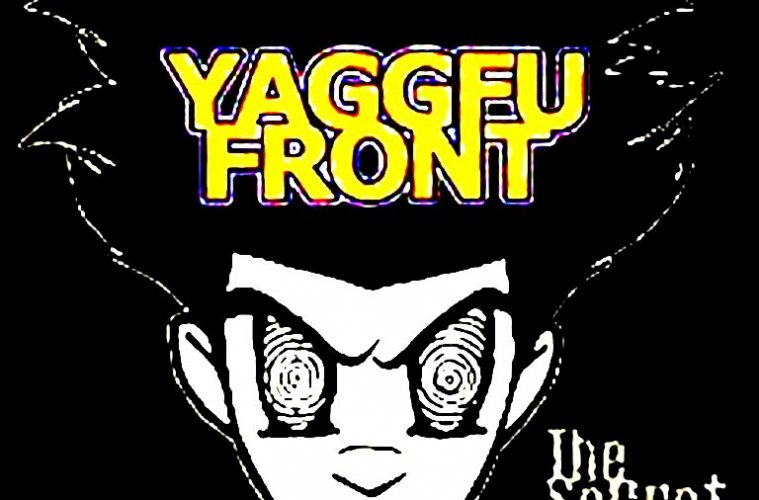 These days, if you think North Carolina rap, you’ll probably also think of taking your shirt off and spinning it like a helicopter. If that’s the case for you (as it was for me), then let me suggest that you take a listen to the Yaggfu Front’s “Secret Tapes” and get enlightened to the fact that NC is home to some very talented cats.

First arriving on the scene in ’94, the Yaggfu made some noise in the underground with their debut LP, “Action Packed Adventure.” I must admit, though, that until now, I had been sleeping on these fellas. Maybe it’s the fact that I live up in Canada, but regardless of why I missed out on the Yaggfu in the first place, it’s something that I’ve come to regret after bumping “The Secret Tapes.” What we have here is a collection of unreleased cuts that span almost a decade; tracks are included from 1992 all the way up to 2001. And listening to the album, I’ve got to wonder why the hell some of this shit went unreleased for so long! Instantly enjoyable tracks like these with their high-caliber beats and memorable lyrics should not be left to gather dust.

If there’s one thing that can be said about the Yaggfu Front, it’s that time hasn’t slowed them down at all. The old tracks on the record sound just as fresh as the new ones, and vice versa, and that’s not something that many groups can claim. The group’s three members, Spin, Deranged and Damage, and Jingle are all equally dope, and work together to create a sound that I can best describe as De La Soul meets The Pharcyde, with an emphasis on the former. And of course, there’s that little bit of Kakalak flavor thrown in that makes their sound uniquely their own. Vocally, Jingle might remind you of Dave from De La, but all three MCs possess the vocal clarity of someone like Gift of Gab, while maintaining a very humorous quality. In fact, the only problem I had with the record is that, despite all being great to listen to, it’s hard to distinguish one member from the other. But that’s a minor gripe. On the production side, it’s all handled in-house, and with these results, I can see why. The group knows exactly what beats they’ll sound nice over, and exploit that to the fullest.

A prime example of this is the trippy “Hard Headed Niggas.” My favorite track on the album, it features a stumbling, bass-heavy beat that’s just slightly off-kilter enough to match the crazy stuttering of the chorus. It’s Alice in Wonderland shit: a track that could have been quite mundane is skewed enough to come out sounding exceptional. The opening cut, “Roll With the Yaggfu,” is the perfect way to start the album – it will have you singing along with the hook the first time you hear it.

“Plastic Fantastic” is a track that gets huge props because of its creativity. Mixing a simple synth loop with a cavernous drumbeat, Yaggfu warns about the evils of credit cards and what can happen if you abuse them. I know that on paper, it doesn’t sound so hot, but again, it’s all in the execution.

“The Love Scene” is the first of two VERY Prince Paul-esque skits on the album. But unlike the hilarious “Mr. Buck” skit, which comes later, “The Love Scene,” seems out of place. Basically it’s just the audio portion of a sex scene from a movie with the Yaggfu crew talking over top of it. I’m still trying to find what the significance of this track is, as it is the only weak point on the album.

“Walk Around Town a.k.a. Thinking Caps” features a truly nice jazzy saxophone & trumpet sample and a crazy catchy bassline combined with all kinds of lyrical imagery. This seems to be the track on which the group really tested the limits of their flows. They’re all over the place vocally on this one, and it makes for interesting listening. “Fling-a-Ling Style” from ’92 sounds like it could have appeared on “3 Feet High and Rising..” with its old school drum machine and bass beat. As if acknowledging this fact, it features the line:

Switching the tempo up completely on the aptly-titled “All Slow,” Yaggfu show that they can not only rhyme at just about any speed, but also get a little philosophical as well. “Jump On It” takes a familiar breakbeat, funks it the FUCK up and becomes an instant neck-snapper.

“Listen” is easily the standout track on the album. It’s got the most original beat, with Eastern-influenced strings and a nice groove. But what’s really amazing about it is Esau’s guest appearance. Oh shit. Basically, I hope you’ve got a sturdy rewind button on your stereo, because this verse will sure put it in use:

“..I got writer’s block
Just gimme the mic and I’ll babble
incoherently about anything like my name was U-God
And what does it matter, that I say nothing with the words I spit?
By today’s standards, it’ll be a sure-fire hit
‘Cos most consumers are fuckin’ IDIOTS..”

There’s so much more, but I’m not about to write the entire verse. But like the whole entire rest of the album, I say to you, just go LISTEN TO IT, goddamnit. The album closes on a slightly less stellar note with “Future Shock” which has some very deep lyrics. But musically, it just fails to hold the listener’s attention after the amazing “Listen.”

There are only eleven tracks to be found here, and that is a shame. But rumor has it that the Yaggfu are gearing up to put out a new release sometime this year. I know I’ve got my fingers crossed. This is a group that deserves to be much more famous than it currently is. Fans of intelligent, high-quality hip-hop owe it to themselves to track down the Yaggfu’s music and give it some play.