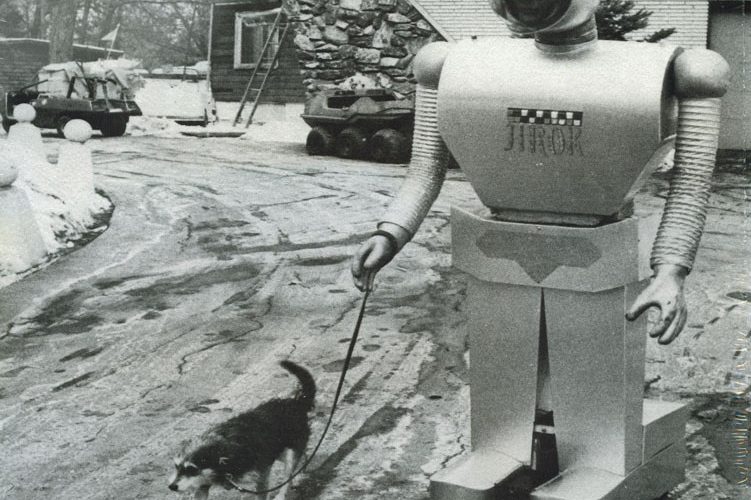 Hey you know everybody’s talkin’ ’bout the good old days, right? Everybody, the good old days, the good old days… But only white boys seem to really try to bring them back. No really. Out of the small number of rap artists who go so far as to let their nostalgia for earlier eras influence their music, the most fervent may be white rappers. The headlining act in this retro show are undoubtedly Ugly Duckling who probably make more lyrical references to old rap records than all mainstream rappers combined. But unlike your Fabolouses and your Malices, they don’t stop there, as they try to bring back the fun that was at the beginning of their love for the music.

Then you got Necro who wraps his lisping lips tightly around Kool G. Rap’s steelo, you had that Rage Against The Machine video (“Renegades of Funk”) paying tribute to past hip-hop greats. Further visual evidence can be found inside DJ Shadow’s “The Private Press” CD, where you’ll come across stacks of homemade tape dubs bearing all those names belonging to a time past. And finally there’s Edan, originally from Baltimore, now making moves around Boston, who has turned himself into some type of living storage device for ’80s hip-hop. Last, and very much least, I’d like to include myself in that line-up, getting all giddy when hearing names like T La Rock, Just-Ice, MC Shan and Mantronix.

It has become a nerd type of thing to do, to preserve the memory of the many classic and the equally numerous obscure hip-hop songs most of today’s rap listeners were too young to witness first hand. Edan himself excels at the task, which in his case must have required a great deal of crate-digging, with him being very young himself when the shocking language of “Straight Outta Compton” first drew him in in 1988. At the same time Edan is out to prove that nerds can be quite good at cool things. Cool things such as rapping, scratching, and making beats. Because Edan plays every position, and despite his young age, he’s well versed in the ways of old.

His attempts to recreate the dirty, distorted, low-fi sci-fi, booming, pounding, neck-snapping sound of legendary producers such as Kurtis Mantronik, Paul C and Marley Marl may not always be as refined as the originals, but they serve the cause well, charging up the atmosphere with the same static that made his predecessors get amped. To put it short, on “Primitive Plus” Edan resurrects the art of buggin’ out (no, not ‘thuggin’ out’, that’s something different), whether on the mic, behind the turntables or the sampler, “cold gettin’ dumb in the name of Sir Vicious” (that’s Just-Ice, for you non-nerds).

So don’t expect his lyrics to make sense throughout. They have elements of battling and bragging & boasting interwoven, but they ever so often cross the border into the surreal, where the sound of (rhyming) words becomes a musical experience in itself. At one point he even admits that he’s “not gonna say anything significant, you know, but it’s gonna be battle rhymes – and it’s gonna sound pretty.” The most intriguing thing may be that Edan feels at ease in any situation, whether he’s charging full speed ahead (“Migraine (Almighty Dust Mix)”) or taking it easy like Sunday morning (“Emcees Smoke Crack”).

Sonically, be prepared for Edan’s “mega-dumb reverb” to clash with “a beautiful array of cut ‘n scratch configurations.” Dope jams like “Mic Manipulator”, “Syllable Practice”, “Humble Magnificent” and “You Suck” might very well be hip-hop classics by now if they would have been conceived 15 years ago. Straying from the formula, “Key-Bored” takes a stab at contemporary hip-hop productions with a simple but sweet loop of Mozart’s “Turkish March”, pushed forward by a basic bumping beat. Apart from Eli producing this short ditty and Mr. Lif and Father Time making guest appearances, “Primitive Plus” is a one man show with the hip-hop gods benevolently looking down on this young apprentice. So that what he wishes for when he quotes Rakim in “One Man Arsenal” ultimately becomes true – to “bless the mic with the gods.”

Make no mistake: With that much recycling and the absence of any lyrical depth, Edan is not on the same artistic level as most of his idols, and it’s a good thing he doesn’t try to be. Unless when he’s mimicking Kool Keith on “Ultra ’88” (which he explicitly has to define as a ‘tribute’). But like all his references, this one is playful as well as to the point. It goes without saying that rappers talk a lot of bunk and that Edan is no exception. The only thing you should take serious is his professed love for hip-hop and the exciting music it brings forth.

Depending on your tolerance level, “Primitive Plus” does have more or less awkward moments. I personally have to draw the line where his identification with rap’s blueprints goes as far as portraying the role of the criminal (“Run that Shit!”). Leave that to Kool G. Rap. Similarly, “Sing it, Shitface” (a 12″ single-turned-CD bonus cut) seems aimed at a crowd you should not associate Edan with – people who don’t know much about hip-hop’s history but all the more about some suburban underground legend who made his first track in 2000. Surely Edan is way above their league:

“Dreamin’ about battlin’ a petty MC?
I’d rather trade bars with the likes of Moe Dee
T La Rock, the fundamentals, cause I’ll never be above that
I’m only 21 and I know all the words to “Love Rap” Sucker…”

Also, those already familiar with the phenomenon Edan the Humble Magnificent, may be disappointed by the fact that “Primitive Plus” the CD contains only 6 tracks that weren’t on 1999’s “Primitive Plus” EP. For the rest of us, “Primitive Plus” is an adventurous journey through the mind of a true fan who lives up to Masta Ace’s credo formulated in “Slaughtahouse”: “Started making records but I’m still a fan.”