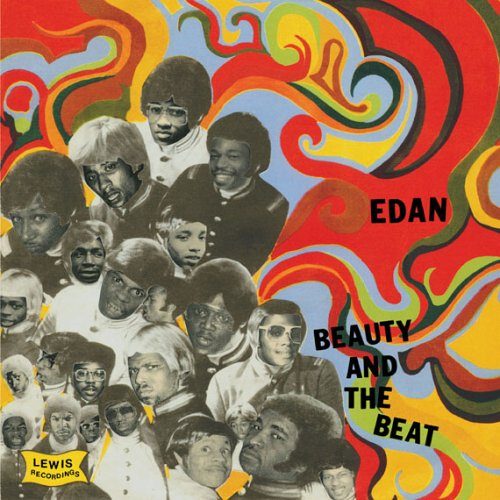 Edan :: Beauty and the Beat

Hip-hop music frequently borrows from other genres of music, as well as recycling its own past breaks, samples, and lines for new purposes. A significant portion of rap relies on liberally dipping into previous records in order to craft something fresh. Lyrically, “Paid In Full” is probably the biggest victim, the source of inspiration for countless rappers and DJs who are looking for something to dissect. In terms of production, since there has never really been a definite standard set like Rakim did in ’87, a variety of early influences are frequently used for creative purposes.

Most of hip-hop music is relatively progressive, interpreting or using music from the past in order to fit the artist’s style or alter it for the better. Rarely does an entire album flaunt its influences in such a way as to revisit the past. Boston native Edan’s “Beauty and the Beat” goes far beyond simply borrowing, reaching point where it fully embraces and practically embodies the two types of music that it is intended to evoke memories of. His music is distinctly his own, but he channels the feelings of two types of music into one, creating something that is powerfully reminiscent of both, but highly artistic and original.

The first of these elements is the golden era of old-school rap, a time of wickedly hard beats and the first touches of real experimentation. This record contains plenty of subtle nods to this period, found in lines such as “from Rakim to Caz, to Lakim Shabazz,” as well as the rock-hard drums that the album is formed around. Edan is not trying to hide this connection, though, as evidenced by the old-school ode “Fumbling Over Words That Rhyme.” Here he name drops everyone from the true founders to more modern acts like Organized Konfusion and Nas, demonstrating impressive scope in the process. The naming of so many old-school stalwarts explicitly evokes memory of a different time which the album is meant to resurrect. Interestingly, at points throughout “Beauty and the Beat,” Edan’s voice sounds strikingly similar to Big Daddy Kane’s, which adds to the old-school atmosphere without being gimmicky.

The other era of music that Edan stirs up is the hippie age of sixties psychedelic soul music. This is achieved through extensive sampling, which is almost perfectly blended into each track. The aforementioned “Fumbling Over Words That Rhyme” features a female singing the title in a jingly fashion, dug out of the heart of the acid-drenched memory of the sixties, which creates a striking juxtaposition between the sharpened edge of the drums and the dreamy quality of the sample. The breathtaking “I See Colours” begins with the line “Prince Paul already used this loop,” and after his first verse the song warps into an impeccably placed sample that is alternately eerie and calming. His rhymes actually return to the sixties as well in places, as he proclaims “without the LSD, I see colours.” The beat is far more subtle here, which brings Edan’s rhymes to the front and emphasizes the sample even more.

Edan settles down a bit at times, such as on “Making Planets” with Mr. Lif, but everything is just a bit twisted. If he thinks a song is sounding too straightforward, he’ll fade out with some disconcerting sound effects. The result of this is that the listener will stay on the edge, not knowing what to expect. “Smile” is as bizarre as it gets, with a nearly intolerable beat and Edan’s rhymes about a tortured musician. The grating beat disappears suddenly as more sampled vocals calm the speakers down before a climactic, Radiohead-esque finish.

Lyrically, Edan is not extraordinary, but he has a commanding presence and his rhymes are very original. Upon closer look, most of the songs have a concept behind them, though on the first few listens you will be lost in the random patterns of the music. The music on the album is technically not original, but the final product is unlike anything hip-hop has heard. A couple of the tracks are a bit hard on the ears, but with the variety of experimentation, this is expected. The best moments, especially “I See Colours,” are so sublime that the more difficult material is easily forgiven.

The biggest problem with “Beauty and the Beat” is its length. The record clocks in at only 34 minutes. If you thought “Illmatic” was too short, don’t waste your time here. It is a bit trying to get lost in the music, then look up and realize that it’s coming to a close. There are thirteen distinct tracks, which make it a bit better, but 34 minutes is still excruciatingly brief, especially given the quality of the content. A bit more material would have been nice, but quality always comes over quantity. The brevity shouldn’t be significant enough to keep open-minded listeners away.

“Beauty and the Beat” is a rare, valuable record that channels two markedly different types of music into a new one, a collage of sounds that hasn’t been heard in a very long time. There is ample evidence of Edan’s influences, but the sampled and referenced music is not at the forefront, because the new creation is far more than simply a couple of loops thrown together. The most remarkable aspect of the album is that it never loses accessibility because nothing sounds out of sync or forced. Every soundbite is placed with the utmost care, and anything that is not easily digestible will still be appreciated. Edan is one of the few artists that are willing to take a risk, and on “Beauty and the Beat” it really pays off.