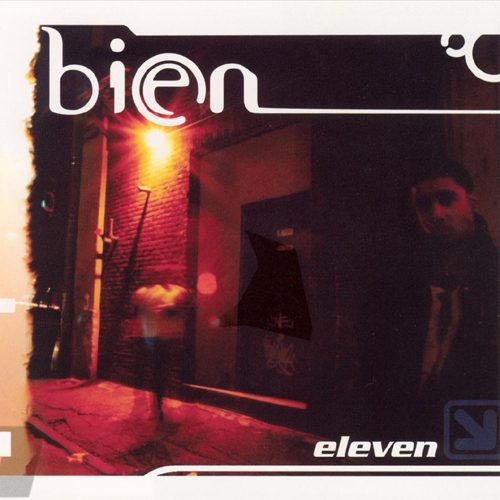 One thing you better don’t do when you’re a rap fan is start thinking about the names you come across. Because let’s be honest, the rap world is full of completely inane names. Some names, however, do make sense and actually tell you something about a rapper’s attitude. Names like Ludacris and Fabolous give a pretty accurate description of their owner’s (projected) rap persona, right down to the intended spelling errors. Boston’s Bien gives off a similar impression. With his nom de plume alone he sets himself apart from his peers: “The name’s Bien cause ‘bien’ means good in French.” Never mind that he pronounces it more like the Spanish adverb ‘bien’, Bien is indeed ‘good’. The problem, however, is that ‘good’ is never enough for the overblown hip-hop universe. It is both Bien’s blessing and his curse that he somewhat lives up to his name.

The 21 year old possesses a calm, comforting voice that makes him apt for the more intimate and introspective moments of his album. Take “Piranha”, a metaphorical piece where he cautions kids who succumb to the streets with clever sea imagery:

“What you gon’ do ’bout barracudas
the type that’ll look at you first, then bite through ya
the lagooners who don’t care ’bout small tunas
and swim with sharks while dodgin’ harpooners
I heard rumors that the eels was gon’ electrocute ya
barbeque ya, throw you on the grill and skew ya”

Likewise, “Maxx to This” is able to get through to the listener on a personal, non-confrontational level, proposing a time-out from our daily stress. Bien and producer Matt James harmonize well, each building up the song in his own department, James with various keyboard elements adding up, Bien retracing all the way back to the conception of the song:

“I had a thought all alone in my room that there was somethin’…
It was definitely somethin’ I was s’posed to do
And when I thought about it, that’s when I knew
that I had to write a song for you
Let me tell you how I start the tune
I concentrate just to set the mood
and put everything around on mute
sorta like I’m inside of a booth
I’m tellin’ the truth
That’s step 1, step 2 is to execute”

It’s those simple verses building on inner cohesion that become Bien’s fortÃ©. While he knows how to map out his thoughts, Bien’s overall performance has several features that make him lose some cool points with the hip-hop audience. His similes, presented in the same soft voice, often border on wackness. Stuff like “I’m A1 like steak sauce,” “we keep it chill like permafrost” and “I get heated like Elio’s Pizza / but stay cool like I’m up in the freezer” is sure to get a few unwanted laughs. He also has the habit of forcing uncooperative words to rhyme. It may be a way to bend the rules of rap that not only the most commercial of today but also the best of all time have engaged in, but when you witness an unspectacular rapper like Bien do it, it doesn’t sound courageous, it sounds clumsy. Finally, with his melodical yet otherwise unwavering voice, Bien is ill-advised to go into battle routines like he does on “Tomahawk” or “The Nasty”.

With much of its music being as close to pop and electronica as to hip-hop and with a rapper conveying the unusual sentiment of honesty, “Eleven” (named after the 11 songs it’s comprised of) could have been one of the first rap albums to successfully combine the intimacy of pop music with the expressiveness of hip-hop. Sometimes, Bein succeeds. “Where’s Johnson” is enigmatic enough to leave you wondering what it’s about. The lascivious “End of Discussion” is a classy sex joint that should teach Khia a lesson in subtlety. “My Area” isn’t your typical gloryfiying hometown anthem, but a detailed look at Bien’s Beantown biography, from:

“Had a little sis, parents got divorced and then split
We used to bounce back and forth between cribs, you know how it is
when you gotta get up early at 6
cause the traffic in the morning’s a bitch, three in the whip
all on our trip to our high school up in the sticks”

“Picture this, get an audience
Keep layin’ down tracks like carpenters
in the Beantown, yo, let me caution ya
cause you can even smell the liquor on the officers
And even though I stay broke like promises
I try to shake things up like Parkinsons
like the Red Sox movin’ out to Providence
watchin’ Fenway turn into a pile of bricks”

Clearly, Bien needs a topic to guide his writing. Let him enter “Basic Training” or imagine he’s a “Tomahawk” and the results are close to disastrous. Bien is much too tame to survive in the cutthroat rap habitat. The same goes for producer Matt James and his experimental beats. But together they’re clearly on to something, a fusion of pop and hip-hop that can either fail miserably (“E”) or succeed gloriously, as in the case of “Chlorine”, where Bien’s rap-trained reasoning meets singer Genevieve Jones’ eerie singing. Being that “Eleven” is their first effort and both men seem to possess a certain musical maturity, coming up with a even more insightful project should be no problem. In the meantime, for some hip-hop with an indie pop twist, check out “Eleven”.