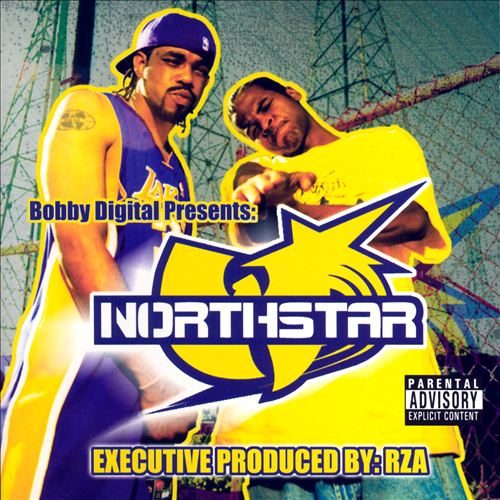 It seems that all hip-hop producers have one specific period of time when everything they touch turns to gold. For RZA, this was the early to mid-90s, from lacing Wu’s first album to all the solo albums. Though moving to the business side took his concentration (obviously) away from the beats for many years after, Wu affiliate Northstar’s new album, Executive Produced by RZA, is his attempt to return.

Left coasters Christ Bearer and Meko flow over about four RZA beats, while Armand Van Helden, Wu favorite Mathmatics and even D.R. Period step into the mix. What we get is an odd combination of religious reverence, sophomoric humor and laid-back melodies. The album starts off fairly strong with “Luv Allah” featuring Kinetic, a mystical, mellow tune with a decent sped-up soul sample. It’s a brave choice for track 1 â€“ one, because it is reflective and sensitive song. Two, the cut isn’t really reflective of the rest of the album, which is why it may have been track 1 in the first place. Nevertheless, Northstar comes with interesting lyrics:

“We get free from the bullshit
People try to put people in pulpits
I stretch out and pull quick
Releasing all the anger from the back of the brain
Attack the game in a different mindframe
We’re all human beings controlling demons
Your body could breathe in or stay blind dreamin’
You’re listening to some keen men with keen plans
To fertilize the land is the first demand
That’s the reason why I work the way I would as a force of energy
I can down berries that they had marked for centuries
Northstar creating history
Doing things the way they suppose to be, so why don’t I take you with me”

And then, right when you’re expecting a Mos Def special appearance or something, “We Got It” starts with the chorus:

“You know we got that
We got cars, jewelry, money, bitches
Lolos and fours, 20s, switches
We got it”

I was expecting them to flip the gangsta shit, a la dead prez, and really talk about righteousness and reverence. Instead, we get another song about getting bitches and hittin’ switches. Shit’s kinda boring, even with Mathematics’ tight beat. That’s immediately followed by a stupid-ass skit about a gangsta named Calvin Cooler that crashes a party â€“ and the skit returns two more times later in the album. Even worse, one of intermissions takes a shot at 50 Cent, which is just embarrassing when their skits make Enter the 36 Chambers’ performances seem like Shakespeare.

The problem with the skits, and ultimately the album, is that Northstar’s ideas aren’t fully developed. Cautious tales like “Duckie” don’t hit home, while love ballads like “Destiny” don’t even make any sense. However, things do come together on the final cut, “Black Knights of the Northstar” featuring Doc Doom and Midnight. Over a nicely chopped singer sample, courtesy of Mix Jive Musick, Northstar flips some solid lyrics.

“I keep hearing footsteps in the dark
And “Killa killa killa killa” in the S shark
Christ Bearer the monarch
The west coast hip-hop shark
You motherfuckin’ mark
I coerce and nurse the universe
And immerse the universe from the Mecca to the first
I rule the world like my name was love
Then knock your ass out â€“ iron fist, velvet glove”

Beatwise RZA’s in charge, so a couple tracks do shine. “64” is classic Wu, “Ballin” has the nerve to flip (successfully) Tony Toni Tone’s “Anniversary”, and “Nuttin” does a sped-up 80s beat well. Unfortunately, for a Wu-affiliated album, it’s not even in the same area code as “Ironman” or even “Iron Flag”. It reminds me of Philly’s Most Wanted vs. Clipse, where they both had Neptune beats, but the former didn’t have the skills to take it to that next level like the latter. As it is, “Bobby Digital Presents Northstar” sounds more like a cover-all-bases demo than a cohesive album.

For Wu completists only.