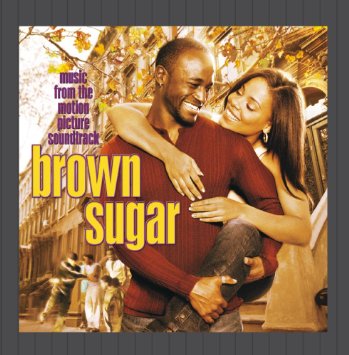 For no good reason whatsoever, RapReviews has overlooked reviewing this soundtrack. It’s a mistake I intend to rectify. “The Black Album.” Dante Smith, b.k.a. Mos Def, plays the role of Chris. Dana Owens/Queen Latifah plays Francine. The list of rappers and actors in this movie is like a Hollywood hip-hop who’s who, sans Ice Cube. It’s not surprising then that the soundtrack for the film would also heavily represent hip-hop. In fact, when you pull out the liner notes from the front of the CD, the flipside reads “When did you first fall in love with Hip-Hop?”

For me, the answer is 1983, but that’s neither here nor there. What’s here is that this soundtrack is undeniably “Black on Both Sides” given that Mos Def is featured on four tracks. In fact, almost the whole presentation feels like a tribute to hip-hop music and culture. If you’re a fan of Common Sense or The Roots, don’t be surprised if you experience deja vu. Erykah Badu and Common record “Love of My Life (an Ode to Hip Hop),” but later on in the soundtrack The Grand Wizzards remix “Act Too.. The Love of My Life” by The Roots – this time sans Common but with more lyrics by Black Thought:

“My desire to groove was overcomin my fears
I got a ‘Planet Rock’ record, I stole from Blair’s
I’m fin’ to throw a disco up in my room upstairs
Put the needle to the record let it soothe my ears
It goes – Party people, this groove is so sonic
We fin’ to get you high as a kite, with no chronic
Who can tell at the top, but it’s better than brain
I fell in love with the culture, was never the same”

Hmm, that does sound like 1982-1983 to me, despite never having boosted a record. That’s not to say I didn’t fiend so hard for hip-hop I wouldn’t have just to get a fix. There’s plenty of hip-hop here to make you fiend like that too, old and new. Remember the classic “7 Minutes of Madness” mix of Eric B. & Rakim’s “Paid in Full?” It’s here. The included Blackalicious song “It’s Going Down” featuring Lateef the Truthspeaker is just such a classic in the making:

Gab: “Well it’s the microphone ripper, party-rockin Gift of Gab
I hit the scene, lift you on my beam
And send you through my high plains
Mind-train shiftin through your migraines
Spit with that I hit with patterns get you twisted sideways”

Lateef: “And I’m the head honcho, sport golden tonsils
Inventin new styles all the time like pronto!
Four by four, runnin over suckers like a Bronco
Haters say the lyrics ain’t gonzo but they wrong though”

There’s too much here not to like. From the reunited Black Star giving up the “Brown Sugar (Raw)” to Hi-Tek proving that “No One Knows Her Name” with the help of Big D and Piakhan, it’s all good. Even the purely R&B tracks like “Bring Your Heart” by Angie Stone and the “Time After Time” remake by Cassandra Wilson will stir your soul, and Mary J. Blige’s “Never Been” reaffirms her self-proclaimed status as the Queen of Hip-Hop Soul to be the real deal. By the end of the album, after Mos Def has refined things from raw to “Brown Sugar (Fine)” it’s still not enough. Thanksfully, it doesn’t end there – the bonus track “You Changed” by Jully Black is all that. Over the years people have used (and sometimes abused) the phrase “the darker the berry, the sweeter the juice” to define why nubian women are so sweet, but listening to this soundtrack you might suspect D’Angelo was right – there’s brown sugar in the mix too.