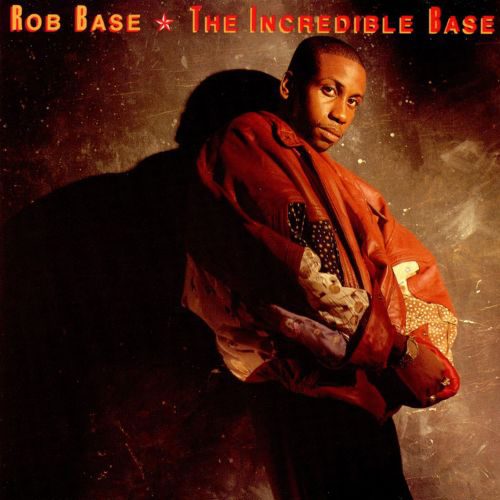 Rob Base :: The Incredible Base

It’s easily one of the most sampled, scratched, and/or imitated phrases in hip-hop history: “I wanna rock right now!” Do you know who said it? You do if you remember the second line of the 1988 song that it comes from: “I’m Rob Base and I came to get down!” With his partner DJ E-Z Rock, the the funky Harlem born rapper made the single “It Takes Two” from the same titled album one of the best known rap songs worldwide, on a par with Sugarhill Gang’s “Rapper’s Delight” and N.W.A’s “Fuck Tha Police.” It may have even subconciously influenced the fast food diet of millions for a generation thanks to the hilarious rap line “I like the Whopper, fuck the Big Mac!” The song tore up dance floors the world over thanks to a perfectly chosen beat, flawless bassline, an excellence of sampling execution and Base’s own slightly nasal rap paired with E-Z Rock’s DJ skills. It was an instant classic then, and is still legendary today.

It’s no surprise that the follow-up album, 1989’s “The Incredible Base,” was one of rap and/or hip-hop’s most heavily anticipated albums of all time. Fans of the previous album were in for a bit of a shock though, as DJ E-Z Rock was nowhere to be found. What happened? To this day, it’s still one of the great unsolved mysteries of hip-hop history. The only reasons that have ever surfaced sound like rock’n’roll music’s most tired cliches: “personal problems” and “creative differences.” Whatever the cause, Mr. Rodney ‘E-Z Rock’ Bryce was no longer on the cover, and hasn’t appeared on any album since this one. If someone knows him, tell him to holla at RapReviews. We’d love to know what REALLY happened.

What seemed odd back then seems even more perplexing when listening to “The Incredible Base” and hearing Rob give E-Z Rock a shoutout at the beginning of “Get Up and Have a Good Time.” For hip-hop fans of the era it has to be incredibly confusing to hear this song and the popular remix of “You Must Learn” by Boogie Down Productions – the samples and beats were almost EXACTLY the same, and clearly came from the same source record. It’s not listed in the credits, and that’s not surprising when you consider that Base and Rock were sued by Frankie Beverly for a Maze sample on the “It Takes Two” hit song “Joy and Pain.” Regardless of who used it first, the songs couldn’t be more opposite in their approach – KRS-One’s strident call for pro-black education versus Rob Base’s party attitude and desire to get cheap pops from radio DJ’s:

“Profilin, gettin wild and
Watchin all the other MC’s get silent
Cause I’m Rob, gettin ready for the showdown
(Showdown!) All the other rappers wanna throwdown
(Throwdown!) Get down (get down!) Funky sound (funky sound!)
Flow on the wheels just break it down
Red Alert go bezerk and it won’t hurt
Marley Marl +In Control+ with a lot of soul
[…]
Jeff Fox, the man who rocks the box
Chuck Chillout on the wheels who’s gettin ill
DNA is the man who gives you play
Awesome Two is the one who rocks for you”

It’s a carefree song to be sure, but it does have a hint in the chorus of why Base and Rock might have parted ways – crooners that repeatedly sing the phrase “It’s all about the Rob Base, heyy heyyy, give it to Rob Base.” It is? That seems pretty self-serving compared to their biggest hit, where the chorus had an interesting double entendre: “It takes two to make a thing go right/it takes two to make it out of sight!” On the surface that can be presumed to mean it takes the two of a man and a woman to make it “out of sight” on the dancefloor, but it can also be read as it takes the two of a DJ and an MC together to rock the crowd. DJ Jazzy Jeff and the Fresh Prince. DJ Cash Money & Marvelous. Eric B. & Rakim. Et cetera. It was a proven formula for success in the late 1980’s. Did Rob Base get so gassed off his own fame and fortune that he thought he could do it alone?

Rob Base should probably have reconsidered if so, because this album was a turning point in his career and not for the better. Some of the heart and soul of the previous album seems to have vanished, and Base serves up some songs that are musically and lyrically average at best. “Rumors” could be a textbook example on how NOT to write a dope rhyme: “Who’s on crack? Not me, because I’m makin too much money/and a rumor like that ain’t funny.” Neither is this witless rap and it’s predictable wordplay. “Hype it Up” is like a poor man’s version of a Doug E. Fresh party anthem. If you didn’t guess that “Outstanding” featured a loop from the Gap Band song of the same name, give yourself a kick in the ass on your way out the door (Shaquille O’Neal would use this same uncreative formula four years later on his hip-hop artist debut). One of the few shining lights of this album turns out to be Base’s remake of the Edwin Starr classic “War”:

“This is a beginning, message I’m sending out
To all the rappers who think they got clout
Maybe you do, maybe you don’t
Wanna start a battle with me, but I won’t
Cause it don’t make sense to me, just to see
Who’s the best you see
We got a lot of negativity, in the rap industry
Battling for superiority
Who’s the best? Who’s the worst?
Who’s the good, who’s the bad? I’m mad, listen up now!”

In the decade that followed, this rap song decrying the evils of MC battles gone too far would ring all too true as both Tupac Shakur and Notorious B.I.G. were gunned down at the height of their fame and rivalry. It’s frustrating to listen to Base kick a strong concept with a difficult interwoven rhyme scheme, hear it work so well, then immediately go to banal songs like “If You Really Want to Party” that probably couldn’t make a fly leap off the subwoofer if it was vibrating, let alone move heads or feet. What’s really “Incredible” about “The Incredible Base” is how so much rap success and innovation could be followed by so much dissapointing mediocrity. Five years later Base would take one last stab at a hip-hop comeback, but after this album it was already too late. In the words of Ice-T, Base, “You Played Yourself.”

Rob Base :: The Incredible Base
5Overall Score
Music5
Lyrics5