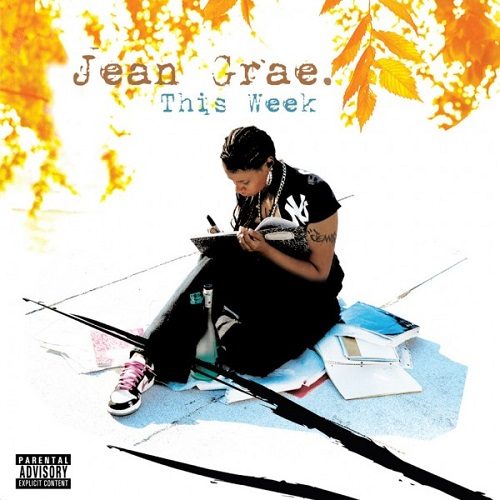 If you were deep into New York subterranean rap in the mid ’90s, the words Natural Resource probably mean quite a bit to you. As the authors of the enduring classic “Negro League Baseball”, the trio’s brainy fusion of relevant lyrical content, neck-wrenching New York street funk and virtuoso delivery wedged its way into the hearts and memories of many. Much like Mos Def’s Urban Thermal Dynamics project, Natural Resource unfortunately has been relegated to being a short-lived, obscure footnote in an underground rapper’s career. Needless to say, the star that shined brightest amongst the Natural Resource triumvirate was the fiery What What, a ferociously intelligent rhymeslinger whose intricately constructed, technically immaculate rhyme structures and acute sensitivity for issues plaguing the rap music she held so close to her bosom belied her tender age. Along with Apani B Fly Emcee, whom she developed an artistic relationship with later on with the seminal DJ Spinna, the newly renamed Jean Grae cemented the female as a force within a workplace typified by testosterone-fuelled elitism and posturing.

As evidenced by two critically-lauded releases, “Attack of the Attack Things” and “The Bootleg of the Bootleg,” what Jean lacks in sperm count she more than compensates for with snarling ferocity, brash confidence and technical competency, often in greater doses than her male contemporaries. With inspired turns on various recent records (Herbaliser comes to mind, plus perhaps the most infectious hook this year, “Soda and Soap” with Masta Ace), a host of interviews with all the major publications (most notably the hilariously sardonic cover story and pictorial with underground institution Elemental), an invitation to join the Legendary Roots Crew and her “Grae Mixtape,” it would indeed be an understatement to suggest that the artist born Tsidi Ibrahim has created quite a buzz for the release of “This Week”, though ultimately it must be said that her well-intentioned efforts to live up to such clamorous anticipation prove to be pleasingly ambitious, yet vexingly inconsistent, as she struggles to purge the same problems that plagued her previous output.

From the bombastic, horn-fuelled intro (featuring Tracy of the eternally-overlooked Jazzyfatnastees, check ’em out!), one thing is glaringly apparent- it is a mystery why Jean has not adopted a new moniker for this new effort, for she is an entirely different entity on this recording. Maybe we should’ve seen it coming- the apeing of the “Black Album” cover on the “Grae Mixtape,” the good-humoured attempts to emulate Hova’s flow on various freestyles, the Yankees fitted and button-up on the cover of Elemental- the revelatory artistic reinvention here owes itself to one glaringly obvious origin (do I even have to say it?). However, don’t get it twisted- this ain’t no Sacario or Angelous, Jean Grae’s artistic tribute to a certain thick-lipped, sometimes-retired emcee is no gimmick- instead, it is a highly ambitious artistic challenge that exceeds anything she has done before. Some artists stretch themselves artistically by writing intriguing concept songs (“Labels” for instance). Jean Grae, having already received rapturous accolades for doing just that (“God’s Gift”) has decided to siphon her trademark fury and smug audaciousness through a different stylistic medium. I can’t even begin to describe the cleverness of this endeavour- one that absolutely smacks of Jean’s precise sense of parody- having voiced her frustrations with not being able to win commercial success, this is a starkly ironic jab at the rap business in the same vein as Prince Paul’s “Politics of the Business,” as Jean poses the question “Will I sell now that I sound like your favourite rapper?” Herein lies the comic genius that is Jean Grae.

As can be expected from someone who has assumed countless personas over the past few years (Run Run Shaw, Nahmin Nahsain, etc.), Jean’s chameleon-esque metamorphoses from consummate emcee on the uproarious “A-Alikes” (where the chorus of “I fall apart, I write just to stay right” rings true with starving emcees the world over) to gun-wielding, bloodthirsty down-ass bitch on “Style Wars” (which boasts a hardcore hook by longtime collaborator and fellow Brooklyn Academy alumni Block McCloud) to doe-eyed and lovelorn on “Give It Up” provide for a thoroughly engaging listen. Throughout the proceedings of the album, Jean’s heartrendingly frank eagerness to shed light on the manifold dimensions of her being serves as a brazen affront to an industry intent on establishing monochromatic personalities- the thug, the true school emcee, the party starter. Jean Grae is all of these at once, and more, and her adamant refusal to adhere to industry protocol enables her to achieve an intimately human relationship with her listener- through all her personas, she remains sincerely human and believable. Jean Grae is not bulletproof- she is fallible and real, almost overwhelmingly so.

So here comes the unsavoury part of the article. As lofty as her artistic ambitions are and as forceful as her content is, one could only wish that she exhibited enough vigour to match the emotional depth of her poetry. Her problem has, from her days as What What, always been a distinct lack of emotional variance and inflection- while her meter, breath control and cadence are almost frighteningly immaculate in precision, one would expect an emotional chasm to exist between the menacing thugged-out rhetoric on “Style Wars” and “Give It Up”, for instance. Instead, Jean’s emotive range is expressed in monotone, stifling the highly substantial material that she presents. From a technical perspective Jean Grae shows absolutely no chinks in her well-honed armour, yet one is left befuddled as to why the vulnerability of her content and the stoic, unwavering fashion with which it is delivered stand at odds with each other. Furthermore, it must be said that Jean’s hooks remain unnervingly uneven. One is left wondering whether “Going Crazy” and “Not Like Me” are deliberately intended to be misguided spoofs of Eve’s “Who’s That Girl” and 50’s “U Not Like Me” respectively. Yet, she is clearly not incapable of penning a sterling chorus- Masta Ace’s “Soda and Soap” and “A-Alikes” stand as firm testament to this.

It should also be noted that the feel of the production on show here is far more diverse than any of her previous output, shifting from the Quik-esque whimsical shuffle of “Going Crazy” (contributed by longtime Dilated collaborator Joey Chavez), the seething street hop of “Style Wars”, the O’Jay’s-like, soul-drenched “Give It Up” (which bears more than a passing resemblance to latter day Ghostface tracks, especially “Holla”) and even several compositions that wouldn’t sound out of place on a Beanie Sigel album- “Whatever” and “Watch Me”, which remind one of “Gangsta Gangsta” and other tracks on “The Reason.” The standouts on the album predictably originate from the mind of North Carolina phenom 9th Wonder, who claims credit for the repetitious but spectacularly brawny “Supa Luv”, which fuses the requisite soul sample and rumbling bass line to result in audio nirvana. The closer, “Don’t Rush Me”, which has been circulating on the internet and vinyl for a few months, is a true banger, as 9th’s Pete Rock and Dilla influences surface as a perfect sonic backdrop for such earnest gems as “I’m sensitive to, well, just about everything”.

Jean Grae’s constant pleas for mainstream attention are well substantiated on this album- with every rapper and his mom attempting to emulate the template (or indeed, blueprint) that Shawn Carter has laid out, Jean Grae trumps them all in terms of invention, profundity and depth, as well as boasting a larger set of cojones than any of them. Maybe we should be glad that Jean Grae has yet to win mainstream appeal, the spite and bile in her belly appears to manifest itself in ravenous lyrical material. If Jean Grae could finally complement her conceptually brilliant, technically developed style with the emotion required, she could very possibly deliver the classic we’ve been waiting for since “The Miseducation Of Lauryn Hill.” Until then, she still craps on possibly any male rapper you can name, but her boundless promise suggests much more.

PS: While I don’t feel this to be anywhere near the seminal work that I feel she is utterly capable of, this is still essential listening from a highly relevant emcee. If you have been sleeping, well, you shouldn’t have been, sucka.