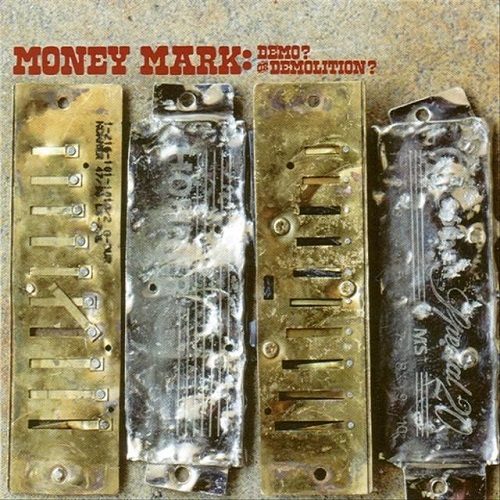 It’s been a few years since Mark Ramos-Nishita released his “Change is Coming” album, a recording that showed Money Mark becoming more powerful in his songwriting and musicianship. The release of “Demo? Or Demolition?” goes back to the days when he would release 10″ EP’s on his own, although these days the songs are more focused than some of the noodling he would do before.

In some circles, Money Mark could have the potential to become our generation’s Neil Young. Lyrically he is very introspective and sings in a matter where you want to pay attention to everything he says, it’s very personal and you want to be touched. Musically, he goes everywhere from mellow jazz to something that may reveal a love for reggae or folk.

Fans of his work with the Beastie Boys who aren’t familiar with his solo material in the past may be surprised to hear no hints of hip-hop or funk on this album. Money Mark doesn’t so much excel in one particular style, he covers anything and everything that comes through and makes it his own, or as the Beastie Boys lyrics said in reference to him: “Just give him some wood and he’ll build you a cabinet”.

In Money Mark’s case, give him the tools and he’ll come up with something durable for the long haul. The title of the EP suggests these songs could be a new beginning, or the beginning of the end, but one hopes the former will lead to much more music before reaching the level of the latter.