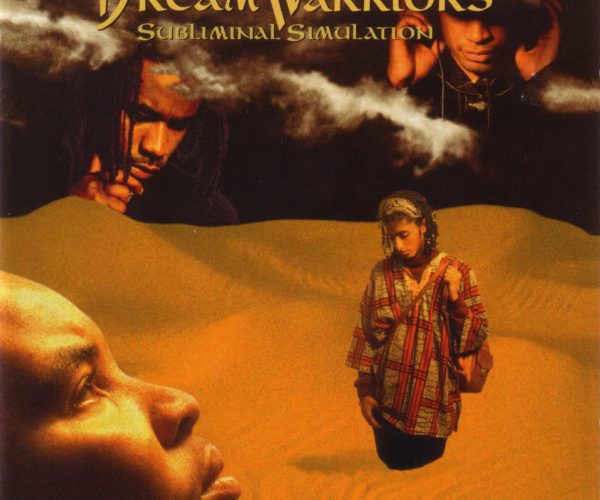 If you share my all-consuming passion for early to mid ’90s rap, you should already know all there is to know about this seminal outfit. If not, you really need to step your game up. As an up North extension of the Native Tongues/Daisy Age explosion in New York, the Dream Warriors crafted a creative legacy that remains unmatched by today’s crop of Canadian artists, reinterpreting their pronounced affinity for jazz and swampy boogie blues through bass-heavy, midtempo rap. As kindred spirits of the Digable Planets and Black Sheep, the Dream Warriors’ music holds an appeal akin to those two troupes, being so ahead of their time that perhaps their genius can only be fully realized in retrospect.

Everything about this record screams mid ’90s, yet it boasts a futuristic sparkle that transcends time, imbuing it with a timeless quality shared by De La Soul’s early output and Black Sheep’s debut LP. A droning stand-up bass introduces “Are We There Yet,” paving the way for raw, insistent hi-hats/snares and the idiosyncratic flows of King Lou and new vocalist Spek. Each track strikes a goosebump-inducing between the unmistakable sound of East Coast rap (the drum sound being particularly reminiscent of Evil Dee’s) and the sultry chocolate soul of Donald Byrd and Miles Davis- the lazy grooves and affecting bassline of “Day In Day Out” provides a spacious soundscape, allowing for ample experimentation with cadence and vocal delivery. The Premo composition “It’s A Project Thing” is unquestionably amongst Premiere’s most subdued and elegant works, adorned with a restrained trumpet and warm synths. “I’ve Lost My Ignorance” adopts a decidedly more aggressive edge as Premo’s barnstorming piano riff accompanies jittery hi-hats, Guru’s unmistakably velvety delivery proving a comfortable match for Q and Lou. Elsewhere, album highlight “California Dreamin'” has an airy, boundless quality that is absolutely on par with Pete Rock’s foremost work, its bliss-pop feel enhanced by the whispering horns that peer beneath the meandering bass and hypnotic rhythms.

This euphoric, breezy feel permeates the album and infuses the proceedings with a genuinely irresistible accessibility. With “Subliminal Simulation,” the Dream Warriors celebrate the spontaneity that fuels both jazz and rap- from the inventive, tangential flows of both rappers to the spoken word interludes throughout the record, each supported by rambling stand-up bass and imaginative percussion, the Dream Warriors successfully recreate the night-at-the-jazz-club feel championed by The Roots and classic Tribe. It is an eternal tragedy that the Warriors never received the commercial acclaim that their more celebrated peers enjoyed, but you can easily remedy this situation and look into this record for yourself. A landmark in Canadian hip-hop and hell, hip-hop in general.