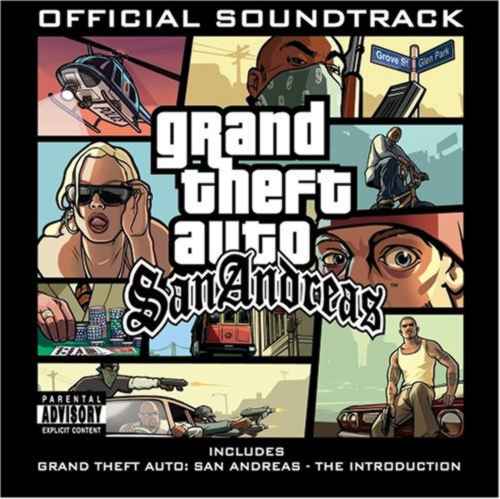 An Amish commune. A space base on the moon. Siberia’s frozen tundra. Buried in a coffin sick feet under. Short of living under a rock the size of Texas, those are about the only places you could be and not have either played, seen, or heard about “Grand Theft Auto: San Andreas.” If you’ve ever heard the saying that there’s no such thing as bad publicity, the Grand Theft Auto series on PS2 (and recently X-Box) has lived up to it in spades. While overly zealous control freaks decry the sex and violence of the games as harming America’s youth and tearing apart it’s moral fabric, consenting adults by the millions plunk down up to $50 apiece for a copy of the games. From the original Grand Theft Auto III that kick-started it all to the Vice City sequel, each game has raked in more at it’s release than some Hollywood movies do in an entire year. And is it any wonder? The games themselves ARE movies, ones in which you can play an active role in shaping the plot and the outcome. And unless you’re some kind of prude, stealing cars and blowing things up on a TV screen is a hell of a lot of fun. In reality you’d get 25 to life for that sort of thing, but in the world of video games you only lose if you get caught.

Personally I find that I get my video game mojo going best whenever the car I jacked is tuned to the hip-hop radio station, and as a result I’m far less likely to end up having to restart at the last save point. Grand Theft Auto games have been getting increasingly more generous with the width and depth of the music they include, and San Andreas is no exception. While last time around Rockstar Games released five seperate volumes compiling radio stations on the Vice City dial, this time they opted to go with a double disc CD that runs the gamut of them all and throw in a bonus “Introduction” DVD just for kicks. Hip-Hop fans need not despair though. After all Michael Hunter’s “Theme From San Andreas” sounds suspiciously like the kind of G-Funk you might have heard from Dr. Dre or DJ Quik in the early 90’s. While hip-hop doesn’t totally dominate this set, there’s a healthy amount of hip-hop ATTITUDE to the mix as a whole.

The first disc sets the standard in this department quite nicely. After the opening theme, Rage Against the Machine’s anti-cop anthem “Killing in the Name” comes in to give things a rap/rock crunch. This is immediately followed by 2Pac’s “I Don’t Give a Fuck” from his debut album “2Pacalypse Now.” The game itself draws cues from the early 90’s West coast hip-hop attitude (and some would say gangsta rap in particular) that swept the nation, so this is not a surprise. Even when the songs are from the East though, like Slick Rick’s all too prophetic narrative “Children’s Story,” they are old school enough to keep the feeling in tact. Classic funk jams like James Brown’s heavily sampled “The Payback” and Rick James’ (bitch) “Cold Blooded” only accentuate the feel. Even when something that’s pure rock like Eddie Money’s “Two Tickets to Paradise” pops up, it doesn’t really throw off the vibe much at all.

Where disc one leaves off, disc two takes over and kicks things into overdrive. It starts off extra funkadelic with the Ohio Players’ classic “Funky Worm.” I’m not at all bothered by the fact they sandwich Heart’s “Barracuda” between it and CMW’s “Hood Took Me Under.” This is followed by Lyn Collins’ “Think About It” (you’ve heard the “LET ME TELL YOU SOMETHIN” sample before, not to mention Rob Base and EZ-Rock using “It takes two to make a thing go right” from it) and P.E.’s “Rebel Without a Pause.” Bell Biv Devoe’s “Poison,” Max Romeo & the Upsetter’s “Chase the Devil,” and Eric B. & Rakim’s “I Know You Got Soul” just keep it rollin’ rollin’ rollin’. Will you be put off by the fact the last cut (not counting the bonus track) is country legend Willie Nelson’s “Crazy?” Well hey if you are, you can always skip it. Shockingly enough, I don’t think it’s that bad. And neither is the rest of this Grand Theft Auto soundtrack. For two full discs of music and a bonus DVD, I’d say this is a good value. It’s not new material but it’s not supposed to be, since the game was going for some throwback nostalgia and the official soundtrack sticks to the script. It’s good hip-hop, funk, and soul with a little rock’n’roll thrown in. If you live with one of those moral prudes who think Grand Theft Auto games are the downfall of society, play them this two disc set. Ain’t nothin’ wrong with gettin’ your groove on.