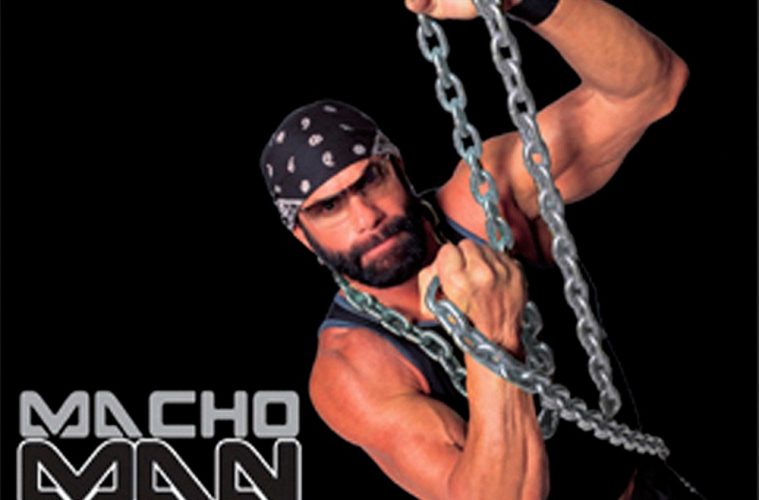 Some of you have probably gleaned by now that I’m a fan of pro wrestling. I happily mark out when I hear rap artists make reference to it in their songs whether it’s Nine getting “hyper like Rowdy Roddy Piper” or GZA saying his style “break motherfuckin backs like Ken Patera.” If you watched last week’s Smackdown or Velocity, you may have even caught a “JBL Fears Shark Boy” sign in the crowd at the Qwest Center in Omaha – that was me yo. I’ll be buying next week’s TNA “Victory Road” PPV and will no doubt see WWE’s “Survivor Series” the week after that. I didn’t arrive at this point without some bumps in the road though. Although I was a fan of pro wrestling as a kid, with colorful characters like Koko B. Ware, Junkyard Dog, Hacksaw Jim Duggan and Jake the Snake Roberts, my enthusiasm waned due to the fact one Hulk Hogan always seemed to be on top. Even as a kid something smelled phony about his “say your prayers and take your vitamins” crap, and the fact that the then WWF seemed to think he was the star everybody wanted to see became a big turn off to me. There were no shortage of other wrestlers who were just as charismatic outside the ring, and unquestionably in a lot of ways more proficient INSIDE it, like Omaha’s own Ted DiBiase or Sarasota, Florida’s hometown hero Randy ‘Macho Man’ Savage. Like many of the great rappers I grew up admiring, from D.M.C. to Chuck D to KRS-One, both seemed blessed with the “gift of gab” when a microphone was in their face, painting vivid pictures with their words of opponents left bruised and battered, and then using their skills in the ring to make good on those promises. Both were also unquestionably shortchanged by the WWF in favor of Hogan, with Savage only winning the world title one time and DiBiase never getting to (legitimately) hold the world title at all.

Of course we all know today what I didn’t know as a kid, which is that wrestling is all “worked” and that who holds a belt has nothing to do with wins or losses, since in reality neither of those things exist when an entire sports performance is scripted. Whoever “wins” is the man the company believes will make their program more popular and make more money for everyone as a result. Perhaps if I had known the difference back then, I wouldn’t have been so disenchanted with Hogan always seeming to end up on top. After all, if Hogan draws money and fans, then all the other wrestlers I liked more would be making more money as well. Then again it might have been just as insulting, knowing that Vince McMahon felt workers like Savage and DiBiase who were as talented outside the ring as inside weren’t going to be moneymakers for wrestling, and refused to take a chance on letting them run with the ball. That kind of thing can make a wrestling fan bitter enough to be an angry mark, someone who knows the show is a work but still expects good entertainment out of it. It’s like going to see a magician’s performance – you know it’s all fake, but you still want to be astounded and surprised by the spectacle you’re about to see. With Hogan on top though the bag of tricks was always the same – knock a guy down, drop a leg on his upper body, and win yet again. I gave up on wrestling for well over a decade, until my wife reintroduced me to a newer and more edgy “sports entertainment” than the one I had known as a kid. The Rock lays some smack down on your candy ass. Booker T wants to know if you can dig it, sucka. Scott Steiner says he’s got the hook-up for all his freaks out there. Well I’ll be damned though – Hogan and Savage are still around. Sure they’re on a different channel working for a different company, but the story’s the same – Hogan is main eventing and Savage is playing second fiddle. How many years of that can one’s psyche take before his ego is so brittle that it snaps like a dry twig?

“Be a Man” is the answer. If it’s not perfectly clear already, I’m still a mark for Randy ‘Macho Man’ Savage (real name Randy Poffo) after all these years. I think the man can still work a microphone like nobody’s business when it comes to cutting a wrestling promo or making guest appearances in “Spider-Man” movies or TV shows like “Space Ghost Coast to Coast.” As a wrestler though, saying he’s a little past his prime would be an understatement – and for the record so is Hogan. Both seem to have a small problem called “letting go of the spotlight.” In Hogan’s case, he keeps his name in the public’s eye by promoting the singing career of his daughter Brooke. She seems marginally talented, so I guess that’s fair enough, although to my eye it feels like he still wants people to be looking at her as “Hulk Hogan’s daughter” and getting to bask in the spotlight by making appearances at every show possible as her proud poppa. Still that’s got to be a better choice than what the Macho Man is doing. Now I said that Macho Man is a good talker on the microphone, in the capacity of acting or promoting wrestling. Somehow he became convinced that this was equivalent to being a good RAPPER, solely on the basis that they both use mics and nothing else. You may have heard some horrifingly bad songs that wrestlers performed themselves in the past (sadly Junkyard Dog’s “Grab Dem Cakes” comes to mind) but Macho Man has taken it to a wholly new undignified level by trying to be a hip-hop MC. What’s even worse is that at some point he clearly lost track of the fact wrestling is a worked sport and believes that Hogan owes him a rematch to settle their beefs, literally. His grievances might be real from a business standpoint but nobody wants to see either “Be a Man” in the ring against each other, despite Savage’s rap:

“Hot diggity damn Hulk I’m glad you set it off (set if off)
Used to be hard Hulk now ya done turned soft
Doin telephone commercials I seen ya
Dancin in tights as a ballerina
I knew all along you had those tendencies
Cuz you’ve been runnin from Macho like I got a disease
Dude, please, your pay per view event was a joke
You’re avoidin Randy Savage cause you know you’ll get smoked
Come on that phony fight the Rock spanked you fast
But when I challenged Hogan to a real fight he passed
I called him out but the punk was scared to go
It was a charity event but the Hulk didn’t show
Hollywood Hulkster, you’re at the end of your rope
And I’m a kick ya in the butt and wash your mouth out with soap
Cause like Rodney Dangerfield you gets no respect
So come on Hulk let’s wreck so I can put you in check”

Three words – OH, MY, GOD. Admittedly it’s funny hearing Savage rap, but it’s the same kind of humor one gets from watching “Manos the Hands of Fate” when a couple of wise-cracking robots are making fun of it. Now the beat provided by Da Raskulls isn’t actually that bad, but once the Macho Man starts trying to “flow” you can forget about it. One has to wonder how many takes it took in the studio to get this right, because it feels about three times too fast for Savage to be getting the words out, even though for most of today’s MC it would be about average. Seriously though, Macho Man always has been and IS still known as a guy whose gruff voice could draw out one word for four or five syllables. It was a combination of the methodical way he spoke and the jacked up way he spoke (not to mention looked) that made his gift of gab so legendary. This is not legendary, unless you mean legendarily bad. When Macho Man asks the question “R U Ready” to hip-hop fans, I’d say the answer most certainly has to be NO:

“We gonna do the damn thing so I hope y’all ready
Savage Man’s gonna rip the microphone like confetti
And rock steady, you should’ve never got me started
in this rap game, now y’all are dearly departed
That’s retarded – a wrestler comin off like this
One that’s lyrically inclined with a mic in his fist
It’s the Savage man with the master plan
I gotcha wavin ya hands sayin (that’s my jam)
Now, everybody’s kind shocked and amazed that
Macho Man’s got yo’ head in a daze and
I’m bout to start a brand new rap craze, cause
I’ll crush ya in the ring as well as the stage
So everybody come on put ya hands up high
Cause we’re comin with a sound that you can’t deny
It’s the M-A/C-H/O-M/A-N
No I’m not playin, I got the place in mayhem”

Once again, the beat from Da Raskulls is not the problem here. In fact it’s pretty damn good, lots of high octane rock’n’roll with alternating notes that get your head nodding and feet stomping. The problem is that it’s just not going to work when you have Macho Man over the track trying to do his best impression of Sticky Fingaz from Onyx, and insulting both in the process. Saying he’s “retarded” makes sense on a level he probably never intended, because if Macho Man really thinks he’s going to start a new rap craze he must have been whacked in the head with Jim Duggan’s two by four one too many times. Let’s just sum it up like this – “Be a Man” is entertaining, but probably for all of the wrong reasons. Wrestling fans who hear this album will no doubt be laughing their asses off. Hip-Hop fans who hear this album will no doubt be laughing their asses off. Neither group is going to take it seriously, and given the ludicrous amount of sincerity Macho Man puts into saying he’s “lyrically inclined with a mic in [my] fist” that can’t be what he intended. Then again, if enough people buy this album just to hear somebody who has no business being a rapper trying to do just that, Macho Man may be the the William Hung of the rap AND wrestling world alike, laughing all the way to the bank. People always thought that Bobby ‘The Brain’ Heenan really hated being called a “weasel,” but he acted like that BECAUSE it got such a huge reaction – he laughed all the way to the bank too. This is a stupid album, but Savage may be smarter than we all think. One piece of advice for the Macho Man though – you’re not getting another match with Hogan, and no wrestling fan wants to see two men your age break what few unbroken bones in your body you have left. “Be a Man” and let it go.