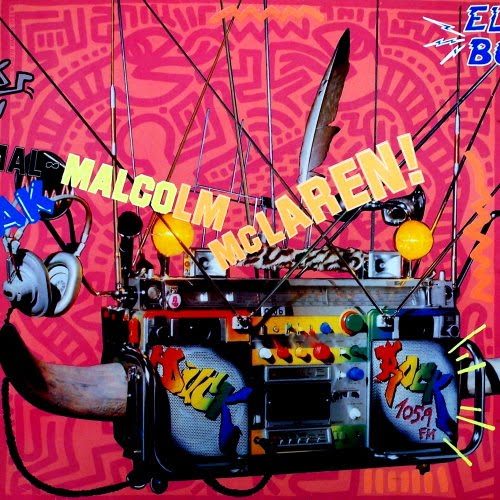 When rap music had made its first impact in the mainstream, the bigwigs weren’t sure what to make of it, and only a small handful dared to touch it. But it was a different story in Europe, where many would embrace the poetic side of the lyrics. Musically, they also loved the harder, abrasive sounds of the beats, at a time when soul/R&B was still coming out of the downfall of disco. Freddie Jackson? Melba Moore? Sure. Prince was still that goofy guy who wore a trenchcoat and thongs, and everyone thought Michael Jackson had achieved greatness with “Off The Wall.”

For the first time, mainstream music listeners were exposed to what was called “college music,” the stuff people had to go “left of the dial” for. It was daring, it was different, and to a degree it was odd. If there was concern as to where the music of the 1980’s would go, all they had to do was tap into The Cure, Siouxsie & The Banshees, or Boomtown Rats.

In the summer of 1982, a man known for being the manager of the Sex Pistols and Bow Wow Wow released a musical project under his own name, a peculiar mix of country lyrics with the music coming from the streets of New York City. A year before anyone ever heard Grandmixer D.ST scratch himself into history with Herbie Hancock’s “Rockit,” there was “Buffalo Gals” by Malcolm McLaren & The World Famous Supreme Team. According to Hancock himself, he was influenced to create “Rockit” and feature a scratch segment after hearing and enjoying “Buffalo Gals.”

In a year that also gave us such anthems as “The Message” and “Planet Rock,” “Buffalo Gals” came out at the perfect time. The record was odd, an old redhead white guy telling people how to dance country style, but laid over some funky techno-pop. Yet it was never considered a novelty, instead the song became a celebration of the dance, from the country V.F.W. hall to the cardboard on the basketball court, McLaren wanted to show a new community in its infancy, and the potential it could have on a global scale. “Buffalo Gals” may have been goofy to begin with, but its recipe was something that tapped into what made hip-hop back then so great. The anticipation of the break in the song was enough to make any B-boy twitch, so as you’re hearing the scratch of “she’s looking… she’s look… she’s… she’s” and that last “aaaaaaah,” it’s time to battle. That brief moment in “Buffalo Gals” is 20 seconds of hip-hop heaven, and it was represented/manipulated by a white guy from London.

Technically, “Duck Rock” does not sound like a hip-hop album. As for McLaren’s actual input in the album, it’s hard to say if he contributed anything but his voice, for the bulk of the music was created by producer Trevor Horn and his production team, which a year later would be known as Art Of Noise. McLaren may have said “here’s my idea, let’s work with it.” Yet if you pick up the album, featuring graphics and artwork from the late Keith Haring, the listener is immediately put int a place which involves being taught a musical lesson. The album begins with an African song, “Obatala,” and while it should sound out of place, you realize that its placement on the album is tapping into where all of this music originally came from. It was going “home” so to speak.

Just as things are sounding beautiful, we are interrupted with a radio broadcast: “you’re listening to the World’s Famous Supreme Team Show, W-H-B-I 105-POINT-9 F-M.” The listener is forced to ask “where is this coming from? Who is this voice?” Immediately we are in the middle of New York City, 1982, and we have tapped into the first massive means of communication for rap music fans in all five boroughs and its surrounding areas: the radio. The radio on the album cover is locked, and we want to listen to the show. Following “Buffalo Gals,” we hear a caller coming in from East New York, which is Brooklyn. Her name is Little She, and when asked what she likes about this World’s Famous Supreme Show, she replies “all that scratchin’ is makin’ me itch.” This leads into “Double Dutch,” but instead of the music sounding like it’s from a high school cafeteria, we are taken to the shantytowns of South Africa. One must ask “what is going on here?”

But the listener is strangely become familiar with this foreign frequency. We are proud to know that C-Divine and Justice, the two members of the World’s Famous Supreme Team, have come in contact with not one, but two females on the phone. We want to hear the voice of one of the callers, Asia. We hear the accents, the flow, the slang, and for anyone outside of the Tri-State area, it felt like the vibe in New York City had to be amazing. It was mecca, a place which for some would involve pilgrimage. Within the radio conversation, we hear yet another sound, the sound of music which may be coming out of the windows of a Puerto Rican family. It was coming in before it would overwhelm and turn into “Merengue.”

It is building to an overwhelming feeling until it stops, and we tap into mysterious network again, this time after the 4am hour. Before hip-hop became a big billion dollar industry, there was still a need to tackle home grown violence in the neighborhoods. C-Divine speaks in the form of two voices, one as a good guy, the other as a guy who wants to tear some shit down. The reference to the Audubon Ballroom becomes one of the first references to the assassination of Malcolm X on a hip-hop record. Soonafter, the music jumps back to South Africa but lyrically the Ebonettes are singing about Malcolm McLaren being the manager of the Sex Pistols and wanting to “Punk It Up.” The rest of the album continues on the same bumpy ride, with the World’s Famous Supreme Team keeping everyone in check, nativating the voyage until we reach the record’s final destination: in the mountains of West Virginia hanging out with the hillbillies.

So what does “Duck Rock” have to do with hip-hop? It shows that if the people who create the music can expand their mind, it could one day very well be worldwide. But the music has to be worldwide too. McLaren has said that the first time he discovered hip-hop for himself was when he saw Afrika Bambaataa walking down the street with a pink Sex Pistols T-shirt. He met Bambaataa and Bam asked McLaren if he was interested in hearing one of his sets. It could be said that “Duck Rock” is a musical interpretation of the diversity Bambaataa was known for, and what Bambaataa wanted to share through his records. Yet if one listens to the album, it also touches on listening to music outside of ones comfort zone, “world music” before it was given a trendy name.

Because of the ethnicity of the man whose name was on the cover, the album’s impact was often spoken about in hushed circles. But from the silliness of mixing up different styles and genres, to the synthesized production of Trevor Horn (one of “Duck Rock”‘s trademarks is its use of borrowing sounds from other sources. It may be one of the first albums where it sampled itself, as the infamous “bub-bub-bub” sample which pops up throughout the album comes from “Zulu’s On A Timebomb,” the British B-side to “Double Dutch”), it created a buzz that would soon be heard in every other hip-hop record in the 1980’s. It would soon be uncool to have a studio band to back up rappers, it was easier and a lot funkier to go through your parents record collection and find new and unusual sounds there. While that had been the case in the early days of hip-hop, it was now possible to digitally construct rhythm tracks from other sources, in a matter which could become full songs. One didn’t need two turntables and a mixer, or a cassette deck with a great pause button. There was something in the air, and the practice of digitally borrowing sounds from other sources would become a phenomenon in itself.

McLaren wanted to share with people this new form of music, but also wanted to take listeners down the path to show what lead to this, by traveling musically and culturally and leading us to the streets of New York. For the first generation hip-hop community, especially for those who lived hundreds or thousands of miles away from the source, the sounds of New York City became a home away from home. Its music, its words, its dances, its graffiti, was code for the greatness that music (and essentially life) had to offer, and teens and pre-teens eagerly awaited to have their first turntables, spray paint cans, microphones, and tape decks. “Duck Rock” is an essential part of its history, our history, explained by someone who had wanted to see it become more than a “ghetto thing.” For better or worse, it has become much more than that, but one only has to listen to the 40 minutes on “Duck Rock” to hear and perhaps remember how it once was, when all of us were all outsiders to something which couldn’t be easily defined. “Duck Rock” represents a time long gone, but it could easily influence people to take things to the next level once again. Here’s to hope.