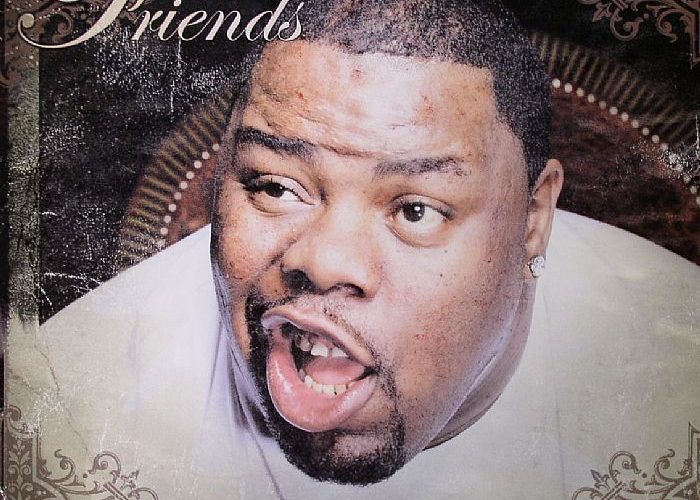 Stateside, Biz Markie’s last full-length was distributed by Tommy Boy, who these days is only a shadow of its former self. Definitely more credit for bringing Biz back belongs to Germany’s Groove Attack label, who after the initial contact (2001’s “Turn Tha Party Out” single) went through two years of postponed release dates, ever-changing tracklistings and sample clearances until “Weekend Warrior” finally came to be, a decade after “All Samples Cleared.” Those were bleak days indeed, when there was no Biz to detract us with his good-natured humor and human interest stories. For a minute it seemed that The Diabolical’s days were filled with completing his various collections (toys, sneakers, records) and deejaying for the rich and famous (Diana Ross, Eddie Murphy, Mike Tyson). Nuff respect to DJ’s worldwide, but in this reviewer’s opinion a Biz Markie is too precious to let him spin OTHER people’s records all night. Hand that man a mic, I say.

A couple of months ago, Groove Attack reaffirmed their relationship with the “Friends” EP. The 12″ contains vocal and instrumental versions of “Friends,” the Erick Sermon feature “Not a Freak,” plus two previously unreleased tracks, “D. P.” and “Look Good to Me.” The CD replaces the “Friends” instrumental and “Not a Freak” with two more new tracks, “Bad Day” and “Come Party.” If you’ve heard “Weekend Warrior,” the latter will be familiar, as it turns out to be a Kevin Brown remix of the Chucky Thompson-produced “Party to the Break-A-Day.” That would be all there is to it, if on this EP Biz Markie wouldn’t dramatically improve over the lead track.

I hate to say it, but “Friends” was – and is – a clumsy attempt at recapturing the magic of Biz Markie’s biggest hit, “Just a Friend” from 1989. BEGGING for a hit usually makes rappers look stupid, and unfortunately even a seasoned hitmaker like Biz is no exception to this rule. As much as familiarity is part of Biz’ appeal, Bill Withers’ “Lovely Day” is a touch too obvious. Biz butchering WAR’s “Why Can’t We Be Friends” chorus doesn’t help either, but by far the worst offense has got to be the bogus story ending. She won’t let you hit it EVEN with a LIFE SENTENCE ahead of her? Okay why not, that sounds like it would fit the plot of a Biz song to a tee – but certainly not in the incredibly lame manner of “Friends.” What makes this EP interesting is that our man does a much better job on the rest of the tracks.

“Bad Day” sounds like something from “The Biz Never Sleeps” with its synthetic, sentimental sing-along horns alternating with a carefully arranged set of measured melodic bass, keyboard tricklings and horn stabs wrapped up in a thick groove. It’s DJ Jazzy Jeff & The Fresh Prince’s “Just One of Those Days” done Biz style, a day of mishaps and unfortunate encounters. And this time, the punch line fits:

“Freak it, I’ll go to a restaurant
I brought a girl with me, asked, ‘What do you want?’
‘Shrimp and lobster, two bottles of AlizÃ©’
I looked at her and said, ‘Hey hey hey!’
She ate all the food and drank all of the liquor
I better bring her home so I can stick her
So I got her to my house as fast as I can
This is like takin’ candy out of a baby’s hand
But when I got her to my room, without no doubt
she was so intoxicated that she passed out”

He stays behind the boards for the next track, which turns out to be another ingenious Biz moment. Introduced by his trusty DJ sidekick Cool V, “D. P.” is everything you hope for in a Bizmark record, as his charismatic drawl sprawls over a smooth groove that should be instantly recognizable. The concept is as simple as it’s intriguing. Only the Biz can pull off a song that is basically a run-down of female first names, and make it sound respectful, clever and sexy at the same time. It’s not just what he would have come up with if he hadn’t been reduced to background singer on Jay-Z’s “Girls, Girls, Girls,” it’s probably one of the finest homages to the female species in rap history. With a little bit of imagination, these dime pieces come alive just by the sound of their names:

On “Look Good to Me” Biz goes into detail, focusing on a particular part of the female anatomy – the bottom. You might not catch the concept the first time around as this certainly is not a “Baby Got Back,” but Biz again gets his point across while producer Megahertz and guest singer Lil’ Kal (contrary to the credits, there’s no Elephant Man feature here) do their best to make this appeal to clubs worldwide. Wrapping things up is “Come Party,” where Biz looks back on his deejaying career. There’s an undeniable old school flair present when he claims “the brother on the mic is most debonnaire / on the DJ tip I’m like savoir-faire,” but the point this EP proves is that at his best, Biz Markie is one of the very few rappers to possess a timeless appeal. So “for all the new schoolers, relax and chill / as the Diabolical just tell ya the deal.”