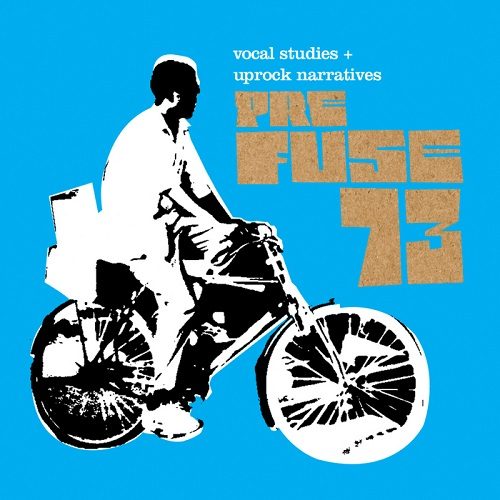 As if you didn’t already know, blip-hop, otherwise known as laptop-hop, is the new black. Magazines like The Wire and URB offer extensive coverage of the new revolution, this bizarre wave of sonic wizards intent on distorting all preconceived notions of conventional pop music with their sample collages and inexhaustible array of digitised effects. The sudden indie superstardom of luminaries like Matmos, Soft Pink Truth, Manitoba, Diplo and Four Tet appears to have rendered live instrumentation irrelevant, with instruments existing merely to provide more samples to chop, splice and loop. At the very forefront of this irreverent revolution is Scott Heeren, whose scruffy, emo-kid good looks (you’d expect these sonic rebels to at least look the part of sneering revolutionaries intent on distorting centuries of musical tradition) and unerring consistency have rendered him the posterboy of electronic music’s most subversive movement yet. This record is, of course the album that catapulted his name into the public conscious.

“Radio Attack” is a monster of an opener, introducing the record with samples of various radio programmes, simulating the search for a killer tune across the tepid terrain of mainstream radio. A distinctively hip-hop groove pulsates steadily throughout the track, as synths, robotic blips and ethereal vocal samples weave and bob their way around the headnod-worthy thump of the track. Gradually the track caves in and is silenced, only to give way to an excursion in intergalactic funk- a chopped rap sample dances atop a lumbering, clumsy mutant bassline that sounds like Timbaland on a few tabs of acid. “Nuno” features an almost call-and-response dynamic, as a trunk-rattling bassline and kick drum fuels a skilful juxtaposition of spliced soul vocals and coarse rapping. Elsewhere, the warm synths and Pete Rock horns of “Smile In Your Face” recall vintage mid â€˜90s East Coast rap, while the stuttered rhythms come across as a bastardization of DJ Shadow and Company Flow. “Point To B” chops up and loops meticulously-cadenced rap samples to add percussive quality to the track, a highly intriguing technique that Heeren manipulates throughout the record to make up for the absence of an emcee.

That’s not to say that dude can’t operate in a more conventional setting though- this is, after all, the man who made Diverse’s “One AM” such a triumphant success. Prefuse 73 displays his formidable beatcrafting talents on a handful of tracks here- the hyperactive polyrhythms and eerie synth refrains of “Life/Death” serve as a perfect backdrop for the CRIMINALLY underrated Mikah 9 of Haiku D’Etat/Freestyle Fellowship, who rides the beat with sublime skill, utilising each kick, snare and ride with fascinating inventiveness. A staple in many an indie DJ’s crates, “Blacklisted” with MF Doom and Aesop Rock boasts a thoroughly engrossing, hypnotic rhythm and subtle, tasteful keys, a sparse and spacious track that flawlessly fleshes out the idiosyncratic deliveries of both emcees.

There’s really no point in resisting- the new era is upon us, and unshaven geeks with impossibly large LP collections have arrived to lay siege on popular music as we know it. Maybe you should stop whining about how electronica and shaggy-haired suburbanite bedroom producers have no place in hip-hop and surrender yourself to the irresistible funk contained within this record. You could of course stand in the corner, convinced that the shimmering reviews surrounding this three year old record have been written by hipster trendoids intent on humping the IDM/blip-hop trend while it lasts. Or you could sit up and realise that Scott Heeren loves hip-hop just as much as you do, that he manages to sound progressive and futuristic while wearing his influences on his lint-covered sleeves and join the goddamn party. I promise you you’ll have fun.