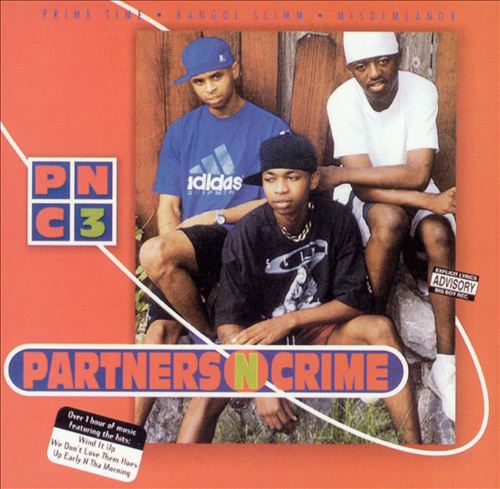 If you browse online you’re sure to find plenty of lists detailing “essential hip-hop,” “pre-requisite listening,” “classic rap,” and various other labels created by people who feel they have some insight on the history and scope of hip-hop music. Most likely you will find an array of tracks from various coasts, time periods, and styles on those lists. Who knows, some of those people might be open-minded enough to point you towards the Bay Area, Houston, TX, Flint, MI, and other little known but equally important cities that produced early and important rap music. A good amount will I’m sure point you towards New Orleans, Louisiana and possibly recommend earlier Cash Money tracks or even tracks by the likes of Tim Smooth, Mystikal, and U.N.L.V. â€“ all of which have had a great impact on Hip-Hop. But out of all the lists on the web I’d be willing to bet that 99.9 percent overlook New Orleans’ greatest contribution to rap â€“ Bounce.

Now I don’t mean to take a “holier than thou” stance when it comes to New Orleans bounce. I myself accidentally ran across the genre, but its importance is paramount in the development of modern day hip-hop. I call it a genre because some people may not even consider bounce a sub-genre of rap, if anything it’s a predecessor. Much like D.C. Go-Go music, bounce was party music at its most basic form. With call and response hooks, a sing-song flow, and upbeat-energetic beats, bounce was more like Caribbean Calypso than modern day rap. The differences, while at times subtle, were enough for the people of New Orleans to give the music its own name.

Back in the day EVERYONE was a bounce artist, even Juvenile started out with “Bounce For The Juvenile,” one of the earliest bounce records. Leading the way in the movement was one time music powerhouse Big Boy Records, who at one point rivaled Cash Money for popularity in the N.O. and even released Mystikal’s first album. Signed to Big Boy were Misdemeanor and Kangol Slimm, two emcees collectively known as Partners-N-Crime. They were later joined by local sensation and fellow Big Boy artist Prime Time to complete what was arguably bounce’s best group.

“PNC3” seems to be a PNC’s last real bounce effort and contains some of the group’s best songs. To the casual listener PNC might seem too ignorant or even simple to warrant anything more than a passing listen, the truth is that PNC WERE about being what some people consider ignorant and they were mainly concerned about having a good time but that doesn’t detract from the quality of their music. With tracks titled “Pump Tha Party,” “Give Me Some (Heroin Baby),” and “Pussy N A Can” it is evident PNC represented an extreme lifestyle in the N.O., but it is this extremity that captured the essence of the atmosphere in N.O.’s projects.

“Thank You Miss Lilly” is a tribute to the local weed lady and in the spirit of bounce manages to shout out every ward in N.O.’s Magnolia Projects. “Pump Tha Party” is another party track that consists almost entirely of call and response chants over a hyper beat. “Give Me Some (Heroin Baby)” actually slows things down and addresses the popularity of Heroin among N.O. youth, and not in a good way. “Up Early N Tha Morning” is a tale detailing a day in the life of PNC. Taken at their face value the lyrics aren’t impressive:

“I’m up Early N Tha Morning, shall I say about six o’ clock?
Bout a fifty and slab, and got a couple of rocks
Broke about twelve, then I chilled on my set
Brought along my two friends, that’s my nine and my Tec
Now I’m coming of age, and I start to having dreams
That I’m, dead or full of lead
two shots to my fuckin’ head
It’s a god damn shame that I’m still in this dope game
I think I’m in the game for the fortune and
Gotta stay on top, hoes can never catch me falling
I’m up Early N Tha Morning
[…]
Up Early N Tha Morning, I catch my yawning
I call out my hoe, cuz my nature got me horny
I get dressed in a second, when it comes to a fuck
Cuz a nigga like Demeanor’s, all about them guts
I take no slack on them hoes, that’s why I’m up early in the morn
I bring the same hoes at night, and then be fucked by the dawn
I’m battle rammin’ the cat, I’m stickin’ that ass in the back
Up and down, side to side you know I like it like that
So all you hoes get it straight, I’m not your ideal mate
I just like fuckin’ them hoes and breakin’ them hoes, and outty y’all break
So all you niggas that’s stuntin’ and braggin’ that you bout to bone her
It’s too late niggas I’m Up Early N Tha Mornin’, Up Early N Tha Mornin’
I jumps up, I grab me two rubbers and I bone outside
Because I’m slooooowed, and all these hoes know
I’m down with Prime Time and my nigga Kangol”

But combined with the reggae inspired beat and the fast-paced chant-flow used on the track the lyrics take a life of their own and fit the track perfectly. Even when the group strays from their bounce roots on tracks like the straight-rap “187um” and the Miami booty-music take on “Wind It Up” the group does a good job. Returning to bounce, they even find a way to add the Jackson 5 to their legacy on “We Don’t Love Them Hoes Pt. II” where they flow over “I Want You Back.”

So why does a group such as PNC warrant importance in the hip-hop annals? Because ultimately the group represented hip-hop in its rawest, purest, and earliest form. What happened in New Orleans during the 1990s was a process that had previously happened in New York and on the West Coast before. While it is the consensus that Hip-Hop was invented in New York and that city undoubtedly influenced everyone that followed, it is clear (to me at least) that Hip-Hop would have been invented even if New York had never existed. The environment that lead to the creation of the music as a voice for the marginalized and a forum for expression and release was present outside of N.Y.C. In a way one can say that Hip-Hop was invented again on the West Coast when Too $hort started spitting his macked out tales over funky bass and N.W.A unleashed their attitude. For those of us who weren’t born when the first emcee started spitting or were too young to yell “Fuck Tha Police,” New Orleans bounce gave us a chance to see Hip-Hop synthesize before our eyes. On top of its historical importance, bounce and especially PNC’s music is/was too catchy to ignore.