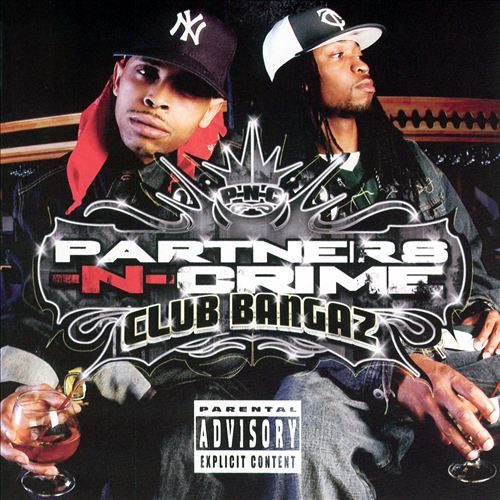 Few artists made a smooth transition from New Orlean’s flourishing Bounce scene in the 90s to the more hardcore rap environment ushered in by No Limit and Cash Money Records. Manny Fresh, Juvenile, and the deceased Solja Slim are some of the few that flourished after the Bounce movement died. One group that failed to make the immediate transition was Partners-N-Crime (P-N-C), a group that at the height of the Bounce movement was among the most popular. Signed to local powerhouse, Big Boy Records, P-N-C released hits such as “Thank You Miss Lily” and “Pump The Party.” Despite attempts by both P-N-C and sometimes member PrimeTime to release hardcore rap records in later years, none made any impact. Looking to give the rap game another chance, P-N-C is back in 2006 backed by Rap-A-Lot records and N.O.’s most prominent rapper, Juvenile.

The bounce movement was based almost solely on party records, and P-N-C maintains the trend here with plenty of songs aimed to make you get up and dance. The lead single and title track, “Club Bangaz,” features a pounding beat by KLC and an appearance from Juvenile. KLC’s tight drum production and sparse horns drive the song, which overall amounts to an average club track. Juvenile shows up again on the island flavored “Poo Shooter.” Juvenile does triple duty here as he assists on the hook, the production, and drops a verse. Overall the song is catchy as hell and has big potential to be a club/radio hit if the ladies are receptive to being told to “shake your poo shooter.” P-N-C shakes things up a bit with the rock influenced party rocker “Ohhh!” It’s probably the first time I’ve heard the infamous Triggerman beat layered with heavy rock guitars, but the track works surprisingly well. Juvenile returns with Skip of UTP to assist on “Bubble Bubble,” a decent track with somewhat typical, but catchy synth production from Sinister. P-N-C makes plenty of other attempts at club music with mixed, but mostly disappointing results. “Ooh! Why?” is a generic track with nothing outstanding, “X and Sex” almost mimics Mr. Collipark’s production style with poor results, “Get On Top,” and “Do It Baby” also fail to drum up anything new with “Do It Baby” using the Triggerman beat yet again. “My P-N-C” mixes both club and street elements with great results as the amped beat is sure to get any club thumping and the bounce-like hook will make anybody sing along.

When P-N-C attempts to make more down tempo music they reach similar results, with a few standout tracks. Both Misdameana and Kangol Slim get blown out the water by Bun B on “Smoke Some’m” mostly because they retain outdated Bounce flows on the track. “Skee Wee” is a successful street anthem about running from the cops in the spirit of the 504 Boyz’s “Hootie Hoo.” “You Ain’t Never” and “Love Jones” are both R&B inspired tracks. “You Ain’t Never” is directed at the ladies and is nothing outstanding. “Love Jones” is a song dedicated to P-N-C’s family and finds both emcees spitting their strongest and most heartfelt lyrics:

“I come from hard times, food stamps, and welfare
You can be sick and we ain’t got no health care
Mama robbing Peter just to try to pay Paul
We about to get evicted and can’t afford a U-Haul
But she made sure the lights and the water always stayed on
Let us talk about the soap operas, so kept us a phone
Shit, I was young them but I can see now
I’m sorry for all the bullshit I put you through ma
So glad you still here so I can tell you I love you
And ain’t a damn thing that I won’t do for
Yeah I love my daughters, I love my wife
But I made this one for the one that gave me life
My Mama, she took all my bullshit and drama
And when I call on her, it ain’t hard for me to find her
I wanna thank you miss lady for being so strong
And for you, yeah I gotta love jones”

Strong tracks such as this show that P-N-C still hasplenty of potential to make the crossover from bounce to conventional rap.

“Club Bangaz” is a mixed bag, but shows plenty of potential for P-N-C. With the majority of the album dedicated to club music, it’s hard for Meana and Kangol to flex their lyrical skill too much. “Love Jones” shows that the crew could definitely drop more substance if they wanted to. As a bounce fan I’m partial to this album, even if I know that many of the songs are average party tracks at best. As refreshing as it is to see Kangol and Meana still using their trademark bounce flows at times, they probably need to reach more of a balance between party music and regular tracks in order to show their full skills. With more work and with Juve as their mentor, it’s not unlikely that P-N-C will reach that balance and make the successful transition to the modern rap game. As is, “Club Bangaz” lies in between the two, as the group still focuses a bit too much on party music but shows definite promise.