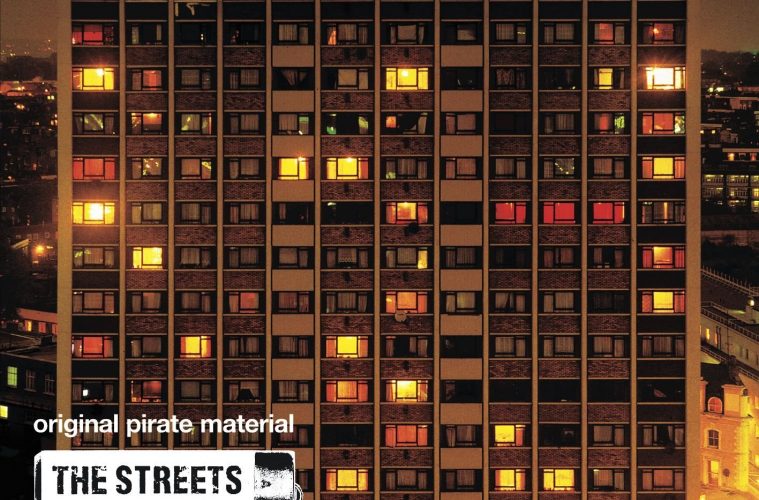 Of all the success stories in an eventful 2004, perhaps none had as much of a profoundly polarizing effect as that of Mike Skinner’s project The Streets. Revered by every Limey pundit and winning every possible musical accolade on British shores, it perhaps serves as no great surprise that Skinner’s unabashedly Anglo-ness is passionately scorned by the same befuddled Americans who still can’t figure Monty Python out. While this can, to a degree, be attributed to the formidable chasm that exists between the two nations, it also owes itself to the American music literati’s vehement assertion that we file The Streets in the Hip-Hop section of the local record store. A gross, hopelessly crass error to be sure, for if you disregard such irresponsible journalism and approach The Streets from a neutral perspective (ie NOT as a rap record), you too will realize the sublime genius that oozes out of every pore of this record.

In many senses, Mike Skinner has sustained the same journalistic wounds and stigmas dealt to fellow visionary Dizzee Rascal, whose similar-minded fusion of MJ Cole-esque two-step/garage, Roll Deep Crew flavoured grime, ragga, deep house and dub with unashamedly British vernacular and lyrical insights is anything but ‘British rap’. At the same time, neither is it a ‘garage’ or ‘two step’ record as many more informed Yanks have impetuously tagged it, eclipsing the dancefloor-oriented, superficial ditties of The Artful Dodger and Oxide & Neutrino with its acutely keen observations of life as a debauched British youth.

In so many senses, a thread can be drawn from “Original Pirate Material” to the lovelorn epics of Morrissey and The Smiths, the vintage, immortal Mancunian pop group that grappled with homoerotic impulses, solitude, longing and melancholy with such heartrending honesty that Morrissey, Marr and company still command a devout legion of weeping softies 17 years since their last recorded output. This same self-deprecating vulnerability and profound honesty permeates this record, setting bleak pastiches of drunkenness (“Too Much Brandy”), heartbreak and wanton intoxication (“It’s Too Late”) to sleek, stunningly composed beatscapes that are far more futuristic and fashionable than the jangly new wave of The Smiths. Every gratuitous nuance of life as a disenchanted drunkard in urban London is relayed with brutal detail, often accentuated by insistent, urgent staccato drums and frenetic electronics. Steering clear of self-indulgent self-pity, Skinner’s deliciously dry, uniquely British sense of humour injects these dreary, somber topics with remarkable vitality, and emphasizes the whimsical, frivolous nonchalance of London youth (the album hits its comic apex on “The Irony Of It All”, an impassioned debate between an inebriated youth and a meek Skinner about the pros and cons of smoking trees, which is as uproarious and outrageous as an episode of ‘Allo ‘Allo set to a soundtrack of dark jungle).

Even when removing oneself from the epic, evocative opera of gratuity, infidelity and repressed anger that unfolds over the course of the record, “Original Pirate Material” remains an awesome musical document. From the driving, cinematic strings of “Turn The Page” to the classic Deep Biscuit-ish two step shuffle of “Has It Come To This” to the lumbering quasi-Ice fucking with Maxim trip-hop of “Sharp Darts”, the dizzyingly dynamic and urgent “Same Old Thing”, the spacey new wave/shoegaze meets garage introspection of “It’s Too Late”, the staccato electro of “Too Much Brandy”… Beheld as a musical work The Streets holds its own against even the foremost, geekiest compositions of Stateside peers like The Neptunes and Omid.

While it is arguable that my ultimate understanding of this record is eventually retarded by the fact that I’m not English, Skinner’s dissection of life in London is so vivid and so engagingly lucid that I am thoroughly convinced that this is far from the case. Records with this much emotional depth, this much introspective fragility don’t come along very often at all. Expertly narrated and irresistibly listenable, this record gets everything right and will likely endure as one of the most vital listens since The Smiths’ “The Queen Is Dead”. Effortless without being pretentious, Mike Skinner is the new Hunter S. Thompson.