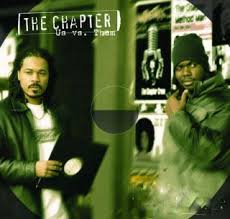 As the hip-hop community continues to stratify and divide itself into diametrically opposed camps- the underground and the mainstream, manufacturing banners and catchphrases like “conscious,” “backpacker” and “real hip-hop” (most of which have absolutely no enduring value/meaning whatsoever) to bandy around, it has become progressively clear that rap today is more divided and factional than it has ever been. You have your Rocafellas, your D-Blocks, your Anticons, your Def Juxes. Within these fractions you’ll find smaller fractures, your Weathermen, your State Property, Purple City, each of which espouse an individual philosophy, style, musical approach, each commanding a fervent, rabid crowd of advocates and cronies. Of all the underground institutions that have withstood a mercurial industry, Okayplayer remains the most prominent, a monolithic landmark that has, for the better part of the past decade, DEFINED underground hip-hop as a sonic form and lifestyle. Thus, it is no real surprise that The Chapter’s press bio makes certain that the rap literati is acutely aware of the duo’s ties with ?uestlove and the Okayplayer camp, or that the first voice that blesses this recording is ?uest’s, a verbal affirmation asserting that The Chapter is kosher by Okayplayer standards. Shrewd marketing, indeed!

This kinship manifests itself throughout The Chapter’s debut- to be earnest, this sounds every inch like an Okayplayer record, and to be brutally honest, very much like a Roots record. It does please me to report, though, that this record is much more than a formulaic facsimile of a certain groundbreaking Philly outfit, but a sublimely soulful and heartfelt affair that stands firmly on its own two, even while borrowing liberally from a previous blueprint.

The most prominent element of this record is the sporadic use of live instrumentation instead of bland loops and samples. The drums, for the most part, sound full, rich and MUSICAL, a far cry from the often tinny and thin sounding percussion that blesses much of today’s rap. Cymbals sound crisp and nuanced, the keys are warm, adding a distinct, sultry dimension to the proceedings. Clearly, The Chapter have an innate and intimate sensitivity for music’s dynamics, creating lush SONGS as opposed to sloppy, cut and paste pastiches. That being said, they could have taken advantage of the live instrumentation further, throwing in a drum fill here and there, some tom work or some more creative cymbal work to break from the linear, mechanical standard 4/4 rap beat. More groove and swing could have been injected to some of the beats, considering a human drummer was present at recording sessions. Still, this is a minor complaint when everything sounds as rich as they do here, something that makes the prospect of seeing them live quite tantalizing indeed. I would also have liked to see the live instrumentation being employed throughout the whole record, as certain tracks obviously feature a cybernetic sounding drum machine.

Lyrically, The Chapter tread similar ground as Black Thought’s socio-political commandos, wielding fiercely intelligent, socially keen commentary that centers around the harsh realities of a dead-end job, social ills in a cosmopolitan urban jungle etcetera. While the level of such commentary is far from obtuse, poetic or profound, it is acutely articulated in a laudably musical fashion, Verbal E being a gifted emcee who flexes a range of immaculately structured, intelligently cohered verses over the stellar instrumentation. Alternately recalling Black Thought, Aesop Rock, Vast Aire and Talib Kweli (though recalling the watertight, metrically impeccable, tuneful flow of Black Thought for the most part), Verbal E ably does justice to the compelling soundscapes that 3Six crafts, adding more musical depth to the record, coalescing with the beat to form one cohesive musical whole.

Ultimately, this is a very impressive debut album. Sure, it’s unoriginal (certain parts could almost qualify as being plagiaristic), and it does start to drag a little bit near the end (they would have done much better to trim the fat to keep it to a streamlined 10-12 track recordâ€¦instead we have 15, including two Nicolay remixes), but if you are at all a fan of the produce that bears that Okayplayer brand, this is pretty much a no-brainer. Engaging, sincere and above all MUSICAL, this is necessary listening for the ’05.

The Chapter :: Us Vs. Them
8.5Overall Score
Music9
Lyrics8