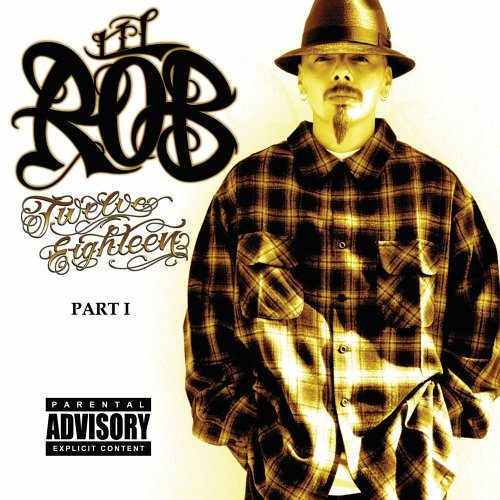 One of the biggest drawbacks to the wildly successful invasion of hip-hop music and culture into every aspect of American culture is that distinctive artists and sounds are getting lost in the process. Throughout the last two decades the regional nature of hip-hop in the U.S. resulted in unique artists and albums. It was only natural to use terms like “Miami Bass” and “Left Coast Freestyle” and “Dirty South” and “Chi-Town Swing” to not only describe the area a new artist came from but the style of music coming from that part of the country. As record labels discover (and in some cases outright exploit) artists from those regions and push their music to the moon, other areas copycat them to achieve success. If the Dirty South blows up, suddenly everybody in the rap world gets crunk. If Kanye West gets over with sped-up R&B samples, the whole country tries to go “Through the Wire” too. They say imitation is the sincerest form of flattery but when everyone copies the last hit in an attempt to make the next hit it’s not flattery any more – it’s just bad music.

Lil Rob comes from a proud tradition of uniquely distinctive hip-hop that stretches across the Southwestern U.S. from California to Texas, and parts of New York. You could call it Chicano Rap, or Hispanic Hip-Hop, but whatever you call it “good music” would be included in the description. While no one sound could be said to define the genre, there are common themes that tie the various performers together. Among them are a willingness to mix ingles and espanol interchangably, a distinctive vocal accent, samples and songs derived from the rich traditions from Mexico and other hispanic countries, and self-described “Brown Pride” in the cultural differences that make for a unique sound and experience, seperate from yet interwoven into the fabric of hip-hop and the United States. That very distinctiveness made Hispanic Rap both easy to distinguish and enjoy, a sound you’d know when you heard it. South Park Mexican, Kid Frost, Cypress Hill, Mellow Man Ace, Lighter Shade of Brown, Delinquent Habits, Big Pun, The Beatnuts – the list goes on and on. One of the proudest practicioners of the genre would be Lil Rob. While his name is not yet well known in the mainstream he has achieved success with over eight albums in an eight year period. If the term “Ghetto Gold” has any meaning Lil Rob embodies it, because without Billboard or SoundScan noticing he created a loyal following that came back every year for more of his flavor.

Intentionally or otherwise Rob hit the mainstream this year with the song “Summer Nights,” which is included on his new “Twelve Eighteen Part I” album. There are no big name guests on the track, and you may or may not know the producer Fingazz who laced the beat. Nevertheless the smoothness of the song made it a perfect candidate for a relaxing track to cruise around in your ride to, whether it’s a low-low or a convertible or a Jeep. “Party until the mornin light, ain’t nothin like them summer nights” croons the chorus, while the background of Rob’s narrative lyrics filled with lightly strummed guitars and harmonized vocals, punctuated by samples and glued together with strong bass’n’drums. This is not the first song Rob has done that’s muy suave but it’s the one that an otherwise blissfully ignorant hip-hop and pop audience has finally latched onto.

That should be reason to celebrate – a new national sensation to expand the definition of latin hip-hop beyond Fat Joe and Noreaga. Unfortunately for Rob in the process of crossing over he’s either assimilated himself into the mainstream, or allowed the success of certain mainstream rappers to override his more distinctive traits in an attempt to have the broad acceptance “Summer Nights” does. At times Rob ends up sounding like a cheap knockoff of other successful rap artists, something he has never done in his long eight year career. “Back in the Streets” could be mistaken for a Kanye West song lyrically and musically. The same could be said for Fabolous and “Superbad,” except for the points where Rob seems to be imitating the long drawn out vowels of Ludacris guesting on an R&B track. “Playground” sounds like an imitation of David Banner’s “Play,” which itself was an imitation of Ying Yang Twins “Wait (The Whisper Song).”

As a result newcomers to Lil Rob may be left bewildered by “Twelve Eighteen Part I,” wondering what the big deal is about him when his music comes off like carbon copy clones of other already well-known stars. That’s not to say Rob doesn’t still come off with strong hispanic flavor on tracks like “Representing” and “I Who Have Nothing,” and the soulful Jimmy Castro sample on “I’m Still Here” makes for a very strong statement with the closing bonus track. Still one gets the feeling “Twelve Eighteen Part I” is an opportunity missed for Rob to branch out beyond his core fanbase and simultaneously show the world just what made him a superstar to those loyal listeners. Perhaps he and Upstairs Records don’t believe that showcasing that strong hispanic style and personality will take him to the next level, but if they trade off too much to push his music it will backfire in the end. Rap doesn’t need another Kanye West or Fabolous, rap needs Lil Rob to make the “Neighborhood Music” that represents La Raza as only he can.