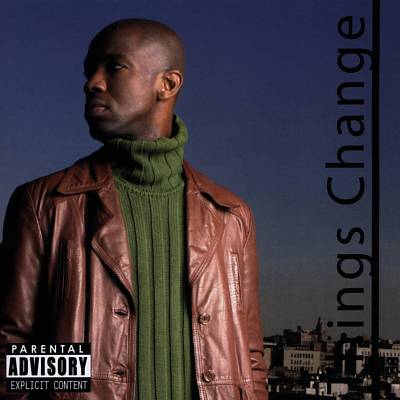 While it’s not unusual to see a club packed in New York City, what is unusual is when the stage is just as packed as the dance floor. That’s what happens whenever The Square Egg performs. Singers, guitarists, horn players, a drummer, in all there are ten members of The Square Egg and not a lot of stages can hold them. The vibe of the group, however, has club owners scurrying to find the room for them to play. Imagine if P-Funk was fronted by Common and you have The Square Egg sound.

Lee, the lead vocalist of the group, describes the group saying “we’re the kids who are too much of this but not too much of that. We’re trying to find our own space in this corner of music. As far as describing it I think musically we’re in a lot of different places. Not in a scattered sense but we’re vibin. Rap music being the groundwork but there’s so much that came before rap.”

Mike Rens, The Square Egg’s bassist, feels that with their sound the New York scene is perfect for the group, noting “when we first came here we checked out the scene and it just seems like in New York whatever you’re doing people are going to dig it. I don’t know if I really pictured who that would be but I knew it would be a good possibility.” He continued, adding, “I’ve seen a pretty wide variety of people at our shows. Old and young, different races. I don’t know what the rhyme or reason is to it.”

The group’s name comes from a picture in a book of illustrations by Ronald Searle. Lee explains that he felt the name was fitting because The Square Egg “exists just like a regular egg but in its uniqueness it’s square. In the book it’s a bunch of birds looking at another bird that’s laying an egg that’s square. That’s kind of how the industry looks at us. It’s tough for us to roll with the Hip-Hop crowd and it’s tough for us to roll with the neo soul crowd. Everybody’s got some degree of the square egg to them.” “Just appreciate it for it’s beauty and don’t think on it too much.”

The music of The Square Egg varies from the sometimes jazzy to the all out funky, and Lee feels this is natural for any artist or group. “In life we have different moods so when you create you’re going to create in that sense,” he explains, “this day the red crayon was good but tomorrow the purple crayon may be what I want to use.” Unfortunately, according to Lee, not enough artists are diving into their Crayolas. “I think the most important music made was from that 60’s, 70’s era,” he laments “people seemed to be more dialed in.”

Not only does Lee feel the artists of past generations were more dialed in to what was going on in the world, but he also feels they took more time to create their music. When Lee turns on the radio today he’s more than a little disgusted by what he hears because he knows how little effort was put into it. “Candy Shop is probably one of the bunk garbage songs of the past five years and it’s basically a rehash of Magic Stick, but when you’ve got all the major backing and the machine behind you you go in the studio and knock that out in 30 minutes. When you start being driven by the machine that’s what it’s all about. You’re not trying to leave your lasting mark, you’re not trying to be a John Lennon or a Jimi Hendrix. I don’t think Curtis (50 Cent) thinks Candy Shop is going to inspire the next generation of Hip-Hop.”

Without the backing of the machine, however, one’s audience becomes limited. According to Lee this can be frustrating, but also liberating in a way. “I think when you’re on an indy level,” he explains “you think fuck it if nobody’s going to hear it let me be at ease when I got to bed at night that I put my all into it.” He continued, “it sounds cliché and idealistic but if the people that hear your music and like what you’re doing that’s enough.” Lee added that while a ton of money would be nice “if that’s the driving force behind doing it we’d all be misguided in our approach.”

Money, though, would be a big help when it comes to getting radio airplay. According to Lee, despite being an independent artist, he’s already felt the affects of payola. “I know a DJ, who will remain nameless, at a pretty popular station down in Florida. I used to make beats for him when he was in a group. I called him, seeing if he would give us some spins and he told us there was a normal way and then there’s the back door friendly way that’s about $5,000 dollars.” Even momentarily ignoring the moral issues with payola Lee sees multiple other problems with the practice, noting “because it is illegal and a backdoor kind of a thing there’s no monitoring for it and no course of legal action you can go through if it doesn’t turn out.” He also feels that even if you are getting record played, if you’re doing it via payola it’s not really a valid spin. “You want people to play it because they like it. You want people to come to the show because they like it. From that standpoint it (payola) almost discredits what you do as an artist.”

Lee feels that payola is only one illustration that labels haven’t been concerned about the artistry of music for quite a while. He explains that the music labels are pushing is another way of them showing their feelings towards the Hip-Hop community. Lee describes the current scene as “the marketing of black death. We’re all thugs, no one’s been to college, no one comes from middle class. That’s the image of the day that gets sold not only to us but to the rest of the world. Universal, Sony, they’re all pretty much the same label, so why is there so much money spent to promote dead Tupac’s album who was shot, dead Biggie’s album who’s been shot, or any rapper who’s been shot, versus a Common or a Talib? Why is there such a drive to hear that angle of black culture? It’s so much bigger than being from the ghetto now. Now this is the universal music so a suburban kid can give his voice to it but it’s not the way the record industry wants it. Tell the story about the kid who went to college, got his degree and started a label.”

Through payola and the marketing of black death Lee worries that the current generation of artists will be nothing more than disposable. “Everybody’s standards are lower because it’s so microwave. It’s about what’s hot on the streets for three minutes and even that’s not really hot you’ve just heard it a million times. You won’t remember any of these artists. There’s a lot of good stuff going on it just doesn’t get the attention it deserves. I fault the consumers. If someone’s poisoning you, if you know there’s chemicals in the water, why do you keep drinking it? And the labels are going to do what they do, promotions people don’t really want to have to push something new. A&R doesn’t want to have to go out and find a new band and maybe not have a job, and the artists are locked into the system.”

Don’t consider all of this hating. Lee just feels “the reality of it is we’re just people who give a fuck about music. We don’t try to keep it real, because it is real. We are music, we are a positive vibe, we are The Square Egg.”