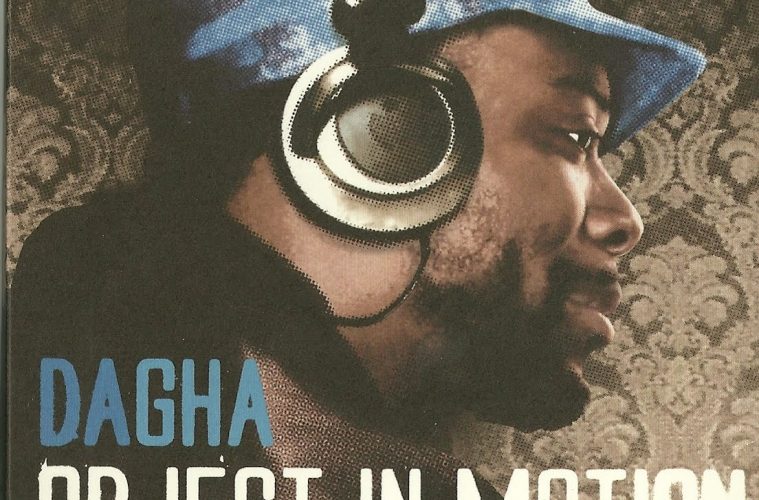 Despite the lack of a constant presence in the mainstream world, Boston has always had a solid rap scene. Outside of popular groups like Gangstarr and The Bulldogs, cats like 7L and Esoteric, Virtuoso, Akrobatik, and Krumbsnatcha also hail from Beantown. Such a rich history is a gift and a curse for emcees. On the one hand having an established rap scene it could potentially be easier to learn the ropes and get your music heard. But the curse is the fact that your music will be compared to those who came before. For those emcees who can’t meet the quality of previous acts this comparison is surely a deathblow. Thankfully, Dagha manages to come through with a decent project that should make sure his name gets thrown in the mix from now on when discussing Boston rap.

Dagha’s rap style isn’t anything new. His flow is a straightforward rap style that relies heavily on lyrical content to make an impression. Dagha’s not a bad rapper by any stretch of the term, but his flow and vocal inflections are nothing unique in the game. Lyrically, Dagha could be considered a notch above the average emcee both in terms of raw lyrics and subject matter. “8 Count” is a straight battle track that showcases what Dagha is about well:

“Cerebral matter I shatter
Yadda yadda with the data I’m badder
This black cat will cross under your ladder and rapture
The hereinafter my energy slapped ya
Even with a mind like Minolta you can’t capture
I freeze frames like ice rain with nice range
Leave mics stained despite change I write strange
Enough to relay D.A. with the DJ
I be a superhighway, web, net and freeway, delay
Pause for the cause
Greater than santa clause, fuck some man made laws
The choice is yours
My vision decision precision incision
Regardless of tradition and such
I keep my foot on the glass steady shifting the clutch
RPM’s making cylinders bust
Wet behind the ears cause you’re still in the crust
Your fillings will rust
Still traveling upstream for the ultimate rush”

“No Sheets” is another track that focuses on flexing lyrical skills as Dagha professes his love for rap. Dagha flips things a bit on “Conquerors” as the track has a strong political message to it. “Heaven or Hell” is a semi-political track that almost sounds like a war call for those living hell on earth. It’s hard to describe tracks like “Heaven or Hell” because Dagha consistently makes strong sci-fi, scientific, and other somewhat abstract references throughout his raps. It’s not a bad thing at all, but does require more attention and deciphering than your average rap track. “Build” attempts to disperse a positive message by criticizing guns, rims, and other things Dagha considers detrimental. “Don’t Start Nothing” is possibly the album’s best track as the smooth beat/hook goes well with Dagha’s inspired rhymes. “No Labels” is also a candidate for the album’s best track as Dagha expresses his dislike of any type of label over a funky horn driven track. The album ends with “DÃ©jÃ  vu” and “Back To the Center,” two more tracks that are mostly battle oriented. The beats are dope on both, though Dagha staggers on “Back to the Center” as he tries to flow too quickly.

“Object in Motion” is a good album from Dagha, though it does have faults. Small faults include the annoying www.Dagha.Com Radio Interlude which is unnecessary and unoriginal. Larger faults involve both the production and Dagha’s repetitiveness. The beats on the album are at a solid level from start to finish, but they tend to blend into each other and get boring. The album’s last four tracks all showcase the best production on the album and are all different and entertaining. But before that many of the album’s tracks suffer from being too basic and boring to add anything to the project. They sound decent with Dagha flowing on them, but aren’t anything impressive. Dagha himself also tends to address a lot of the same things verse after verse. He does a great job of filling his verses with enough metaphors and references to make them dope, but after an album one notices that even if the track name/subject changed many of the verses would still be overall interchangeable. Despite these setbacks, Dagha’s debut album is still a good effort and an apt representation of the Boston rap scene.