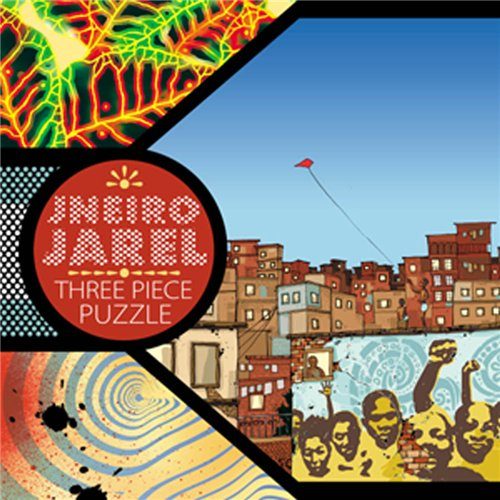 The D.A.I.S.Y. Age did not die with De La Soul, as some may think. It changed, and its participants changed as well, but it never really disappeared. I associate the D.A.I.S.Y. Age with relaxing grooves and pleasant rhymes, and a flawless marriage of words to the beat. Tribe had it, De La had it all the way through “Stakes Is High,” and of course the JB’s were right in the thick of it as well. Others, such as the Digable Planets, have tapped into the feeling as well. Since these acts have mostly receded into feature exhibits in the hip-hop hall of fame, the ideals of this age have become lionized as they should, and those trying to retouch the intelligent, feel-good vibes of these legends do so in reverence as much as anything. If nothing else, the movement has become iconic, a symbol of better days that have passed.

Jneiro Jarel may not readily admit it, but his music tells me that he longs for those days. He openly references this just once, mentioning “The Low End Theory” by name. His self-produced music is alternately feathery and laden with rock-hard bass, and the defined but calm rhythms hint at a time that once was. On the opening “Big Bounce Theory,” he claims that he is “futuristic with the beats, they need to catch up.” The track behind is faintly futuristic, but grounded by consuming bass. The following two-minute interlude “Crashing Comets” is just that, a mash-up of distinct sounds including jazz pianos, a faint horn, and subtle swirling space noises. “Do Ya Thang” is content to be fluid, a smooth concoction rooted firmly in jazz sensibilities. Jarel appears to be primarily a producer, as he weaves intricate tracks and his vocals tag along with the beats. On “Do Ya Thang,” he isn’t even rapping the entire time. His rhymes stop and go at his whim, falling in and out of relevance as the track continues on.

“Get Yuh Own” sounds almost like a Madlib production, with thick distorted bass and minimalist drums. This is not the easiest music to navigate with words, but Jneiro does an admirable job. The prevailing theme is highlighted in track names such as “N.A.S.A.,” “Soul Starr,” and “Sun Walkers,” but Native Tongues ideals strap the record to the earth. “N.A.S.A.” exemplifies this, with an organic loop that is elated enough to sound spacey, but the drums are a reminder that it is a rap song, albeit one with an especially ethereal presentation. “Sun Walkers” exhibits his considerable production capabilities with the most rhythmic drums on the entire record and a variety of loops moving in and out of prominence next to the drums. In the age of plentiful instrumental producers, “Sun Walkers” is his genuine claim to greatness, and it succeeds marvelously. He executes the dichotomy of earthy grooves and synths without a hitch throughout “Three Piece Puzzle.”

Jneiro Jarel is not the best rapper. Luckily, he understands that, and allows his airy funk to penetrate every corner of the album. His rapping style is conversational, and he never sounds like he’s trying too hard. The calm production demands such a performance, because forceful rhymes would detract from the power that the music contains. “Soul Starr” has him talking more than rapping, although he stays within the boundaries of the rhythm. He stops for seconds at a time, completely content to succumb to the beat. “Doinis” has an overwhelmingly pleasant backdrop, and luckily the intense performances by Dr. Who Dat? and Jneiro overly the melody without removing its importance to the song. Every sound on “Three Piece Puzzle” is smoothed out nearly to a fault, but enough is happening on each song that the music is consistently riveting without requiring much attention.

This is a unique, exceptional record. My musings about the D.A.I.S.Y. Age aren’t entirely relevant, but the best way I can describe the connection is this: In an increasingly diluted age in which most artists are either sounding off about their vices or self-righteously attacking those who do so, Jneiro Jarel reminds me that for an hour, at least, it’s all good. He’s collected a group of wicked, relaxing grooves and he has no qualms with just talking us through his music. “Three Piece Puzzle” is a part of somewhere else, somewhere that exists beyond the rap world of today. He is ambiguous as to whether this alternate world from which the record emerges is a lost land of the past or a place beyond the earth that we can only hope to discover soon. Regardless, it is right here next to me and it comforts me on this cold Seattle night.