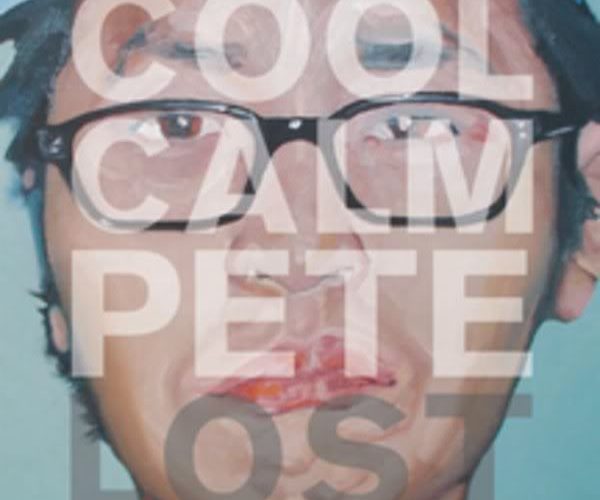 The world can be a confusing place. Especially if you have Korean roots, live in the Big Apple, and are struggling in music to fill your plate with some decent food supplements. “Lost” is the only word Def Jukie Cool Calm Pete found fit to call his first album and describe his life in 2004.

Cool Calm Pete is one third of the acclaimed backpacker collective Babbletron, which gained underground status with its debut album “Mechanical Royalty.” Because Babbletron had something of a long coffee break, this Queens MC had some spare time to do a project of his own. He didn’t waste time, as he handles both rhymes and rhythms on “Lost.”

When he started out as a musician, Pete kind of got a head start on the competition. Apparently, he inherited multiple record collections from overseas family members. When the other Korean nephews, aunts, and uncles found out what their American relative was up to, they made sure he got stacks of records sent to his home on a regular basis. DJ Shadow still is the king of digging, but with a Korean connection like that you can pile up vinyl recordings even ?uestlove has trouble getting his hands on. Want proof of all these stupid rare records? Pete lost his modesty just one time while he was creating the album cover art. On the back of the jewel case is a depiction of a brightly lit office chamber filled with neatly organised vinyl records stretching from top to bottom.

This remarkable vinyl collection resulted in a sound which isn’t easily described. Pete stays far away from the hard-hitting sound dominating New York acts like The LOX built their reputation on. His lingering melodies are comprised of swooning violins, yearning organs, oddball cartoon voices, surf guitars, steel drums and fading trumpets. The coherence of all these elements seems “Lost” at times, but the MC/producer manages to concoct an easy listening sound with a very recognizable ring to it.

His music isn’t the only characteristic part of C.C.P. (Even the abbreviation sounds mellow.) Pete has a slightly hoarse, soothing voice which is more conversational than straight spitting. This will put off the straight-to-the-point hip-hop fans, but if you give yourself a chance to get into his purling tone-of-voice you can have great fun with this Korea-born native New Yorker. Pete tells what he is all about in “Cool Calm Science”:

“Bought much more than you bargained for
Change the channel
Watch what you’re fighting for
Familiar voices do nothing but induce sleep
Still writing: dry pen and loose leaves
Cocktails, white pills and a brewski
Truth be told: cold feet and she used me”

Pete Chung, his full name, can be cryptic at times, but if you listen carefully you’ll discover a personal album about a guy who is one third depressed, one third cocky and one third happy camper. Everything Pete does can be described as cool and calm. He does a Chuck D/BDP cover cameo on the more fast-paced “Windsprints,” which makes Chuck D sound even more furious on the original song. On “Tune In” he takes a shot at the TV displaying all the bad news that stresses out his fellow countrymen (Did you hear Osama has a weather machine?)

Sometimes this talented MC/producer should speed things up a bit, just to make sure listeners will stop listening to his entertaining sarcasm, and just stick to his peculiar beatcraft wizardry. With “Lost”, Cool Calm Pete adds a yet completely different flavour to the extensively filled Definitive Jux ice cream truck. His mellow take on life and music will not charm every single soul around, but if you like exotic flavoured snowcones, give this cool cat a try.