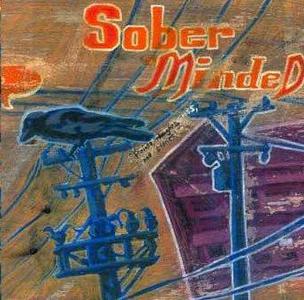 Religion has always occupied some place in mainstream hip-hop music, acting more as a point of influence rather than the concept. Still, there have been flashes of God-inspired themes: from Brand Nubian’s preaching on the 5% to Common Sense’s insightful “G.O.D. (Gaining One’s Definition),” artists have offered songs that reflect their belief in a higher being and their meanderings on life’s greater meaning. Undoubtedly, the most successful has been Kanye West’s “Jesus Walks” â€“ his magnum opus calling for a renewal of faith in God. However, some have taken offence to the more iconoclastic impact of the song, which, for example, has seen a major symbol of Christianity become the much-heralded “Jesus piece” â€“ an item that fits more as a fashion accessory than an article of faith.

In contrast, Christian rap music, an altogether less popular niche of hip-hop, not only draws its influence from religion, but uses it thematically throughout the whole album to emphasize the importance of God in our lives and to offer a more spiritually driven and morally consistent alternative to mainstream’s sometimes ethical frivolousness. Indeed, SoberMinded members Nonuclidean and Offbeat, both of Life For the Better, strive to do so on each song, producing a steady effort that showcases both skill and deep cogitation. The product, “Points, Thoughts, and Stories,” is exactly that and provides a great spectrum of music infused with both high-spirited beats and slow, reflective melodies, mostly to stripped acoustics and raw production.

The LP opens up to the folk-ish guitar loop and slow drum line of “Shooting the Breeze,” introducing the listener to the general outlook of the group’s mentality and has Nonuclidean declare, “…and if there is anything good in this then the credit is God’s/ if it’s less than ordinary it’s â€˜cause of this poor slob.” This statement is profound for its humility and refreshing for its self-deprecating humour, and sets the overall tone for the album. As well, it is immediately apparent that both rappers exercise a skillful rhyme scheme and sense of wit enabling them to articulate well and enjoyably their philosophies on music and life, both of which are displayed in the following track, “Sojourner.” Here, both artists play the traveler, musing about their observations as they go from place to place and revealing further their spiritual beliefs.

In healthy doses, SoberMinded examines the plight of mainstream hip-hop music, criticizing rappers, and celebrities en masse, for their blatant narcissism and self-indulgence on “$upper Celebrity” and questioning the content of rappers’ lyrics on “The Fact of the Matter” to the tune of whizzing background effects and choppy key strokes. In the latter, they target the hip-hop audience, inquiring as to why they continue to support shallow, mundane music that is devoid of higher purpose. Toward the second half of the album, the group allows their imagination to conjure thematically obscure songs that bode well in creativity while remaining relevant, such as “Space Kidette,” a song about video games, employing the use of cool gaming sound effects to enhance the beat. With other standout tracks such as “Small World” and “To My Dying Child,” the album retains a steady flow of creative and purposeful music that is, nonetheless, sonically pleasing to the ear.

With that said, the album is not without its flaws. While the album is consistent in its praise of God, it is also consistent in its preaching against mainstream music â€“ the lawlessness of its subject matter and the general degeneration of its audience’s behaviour. Although, the group might be correct in its assessment of the state of commercial hip-hop, or perhaps they are analyzing mainstream society as a whole, to do so repetitively throughout the album mars the group with a somewhat “holier-than-thou” attitude. Whereas Little Brother, for example, seeks to critique their counterparts by choosing to lead by example and not constantly venting out their frustrations, SoberMinded could stand to do so a little more, as they definitely have the talent and creativity to support it. The fact is, while it may be redundant to boast in a hip-hop song about one’s skills, and thereby foregoing any sense of humility, it nevertheless remains a staple of hip-hop music and, in its purist sense, is more of an exercise in wordplay and skill itself than a boast of it, and, at least to this critic, is cool as long as it’s in small amounts. It could also serve to teach SoberMinded the need to change pace and style more often, as the album retains, for the most part, the same flow and rhyme patterns throughout the LP, lending its own sense of redundancy to an otherwise strong effort.

In the end, SoberMinded reminds us that Christian rap is not a cheesy alternative, but fulfilling and skillful hip-hop music that places purpose and meaning above material goods. With a more acoustic approach production-wise, the rappers/producers provide an overall optimistic perspective on life and successfully relate the teachings of Christianity to modern issues. While, content-wise, it is not for everyone, anyone can appreciate the chemistry between the two MCs and their lyrical abilities. It is an album worth hearing and provides easy transition from mainstream to more “spiritually minded” music.