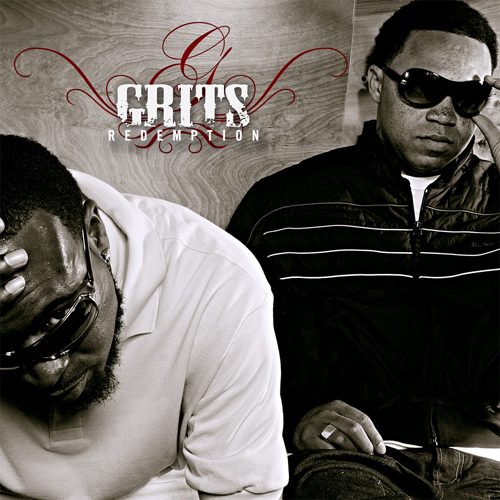 Hailing from Nashville, Tennessee, the Grits are lucky to find themselves in a hometown that is known for its music–however, usually this music features rambling guitars and lyrics with a heavy Southern drawl. The Grits openly invite their Southern roots in their name and style. And they emerge as one of the most talented duos in Hip-Hop music South of the Mason-Dixon line.

Whether you know it or not, the duo of Bonafide and Coffee, that consist of the Grits, are veterans to this game. Over the course of the twelve years, since the beginning of the group’s existence, the Grits have released 8 LP’s. There are not many groups in this short-attention spanned market that can maintain like that. How do they do it? With a positive attitude. In fact, the duo is sometimes referred to as a Christian Rap act, because of some lyrics in the past that express their devote Christianity. Labeling the Grits as such is unjust, because everyone thinks of this form of music as lame despite its good nature, so they should really just be classified into a type of rap that puts violence aside in exchange for a good time. Their latest offering of “Redemption” strays so far away from the preaching nature of Christian Rap that you would not know that the Grits are such a group. The listener is simply rewarded with 11 straight solid tracks that any fan of really good music can love. It is a rare occurrence to have an album with such quality control that there is very little to complain about.

Long-time fans of the Grits will be thrown off by the introductory track, “We Workin'”, as well as “Tight Wit These” and “Open Bar”, respectively. These three notable tracks bring the Grits into a new direction that is more akin with the popular trends in Southern Rap Music. All three noted tracks are more hype-inducing than the rest of their typical relaxed music. Although some of it is very formulaic, the Grits show that they can expand their sound with nice results. On “We Workin'”, the listener is introduced with a low bass accompanied with a high-pitched siren sound. Several hey’s and oohwee’s set the mood for a great starting point. Bonafide lights the fire with this, the beginning of his first verse:

“Call it a second wind the beast has awoken from the pen
Departed from sin, but still breakin’ bread with my kin
On a deeper water mission, pimpin’ , fishin’ for men
Who glisten and grin, but keep a darker secret within
I’m a deeper light exposin’ them
Chosen to bring Jehova through
Move it, or I’m runnin’ over you
Ludacris with a bigger shoe
stompin you out like Herc would do
Signaling death to flirt with you
Touching G’s and working you
Lyrically I’m Da Vinci Code
Listen we’re at the Super Bowl, the game you’re trying to get to
Rookie, your in training clothes, we’re franchise in booth…”

The Grits are not afraid to use words like “pimpin'” in the more conventional context of being cool, despite its historically negative connotation. They still maintain their positive position. “Open Bar”, near the end of the album, sounds like it would be right at home on an Alkaholiks disc. It is another one that is also perpetuated by a siren beat and a charging electric sound.

The Grits realize their comfort zone and wisely revert back to it when they bring in some quality feature artists like battle-rap legend Canibus and LA Symphony’s Pigeon John. Canibus will keep internet Can-I-Philes happy with a really sick verse on “Ambitions” that is unfortunately too aggressive for the soft hook and shimmering beat–it almost makes you forget about the rest of the song, since he goes into full spit mode. Pigeon John meshes much better with the Grits on “You Said”, that will make many aware of how underappreciated he is.

The highlight of the album might be saved for the last emotive song. “Right Back” is more like you would find on previous Grits albums, Coffee explains his position with God, but it’s not a trite experience:

“Yo, see, let me just get through the door
Spit a few flows, touch a few souls
Too much has been sewn, to leave you out alone in the cold
But baby, I’m on a mission, gotta do what I’m told
I remember making a promise at the end of my rope
In the county, facing them gangstaz, at the end of my hope
Back to back, burning squares, seeing visions of smoke
Told my self ‘I kept it cool’, the only way I could cope
Surrounded by dope dealers, killers, basers, and mopes
Real talk, some real fellas you ain’t wanna provoke
So I kept a bible close, seeking God on the low
Praying, asking for his forgiveness before I stood in that cold
Now the grace in which was shown and the mercy received
Is the difference between other rap artists and me
The heart is in me, it’s chained to the pain, made of steel
Got to reach him, So he got to let me go, but I’ll be back though…”

The verse is inspirational and undoubtedly dope as it rides into an angelic chorus sung by Brittany Waddell. The optimistic lyrics remind people that as low as you get, you must have something to believe in, whether it is God or some other source.

The Grits, like everyone, may need to seek “Redemption” for some wrong decisions in life, but Bonafide and Coffee have rarely disappointed as a musical collective. This album expands their horizons and pushes them into a stronger direction towards the future. If you have not heard this Nashville, Tennessee, rap duo then it is highly recommended you pick up a copy of 1998’s “Grammatical Revolution”, the album that launched them into success more than any other. If you have heard them before, you’re probably already a fan, what are you waiting for!?