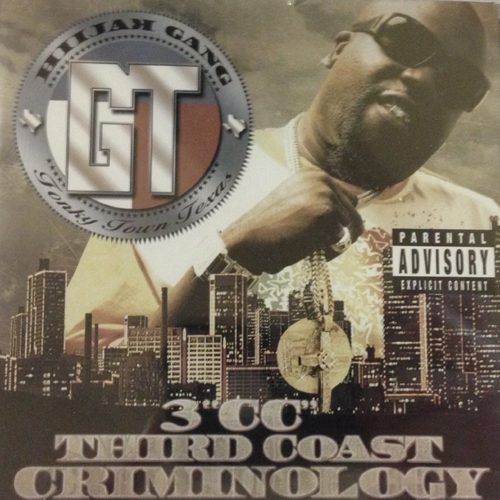 Fort Worth is the forgotten city of the massive metropolitan conglomerate that is the Dallas/Fort Worth Metroplex. Despite having a larger population than many of America’s better known cities, Fort Worth suffers the misfortune of being 30 minutes away from a bigger city. So while Cincinnati, Cleveland, and Indianapolis all have major sports franchises, all the teams choose to go to Dallas instead. If it sounds that I’m complaining it’s because I am. But my problem with the situation isn’t that Dallas gets the teams or the recognition, my problem is the fact that people assume both cities are the same. Dallas and Fort Worth are very different. Neither is better than the other, and I’m the first person to recognize when Dallas makes a mark in the rap game, but when outsiders choose to ignore the fact that I told them I’m from Fort Worth and ask me about Dallas it pisses me off. Maybe it’s the fact I’ve been listening to hip-hop for all my life. I mean if New Yorkers can differentiate between boroughs and Californians know that Compton and Long Beach aren’t the same thing I don’t understand why people can’t understand the difference between 2 CITIES. My rant relates to GT because he’s from FORT WORTH, Texas â€“ not Dallas. Dallas has had some major releases this year with Mr. Pookie and Big Tuck both releasing national releases, but Fort Worth has yet to make such strides. GT is looking to change this with his latest release. “3 CC: Third Coast Criminology” won’t win awards for album of the year but it’s a solid release that shows that GT has plenty of potential and should not be overlooked in the future.

As much as I root for the home team, GT still has a way to go before he can compete with the likes of Chamillionaire and other Texas stars. The problem doesn’t lie as much in the lyrics as I’ve seen far worse rappers blow up, but the production and song concepts hold down the album. “F.U.Y.A. (Foot Up Ya Ass)” suffers from both problems as the beat sounds like a generic southern track influenced by the likes of Lil’ Jon and Play and Skillz. Furthermore the hook sounds almost identical to “Knock the Black Off Ya Ass” from the last Three-Six album. “She A Freak” also follows the cookie cutter formula of a southern club track. With that said, those tracks have as much chance of becoming a hit as its predecessors so they are no worse than what they imitate. You can’t fault GT much for trying to get a hit to propel his album to the national spotlight.

When GT isn’t trying to score a hit the results are much better. “Shine On ‘Um” is an instant trunk rattler with a catchy hook and hype beat. GT’s subject matter stays focused on the street lifestyle, but he delivers it with a tight flow and engaging voice:

“Y’all don’t know me motherfuckers, I’m a beast from the south
You trippin off my lac, princess cuts in my mouth
Hard street representer from the top to the bottom
Loose strings on my chucks, big faces I got em
Pick my clientele up from the neighborhood champ
I’m official like and 100 percent stamps
These haters they got me amped, they ain’t busting a grape
I don’t battle rap nigga, I bust your ass in the face
I ain’t fucked up bout no case, I’m a man bout mine
Disrespect me with that yap and you can tell it to my nine
Ultimate hustler, I grind, shine on em
Nigga there, he a busta, he lying put iron on him
That’s why I ain’t tripping when I fall in the spot
Left pocket 50 gs, right pocket a plastic glock
Straight to the back, VIP, Private Stock
I’m a Fonky Town gangsta, walking grabbing my crotch”

On paper it looks like lyrics a lot of gangsta rappers spit, but it’s not just my hometown pride speaking when I say GT can really flow and delivers his rhymes tightly.

Other stand out track include “Right Chea” and “Ten Hood Elements.” KLC of the Medicine Men and No Limit fame drops the beat for “Right Chea” and delivers a dose of Louisiana funk that will please any rap fan. “Ten Hood Elements” finds Mo B. Dick, also of the Medicine Men and ex-No Limit Soldier, dropping a smooth beat and GT dropping his best track. The track is a hood anthem that showcases both the good and the bad and also showcases the fact that GT can spit his lyrics fast and still sound good. Overall, GT shows he’s more than capable on the mic and his status as a veteran in the game is obvious in his skills. If memory serves correct, the man has been dropping tapes since the early 1990s when he went by GT Tha 5-0. But the problem here ends up being production that can be spotty at times and song concepts that are generic. Even then, GT’s flow and personality make a lot of those songs tight, but too many fall short of their potential.

I obviously have a bias towards anything coming out my hometown and I’m not trying to hide it. Its part of the reason I probably gave GT a closer listen when I got his mixtape earlier this year and part of the reason I’ve given him more attention here. But as much as I love my hometown, I can’t exaggerate. I like GT, he’s a tight street rapper and he definitely has his moments, but as a whole “3rd Coast Criminology” ends up being an average gangsta rap album. GT needs to up the production and focus on some more original and noteworthy songs and hooks. Taken as a “local” version of popular songs, many of the tracks on the album have a future as local hits, but when compared to their national counterparts they don’t bring anything new to the table. At the very least GT will surely sell units in Fort Worth and surrounding areas and it seems that in Texas this is always the first step in a journey to national stardom.