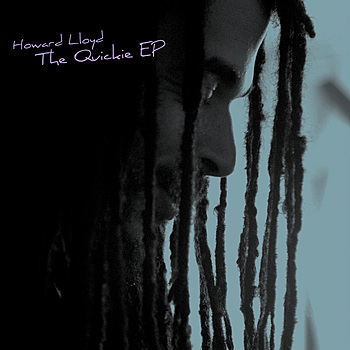 More new artists should adopt the approach Howard Lloyd has taken and release EP’s. Sure it’s been a long long time since the EP was popular in rap, and even then it was something established acts did in between albums, but with so many rappers dropping CDs nowadays sometimes less material is better. With only seven tracks Howard Lloyd avoids the pressure of having to fill up an hour of time and keep the listener entertained for that time. Instead he drops what are his best tracks for a fast and effective introduction for new fans. The length of the EP also serves to leave the listener wanting more after they’re done and increases the odds of them purchasing a Howard Lloyd album. Whether Howard Lloyd analyzed his decision to drop an EP with such scrutiny is irrelevant, as regardless he’s reached a positive outcome. Of course, for this to work you also have to include good music and Howard Lloyd does just that, dropping seven tracks that show that he could drop a dope full length if he wished to do so.

“Getting Started” opens up the album and Howard Lloyd shows he can battle rap:

“Time after time, dime after time
I’ll be higher than that voice from Mariah
So all hail the sire, coming through your speaker wire
Burning niggas like that fire to Richard Pryor
My repetitive flow kills my competitors slow
If you high on yourself I be that sedative bro
I let them know, but mainly I let it flow”

While the intro is usually short on any album in this case it only clocks in at a minute and some change. It wouldn’t be too bad except for the fact that out of the seven tracks none are longer than three minutes. The music is quality but it does leave open the question whether Howard Lloyd can still shine when you have to listen to him longer than 15 minutes. The answer to that question is that most likely he can. He drops more battle laced tracks on “Who Stole My Soul?” and “You Don’t Really Want It” but both times he keeps it very entertaining. “We Did It” switches things up and finds Howard Lloyd talking about sex but not in the most explicit way. Instead Lloyd relates the awkwardness of losing his virginity and how sex takes up so much of a young man’s thoughts. “Time Bomb” samples Nas on the hook and finds Howard Lloyd dipping into story telling with success. “Funny Thing” ends the EP and has a dope, darker beat which Lloyd uses to drop rhymes which are darker and more serious than the rest of the EP. Overall the production and rhymes are tight throughout but that’s not hard to do on a 15 minute EP.

I didn’t know much about Howard Lloyd before this album and I still don’t know too much about him other than he’s a pretty good rapper. But the effect is that I’ll be looking out for him in the future since he showed he’ll give you your money’s worth on “The Quickie EP.” The production is on point so Just Divine and Dude Spectacular will also be guys I’ll be looking out for in the future. Though Howard Lloyd is just a regular dude and his music reflects that, his mellow beats and insight make him enjoyable to listen to. The only real complaint at this point is the name as I’ve yet to see a rapper keep his full name and become successful and I would hate for that one thing to be what keeps Howard Lloyd from blowing up. It may sound paranoid, but in this crazy rap game a memorable name is sometimes enough to make you sell. Outside of that, Lloyd is recommended though a 15 minute EP should definitely be priced accordingly.