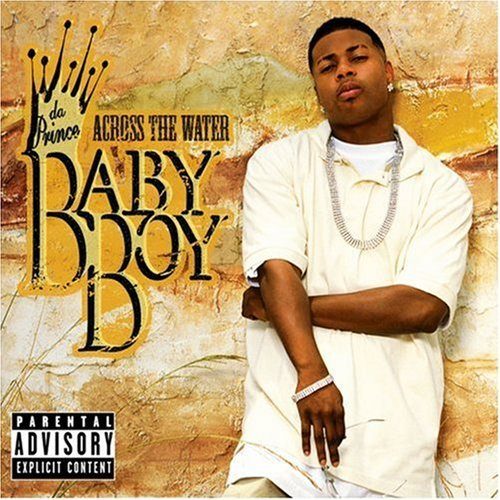 Another day, another synthetic ass, carbon-copied, bagged up, wrapped-in-plastic BET clone. I won’t put on the front: I’m no elitist. Hell, I was blaring “Hey Ma” just last night. But I mean, what the fuck? They got a factory full of these guys somewhere or somethin?’ At least give the guy a good name, huh? ‘Young’ this, ‘Lil” that – is it THAT hard to come up with something else? Does Viacom think their audience is so stupid they would confuse a “Wayne” for a “Boosie?” Hey, can’t blame ’em: it worked. After all, it is the same target audience that was deemed too stupid for Little Brother.

Listen to the seven year old kicking rhymes down the block and ask yourself if he isn’t on Baby Boy’s level already. I honestly don’t know what’s worse: the fact that I just laughed at my own joke or the idea that it’s really true. Fuck calling it “snap,” fuck calling it “crunk.” Let’s give it a more appropriate label: call it “nursery rhymin.'” I’d bet on my mother’s life that Dr. Seuss could out-rap this Mississippi “emcee,” so I’d say it’s an acceptable term.

Ahem, *SPOILER WARNING.* This cat talks about material possessions, guns, and fuckin.’ *SPOILER ENDS HERE.* Lyrically, shit gets about as clever as “making that twat fart” on the poetically titled “Slide In, Slide Out.” Musically, “Across The Water” is bland and lifeless, provided your blood/alcohol level is below 2.0. The production generally consists of terrible, terrible synthesizers, shitty, shitty claps, and ridiculously enough, a lack of BASS on several beats. And I thought that was supposed to be the redeeming quality.

And while “Across The Water” generally consists of nothing more than Baby’s pursuit of money and hoes, it isn’t all bad. “Monday, Tuesday, Wednesday” actually makes use of a great string sample (I know right?), and although Baby’s mushy rhymes are a little corny, they’re certainly above and beyond the rest of the album, while the hook is well written. Mannie Fresh’s “Naw Meen” is bound to get dance floors moving, but seeing that I’ve become accustomed to intoxicated girls flipping the fuck out for “Laffy Taffy,” that’s hardly a plus. By “Rich Boy” he’s already back to talkin’ cash, and “Who Sheed” is a distasteful dash of immature gun violence.

Baby Boy’s lack of lyrical ability might be a blessing in disguise though; “Across The Water” is just 3rd grade enough to push a million copies. The listen itself becomes something of a competition of What-Sucks-More-Ass; the beats or the rhymes. I played this game with myself up until track 8, in an effort to maintain sanity, when I compromised a draw. On a scale of 1 to 10 I said “who the fuck cares?” But I guess I can’t quite get away with that.

“Across The Water” is a particularly depressing listen, beyond the abysmal lyrics and poor musical quality. Any kid listening to it could easily become inspired to pursue a career in rap – the whole package just looks too easy. If raps that simple were a guaranteed fortune, everyone and their momma would jump on the gravy train. Unfortunately, striking gold in hip-hop anymore is just that – pure, unadulterated luck. Please refer to track 3 on “Illmatic.”