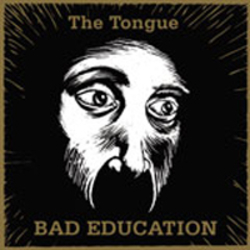 Perception isn’t the same as reality. Despite being conceived in Los Estados Unidos, the simple fact is that hip-hop never was solely for Norte Americanos. It’s been a global phenomenon accessible to all walks of life and cultures around the world since the words Zulu and Nation were paired together and Afrika Bambaataa told us to rock the “Planet Rock.” The planet responded and instead of just consuming U.S. hip-hop they created their own, inventing and remolding and reshaping it in the process. Hip-Hop constantly evolves in this way, because when you’re not listening or looking the next great beat may come from Borneo, the next slamming sound from South Africa, the next jamming disc jockey from Japan. As such there’s little question a dope MC from Miami in the Southeastern region of the United States is just as relevant as a dope MC from Sydney in the Southeastern region of Australia. Meet a man known as The Tongue. Over a pulsating bass by The Bagraiders and turntable cuts by DJ Diaz, this hip-hop head from what U.S. residents call “down under” (while in truth the U.S. is just as “down under” to Australians if not moreso) wants to fill you in on his “Bad Education”:

“Live on the air like we own the station
Let me get this house bangin like a home invasion
If you listen to the lyrics I’ll expose the nation
Cos I got the same hunger that a stoner’s facin
Now its time for some truth and I know your waitin
To look over my shoulder at the notes I’ve taken
Fans sue me after shows for their bones they’re breakin
Don’t they know my music is an ode to Satan? (OH NO!)
They ain’t had a bad education
They underqualified in a bad situation
I got to rock a mic so the magic I’m makin
Will keep your eyes glazed like a happy Jamaican
You wanna talk heat? Tongue broke thermometers
You rappers don’t count like votes in Florida
My hometown knows now, Sydney don’t slow down
Show how we got the hottest freaks in the showground”

The Tongue has all the classic qualities of a hip-hop MC – polished breath control, clear diction, well written and witty lyrics and a charismatic delivery. There’s going to be a tendency to second guess The Tongue outside his native Australia though for two reasons – the first is that this is only an EP and the second is that there’s still this unfair perception that Australians all “throw a shrimp on the barbie” or talk like the Crocodile Hunter. If ever there’s an excuse to get over such absurd notions, “Bad Education” is a great place to start. Any DJ who wants to heat up his mix would be sorely remiss not to put a bouncy track like “The Punch” on their playlist:

“It was the end of the year, yeah
How I made it 52 weeks that’ll never be clear
But I’m here and I’m breathin, bruises have healed from the beatings
Still getting used to the feeling
of proving the things I believe in
Like using my mic and my mind for removing the ceiling
Revealing a movement of people who dreamin
And fightin for peace so they can’t be defeated”

Pianos jam, Jarrol Renaud plays a snappy bass, DJ Diaz provides the cuts again and the track is a clear winner from start to finish; it’s a Jurassic 5 jam for all of the right reasons stripped down to just one rapper instead of adding four more. It’s a shame that for many of the readers of this review “Bad Education” won’t be available in stores, or that with only five songs and one of them being a remix it may be perceived as not being worth the time. Nothing could be further from the truth – The Tongue is an appropriate name for a man who spits his verbals so passionately, or as he puts it himself “Tongue is hip-hop and that’s what completes him.” If you can find “Bad Education” give The Tongue a chance and you won’t be dissapointed.