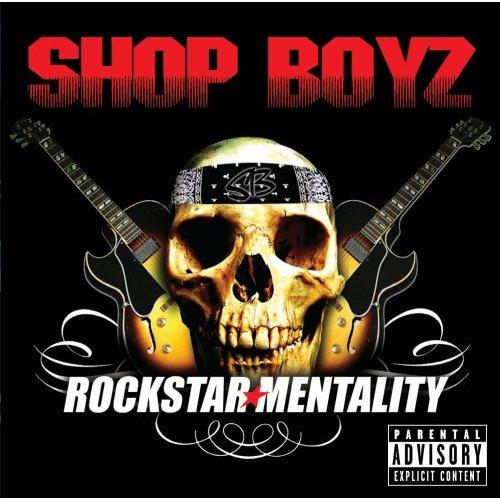 A new movement coming out of ATL? Although previously attempted from other big name groups, the fusion of rock and rap to create “hood rock” is the latest craze from Atlanta’s Shop Boyz trio of Sheed, Meany, and Fat.

Growing up in the difficult streets of the Bankhead area in Georgia, the three endured many hardships, but ultimately they were still able to make music despite their circumstances. With the right connections from Richard “Fire” Harris, Shop Boyz were able to record their first songs including their hit single “Party Like a Rockstar.” Quickly rising to fame within four months after releasing their single, the current challenge for Shop Boyz is to rise above ordinary hip hop from the south with their introduction of “hood rock” that encompasses the energy of rock and the soul of hip hop in their debut album “Rockstar Mentality.”

Since the release of “Rockstar Mentality,” Shop Boyz have climbed the charts with their hit single “Party Like a Rockstar” while previously reaching the top of numerous Billboard charts. As the beginning track to their debut album, Shop Boyz begin their interpretation of a rock star’s lifestyle while glamorizing a life without inhibition. Their message to party without fear or favor comes from the notion of rock stars’ parties maintaining a theme of “no holds barred.” Although Shop Boyz feel as though their music has been misinterpreted by their audience, claiming that instead of making a mockery of rock kids they are praising the rock star scene, their less than impressive, elementary lyrics attest to the ridicule as they rap:

White bitches wanna marry me
They see me they just might panic
My ice make ’em go down quick
Like the Titanic!!
Yeah, I’m with the shop boys
You know what we do
I’m surfin’ screamin’ kowabonga
Totally dude!!”

Although “Party Like a Rockstar” has done fairly well on mainstream radio waves and as a club hit, “Rockstar Mentality” on the whole has proven otherwise. Reintroducing the coined phrase “t-t-totally dude” from “Party Like a Rockstar,” Shop Boyz apparently felt as though they didn’t get their point across the first time around and had to indulge us in another mediocre track in “Totally Dude.” Interesting enough, the Shop Boyz sample from their own song on the same album and come up with “Totally Dude” as an extension to the initial attempt. Unfortunately, the track ends up sounding very similar to “Party Like a Rockstar” with comparable verses and beat, leaving nothing to the imagination. In all honesty, the first time around was enough for me.

“Rockstar Mentality” continues with its vision of star status in subsequent tracks while attempting to maintain the new genre of invented “hood rock.” Playing up the idea of being a rockstar, Shop Boyz raps about how to flaunt in “Flexin'” while attempting to incorporate rock sounds through the use of electric guitars and synths. With lyrics surrounding rims and interior dÃ©cor of pimped out rides, “My Car” has similar rock influenced guitars. In yet another track about cars, “Rollin'” fails in providing a variety of lyricism while repeating phrases and words. Trying to be experimental, Shop Boyz changes up the beat to “Rollin'” and instead, uses an odd 80s surfing rhythm to accompany the disappointing lyric.

Shop Boyz shift gears with more personal tracks such as “Bowen Homes” as they depict the area where they grew up in Georgia and admitting real life situations on the streets. Also, “Next to Me” and “Babygirl” which includes a blues guitar introduction, are the Shop Boyz dedication to their female audience.

Fortunately, the title track provides glimpses as to what Shop Boyz are capable of with the song’s upbeat rhythm with the introduction of strings and hard hitting bass. Along with the executive production from “Bingo” Ward, David Banner’s production is featured in “They Like Me” and presents a heavily synthesized beat and bass with a more traditional southern hip hop feel.

Unfortunately “Rockstar Mentality” is neither “hood” nor “rock.” It has become a disarrangement of sound that is difficult to categorize, as the less than substantial incorporation of electric guitars cannot constitute the music as rock. Alternatively, Shop Boyz claim to stray away from crunk, yet their heavily influenced by southern hip hop style is still existent. In other words, eccentricity with a blend of sounds similar to that of Gnarls Barkley, Outkast, or Linkin Park, is something Shop Boyz regrettably does not deliver. Alas, “Party Like a Rockstar” played on the radio and as much as I did not want to, I seemed to remember the words there on after. I guess there’s a rockstar in all of us.