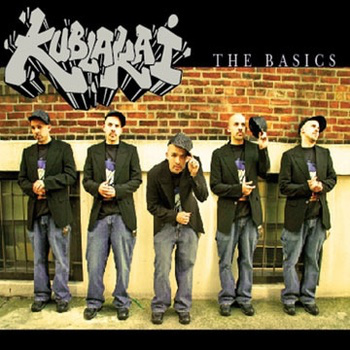 With the unique, unfamiliar moniker of Kublakai, you know you’re in for something matchless. The distinctiveness to his stage name explains his individuality in his definitive style, cynicism, and lyrical genius. As one of Seattle’s best, Kublakai, also know as Ian Waller, has built a name for himself in the hip hop scene with his wittiness, absurdity, and unmatched style. His first mixtape, “The Change,” was released in 2006 and with the help of production from Kno of The Cunnylinguists quickly sold out. Soon enough, Kublakai quickly learned that his musical talents were being recognized with his countless shows and audience. After a two year stint, Kublakai comes back better than ever with his full-length solo debut, “The Basics.” This time around he teams up with local Seattle producers Grieves, Sebino, and Beanone, to name a few, and reacquaints us with his fervor and impeccable technique that has only matured through the years. With his wide array of topics that delves deep into the controversies of life, self-exploration, mainstream hip hop, and politics, “The Basics” is a wake-up call to mind-numbing emcees to show that quality hip hop is still very much alive and ready to conquer.

As I listen to Kublakai, he reminds of somebody, but I can’t put my finger on it. A little bit of Brother Ali meets Eminem perhaps? You be the judge.

As a topic revisited by many underground emcees, the struggles of a rap artist is difficult to not face head on. With its funk beat of guitars and keys, “Oh, Lord” shows the continuous efforts involved in being an emcee while not succumbing to the mainstream arena as Kublakai expresses:

“Oh, Lord let me be
I’m trying to float away with the breeze
They trying to put me away in a cage
But I won’t be trapped, I won’t be trapped
I’m on a journey to whichever way the wind blows
I follow my heart, its rhythm and its tempo
Get it, I’m saying fuck the critics
And if you want it, gotta make it, once you make it, make it good
Whatever happened to the love of the mic
Love of the nighttime
Party without a gun or a knife
Money and hype replaces beautiful music
And you’re so used to it you think it’s something you like”

As a voice begins “Talk That Talk” with “Everybody gets one chance to do something great.. most people never take the chance,” Kublakai lyrically dominates the track that exposes the complexity in dealing with both adversity and passion from music. An ominous beat with broken up strings adds to his strength and virtuosity as he attempts to defy the negative statements people say about his talents. As the chorus breaks, you hear nothing but the faint sounds of writing on a piece a paper and heavy breathing as Kublakai says, “They say you can walk that walk, you can talk that talk, but you ain’t going no where.” With blaring trumpets for the introduction, the title track, “The Basics,” is yet another track that defeats the glorification of mainstream hip hop and shows the alternative side to music. As the vision of hip hop has become skewed thorough the years, Kublakai cries out to his audience about what the fundamentals of hip hop are truly about as he says:

“Y’all famous for two days
I’m a legend forever
‘Cause I put heart into it
This is hard work music
If your art is your life then feel this and let’s do it, come on
(Chorus)I could give you what you want to hear, right?
Sex, drugs, bitches, and ice
Same shit replayed all night
But you don’t care, welcome to the basics
I could give you what you want to see
Pussy, pussy, gangstas, and guns
Same show it’s just another re-run
But you don’t care, nope, welcome to the basics”

Kublakai is one emcee who knows how to acknowledge and address the idea of being enlightened and self-informed. With its slow beat and twang of guitar reverberating throughout the track, “Power Food” exposes the truth about the growing lack of intelligence and incompetence throughout society. His lyrics about socioeconomics, politics, and ongoing vice in society prove his aptitude, nonetheless. “Corruption” featuring emcee Scribes, explains exactly that and puts emphasis on dishonesty, crookedness, and lack of humanity. Kublakai fervently speaks of how “they’ll never take me alive.”

Not only does Kublakai deliver in a way that is unreserved and cunning, but at the same time he’s one to know when it’s the right time to have some fun. Comical in his own satirical and cynical way, Kublakai jokes in “Doctor’s Prescription” as if being prescribed a multitude of drugs and their inevitable side effects. He boasts, “I got a hole in my head where my brain should be. I got a hole in my chest where my heart should be. I’m stuck, fucked, outta luck, breathing through a pump.” At the end of the track, a Chris Rock skit about legalizing drugs just about sums up the track.

As a lyrical prodigy and mastermind, Kublakai is more than just your average emcee. He comes fresh with his lyrics and lines, knows how to bring a sense of entertainment to his music, but at the same time knows how to be lyrically conscious as well. Self-motivated and aware of the importance to help underground music thrive, Kublakai is a progressive emcee who defines the basics of true hip hop.