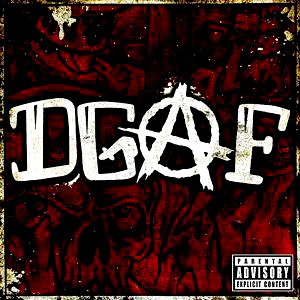 Suburban Noize is (at least to this writer) the Burbank, California equivalent of Psychopathic Records. I’m not sure whether or not Suburban Noize will appreciate the comparison given their artists are stylistically different but their business model is eeriely similar. Both labels have one top artist – Kottonmouth Kings and Insane Clown Posse respectively – a core of fairly well-known secondary acts with a few standouts (Big B for SubNoize, Twiztid for Psychopathic) and a lot of tertiary acts unknown except to the label’s devotees. Both take the occasional mainstream exposure they get as a chance to recruit new converts but largely focus on pleasing their hardcore fanbase. Either label can tour nationally with their own groups and fill small to mid-sized venues coast to coast of the strength of their fans. Very often critics (including this one) fail to see the appeal of even their most popular acts, dwelling too much on inane lyrics while recognizing too little the loyalty and devotion the artists inspire. Having had the chance to experience a Kottonmouth Kings concert last fall, I gained a better perspective on the SubNoize phenomenon. Like their Psychopathic counterparts the SubNoize artists offer an identity to those in search of one, a place where being a misfit is not a detriment, as the artists consider themselves misfits too and offer an unpretentious world of fellowship and entertainment. Drink a beer, smoke a joint, and be proud of your life even if you’re poor white trash! Even though the beats and rhymes can on occasion be insipid there is underneath it all a feeling of refreshing honesty that’s at times intoxicating.

DGAF clearly aspire to this aesthetic on their self-titled debut, as their name is an abbreviation for their motto: “Don’t Give A Fuck.” While you couldn’t call DGAF even a tertiary level SubNoize artist as a group, individually many of them are second tier or tied to the label’s upper echelons. Saint Dog was an original member of Kottonmouth Kings, Chucky Styles a.ka. Chucky Chuck has cameos on a wide array of SubNoize releases while Gillies is co-founder of the DGAF movement along with Chuck. A word to the wise – the members of the group don’t sound out each letter of the abbreviation. If you’re going to say it whether the band, the clothing or the lifestyle they advocate pronounce it “DEE-GAPH” as explained in the album’s “Intro”:

“If you’re down on your luck
Feelin rich with one buck
Yell DGAF! DGAF!
If you don’t give a fuck
Stay drunk as fuck
Then yell DGAF! DGAF!“

From this point on DGAF take listeners on a misanthropic misadventure of drinking, smoking and bare-knuckle brawling straight out of “Road House.” Intentionally or otherwise the A in the DGAF logo seems as if it’s drawn in the style of the anarchist symbol, but anarchism as a philosophy espouses society without government, whereas DGAF espouse a lifestyle without any rules. DGAF could in fact be called the philosophy of having no philosophy at all – just act on any primal urge that you have and advocate the same behavior in others with the rallying cry “Damn Right!”

“Who the fuck said this shit couldn’t happen
Meet me out back, motherfucker we scrappin
Disconnect you bitch, ha ha ha, we laughin
You’ll see the way oh yes we DGAF’n
Suburban Noize, we clockin the cheddar
And live on stage we buck buck like beretta
So you best be comin equipped, cause the shit be gettin thick
And if you’re fake trick, you’re bound to get clipped”

Now to be perfectly honest I haven’t listened to enough SubNoize releases to clearly identify any of DGAF’s members from verse to verse. The opening rapper of “Damn Right” sounds like he could front a nu-metal group, while the member to follow him has a very country and somewhat awkward sounding twang. The third might be Chucky Chuck but don’t quote me on that, and at some point I have to concede defeat and move on to the next track because this song lives up to the “Noize” in SubNoize quite well – in other words the track is repetitive, harsh and vaguely unpleasant. “We Came Here” is more musical by a minor margin, as the bass and melody imitate each other following a three note pattern ad nauseum. “I’ll drink the bar then we, puke it up/And twist another spliff, and order another round/DGAF is in the house tonight best believe it’s goin down.” The side effect of being more listenable is that the inanity of their lyrics becomes ever more apparent, and unfortunately I’m not DGAF enough to NGAF about nursery school level poetics. As an experiment think up a verse in your head right now about drinking and getting high and make it rhyme. Even in the worst case scenario you could insert it into “We Came Here” and do no worse than they did, and in the best case you’d sound like King Tee or Snoop Dogg by comparison. 98% of you will fall into the best case group.

Flashing back to how much I enjoyed the Dirtball/Big B/Kottonmouth Kings show, I’m trying my best not to dwell on the negative and find the positive in DGAF’s “DGAF.” After working long and hard at it here are a few things I can share with the readers that are somewhat positive.

1) The tempo of DGAF songs is close enough that you could easily mix them with each other.
2) “Bump That Shit” is borderline to being fresh thanks to some triple-timed rap flows.
3) “Misfits” has the album’s strongest beat and best epitomizes my opening paragraph’s point.
4) If you like getting smoked out “Pass That” is an anthemic if somewhat anemic track.

One of DGAF’s mottos on this album is “With Us or Against Us” and undoubtedly after this review they’ll consider me to be among the latter. I’ve come to realize that I could respect the lineup of the Kottonmouth Kings tour simply because DGAF wasn’t on the bill. Big B’s voice was a bit gruff but the songs he performed from “More to Hate” were fun and for such a big dude he was a charismatic non-stop ball of energy on stage. The Dirtball impressed me as being serious about his craft, and even if you knock the lyrics of the Kottonmouth Kings they balance out their inanity with their serious desire to party and have fun. DGAF may be a good motto and a great clothing line but they’re a bad addition to the Suburban Noize roster. They’re angry without focus, loud without reason, and while many of the SubNoize boys like to drink and fight they don’t have DGAF’s relentless mind-numbing focus on being totally anti-social. I could smoke with the Kings or drink PBR’s with Big B but DGAF makes Three 6 Mafia’s “Tear Da Club Up” seem positive and uplifting. In fact listening to DGAF gives me a whole new appreciation for the Memphis mafia – their raps are twenty-thousand leagues above this release. I mean this in the kindest way possible because I do respect SubNoize and even know some nice people at their label – PLEASE shelve this album before the March 18th release date.