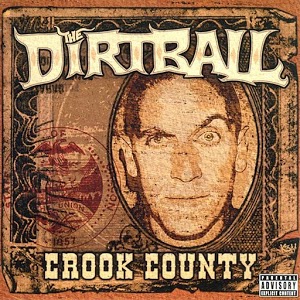 I decided to take a couple of things into consideration before I reviewed this album.

Sometimes, you have to listen to things within their context to get an appreciation of what an artist was actually trying to do. It also helps if you have an idea of the general state of mind of a musical act, especially one with as strong a cult following as the denizens of the Suburban Noize record label.

So with that in mind, I did the only things I could think to do: I did a little research with Google (message boards, YouTube videos, etc), reread the Suburban Noize concert review posted by Adam Bernard (I keep going back to that one, BAY BAY!), and listened to some other material put out by other members of the record label (Note: it was important that I did that so that I would not judge them purely off of what I have heard from the Kottonmouth Kings years ago. THAT shit just would not have been fair at all.).

Because of my research, I have decided to divide this review into three separate pieces. One will be my headphone opinion, the second will be my opinion if I was listening to this in my car, and the third will be based on if I was hearing this live. This highly subjective rating system will be called the “Triple P Exam”; the P’s standing for Plugs, Petroleum and Party. Without further adieu, let us run headfirst into the madness.

Within a couple of blocks of listening to “Crook County” while strolling the streets of Midtown Atlanta, I KNEW that there was NO WAY that this music was supposed to be rocked in the headphones unless I was headed over towards Piedmont Park to take an afternoon jog.

Headphone music is supposed to have a bit of a spacey element to it and this album is pretty much what I like to think of as music I would most likely hear if I was over by a frat house. He is kinda nice on the mic, delivering an acapella that I am sure KILLS live and most of the tracks seem to be of the “play me loud and smoke sumthin” variety. Nah, this shit would KILL a casual high and is making me want to walk fast when my ass needs to be moving reeeal slooow. PLUGS EXAM: FAIL!

Since it appears that this music should be played loud, I decided to give it a go in the ole automobile. Immediately, there were problems. You know how some music just does not seem to apply to YOU when you get to a certain age? That is how felt after driving a few blocks with “Crook County” blasting out of my window. I felt like a poseur trying to impersonate the young dude I was about twelve years ago.

Now of course, if I were in my mid-twenties again, this album would have had me so CRUNK! This would have been especially true if I was heading out for a Friday night jump-off. However, because this album seemed to be made with young and particularly SUBURBAN kids in mind, I felt like the sleazy old guy who shows up at the 18-and-up spot trying to convince some college freshman that age is nothing but a mere number. PETROLEUM EXAM: FAIL!

I reread Adam Bernard’s concert review (AGAIN, BAY BAY!) and put my mind in that place while listening to the album again with my eyes closed. NOW I GET IT! The Dirtball has a reasonable amount of microphone mechanics, the production (mostly by Mike Kumagai) has a slight rock-based influence weaving through most of it and it actually comes together pretty well. It peaks, in my opinion, on “Crook County Killers” a high-energy track propelled by a reggaeton rhythm.

I imagine myself at the show, imagine a crap sound system and being surrounded by a horde of half-dressed ladies and positively BLASTED young imbeciles with acne rocking hip-hop gear and tricked-out Honda Civics and you know what? I AM HAVING A BLAST!

The Dirtball has a bit of swagger, a strong stage voice and the tracks do not make me just want to dance in place; they make me want to PUSH SOME DAMN BODY! He raps fast and he is clear. He has lyrics. Okay, I am sold.

To conclude, I am going to review this album based off of the Party Exam because this is where I feel its’ true contextual nature lies. Hey Adam, this guy is kinda okay.