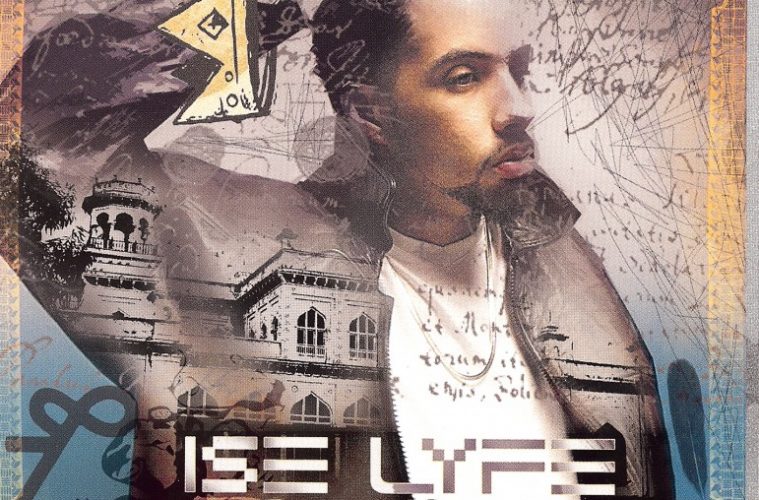 First and foremost, I was due to review this last week but got so caught up with the Nas “Untitled” album that I thought it best to set aside quality time for “Prince Cometh.” The fact of the matter is that, to me, this LP will forever be intrinsically linked with “Untitled” – it deals with similar subject matter in numerous parts, both subversively and in a brutally honest way. In certain ways, it even surpasses the Nas effort – maybe not through raw MC-ing ability, but in more subtle “what did he just say?” ways. It even, occasionally, feels like a composite of “The Nigger Tape” and “Untitled” – combining mostly excellent beats with interesting concepts.

With regards to Ise Lyfe, coming from a spoken word background could lead people to pigeonhole him – however, he RAPS on this album. In case it needs more clarity – this is a rap album, not a spoken word one. Cleared up that mess, next stop the Middle East… Well, alright then. One of the immediate highlights of “Prince Cometh” arrives in the form of “Whitey’s in Iraq.” A potentially incendiary updating of Gil Scott-Heron’s “Whitey’s on the Moon” is instead flipped to great effect, complete with a clever and on-point ending. As previously stated, he isn’t the greatest MC in the world – he simply hasn’t nailed the flow down yet – but lyrically he is strong, and conceptually well above average. Even if certain songs are dealt with heavy-handedly (see “The Blowout” and the really-rather-poor opening title track), there are more than enough examples of significant artistry to carry the album through any dips.

As far as the production is concerned, most of the tracks on this overly long album are musically on point – and a real star producer could be in rising, in the form of Nick James. Taking care of 13 tracks out of 21, James handles his biz with great aplomb, and we are sure to see more of the youngster if he can keep up this level of work. Mostly soulful 1970’s era soundscapes, he proves on tracks such as “Thigh Bone” that he can do bang up-to-date beats too. Saying that, Ise Lyfe himself doesn’t seem entirely comfortable making commercially tilted tracks just yet. He sounds – and I mean this in the nicest way possible – like an underground rapper trying to go overground, whilst keeping his integrity in tact. The dream scenario, right? Then why does it NEVER work out? Answers on the back of a postcard, please. Tracks such as the awesome “Ise Lyfe” (undoubtedly reminiscent of “We Major”) and the outstanding “Yes No Maybe” are more along the lines of what the artist can comfortably handle.

Having listened to this extensively, the answers may seem obvious when wondering how “Prince Cometh” could be improved: way too long, MC needs a better flow, and so on. But that would do the LP a great disservice, since this is a journey peppered with some spectacular vistas. Some of the music is wonderful, not to mention the subversive concepts that impress on numerous levels. More than anything else, though, you realise that Ise Lyfe actually gives a damn about trying to make people in his environment THINK. Again, this isn’t always achieved, but the artistry is commendable and, most importantly, he manages to entertain the listener whilst trying to make those brain cells spark into action. All in all, a very worthy listen and maybe, just maybe, political rap isn’t dead after all.