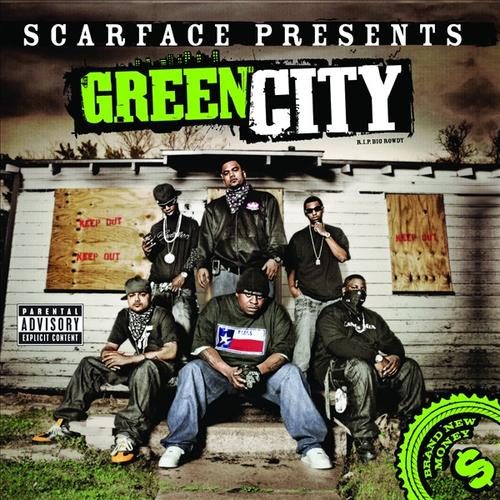 Humans instinctively labor to leave their mark on the world. Fathers try to pass on as much as they can to their sons in the hope they leave a lasting legacy. Mothers have passed on advice, love, and delicious recipes for generations. While the easy access to information afforded to us by the internet has made these familiar exchanges largely symbolic, the sentimental value associated with the inherited knowledge can not be replaced. Hence, one would much rather learn to do an oil change from one’s father than from some internet message board. Grandma’s mac and cheese is also much tastier than any chef’s creation published online. This instinct is rooted as much in the desire to be remembered as it is in the responsibility we have to future generations. Rappers aren’t immune from human nature as they constantly attempt to usher in the new generation of rappers. Some rappers are only motivated by money, but others seem genuinely motivated by their responsibility to the future. Scarface is one such rapper. How else could you explain a legend like Face teaming up with relatively unknown rappers to form The Product or Facemob before then? “My Homies” was the ultimate exercise in legacy building as Scarface. Despite cementing his status as both a legend and godfather in the rap game, Face continues to perform his societal duties. Green City is his latest contribution to our rap community as Face felt compelled to put on the group from Killeen, Texas. Despite being from the Lone Star State, there isn’t much I can tell you about Killeen. The city finds itself located in between both of Texas’ major north/south interstates, but not close enough to either to warrant a road trip detour. Given the city’s odd location, it’s no surprise that it hasn’t been associated with rap music until now.

Consisting of members Spark Dawg, Mike Hee, Yung Texxus, MJ, J. Scott, Big Spade and G-Ni, the group is difficult to keep track of. Big Spade is apparently locked up so he is the least featured emcee. G-Ni is the resident producer, so we have one less voice to track. Left are Spark Dawg, Mike Hee, Yung Texxus, MJ, and J. Scott who vary both in skill and popularity. During the long delay between signing and finally dropping their album, Spark Dawg, Mike Hee, and Yung Texxus have grinded out a small mixtape following as solo artists here in Texas. In all honesty, their popularity has more to do with Scarface than their own skills. Take Mike Hee’s verse on “Do It Like I Done It:”

“Do it like I do it, stop then I go
CTS with a trunk full of blow
I don’t mean speakers
Trunk full of reefer
Gun in my lap, AKA street sweeper
See we don’t play games
We shoot and take names
Point blank range
Three point Danny Ainge”

You can compare that to Spark Dawg’s verse on “Good Enough to Eat”:

“The sun got my candy looking good enough to eat
Run your tongue across the hood I guarantee the shit is sweet
Red slab taste like strawberry, green taste like sour apple
Orange impala taste like tangerine, want a sample?
Scratch the paint you getting trampled
So its best you keep your distance
All you hear is “Spark Dawg” coming out the speaker, listen
When I talk my teeth will glisten
Shining like my chrome wheels
Jackers scoping out the lack so I pack the chrome steel”

The fact that all the crew members have similar street/punch line styles makes it even harder to get into Green City. Basically, the guys are nothing special on the mic. The beats tend to bump, but at the same time aren’t anything fresh. Essentially, this is Texas street music – the same type of Texas street music you’ll likely hear when you buy the latest Swishahouse, DSR, or Boss Hogg Outlawz mixtape. It’s nothing to be ashamed of, but it’s a bit disappointing considering who sponsored the group. Speaking of Scarface, the man absolutely blows the group out of the water anytime he’s featured, especially on “Dope Game.”

In the end there isn’t anything particularly unique about Green City. They’re on par with much of the Texas rap game right now, meaning they can be clever but seem stuck in the same balling/flossing rut that’s trapped the state for the last few years. As disappointed as I am, considering the situation Green City couldn’t have lived up to the lofty expectations. So Scarface gets points for continuing to try to leave his mark and help out those who will come after him, but Green City still has room to grow.