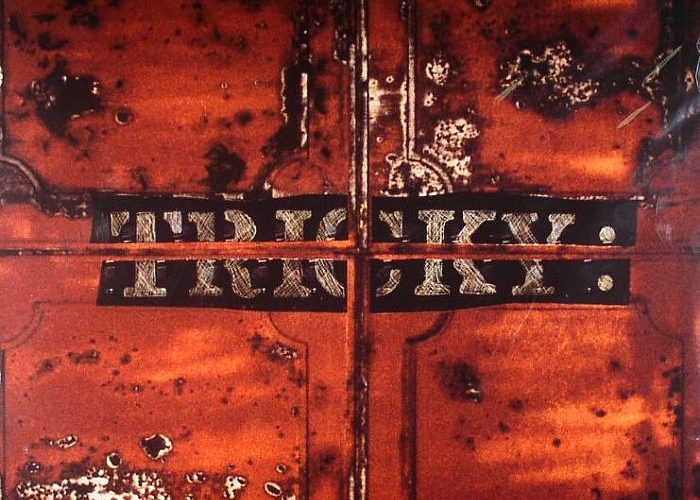 In 1995, a thick, dark fog enveloped the music industry – not just in Great Britain, but the USA as well. It loomed large and low, suffocatingly low, and the musky air helped to create an album that UK hip hop artists haven’t even come close to bettering, even though 14 years have since passed. It may well be harsh to say, but British “black” music sporadically leaps into life every 5 years, and then hibernates creatively, overcome by the innovation and brashness of our American cousins. You have the Soul II Soul era in ’89; then trip hop (more of this later) in 1994; house and garage in 1999; hip hop in 2004; and right now, it is all about grime, dubstep and bassline. These, of course, will die a death by 2014, by which time a thrilling new genre will emerge, one that only Britain could have come up with. From the aforementioned trip-hop era, alongside Portishead and Massive Attack – and just before Britpop produced a scene way more interesting than its’ actual music – arrived an artist named Tricky, born of Maxine Quaye.

Yes, M.I.A. wasn’t the first artist to name albums after her parents. Maxine’s offspring named his debut after his late mother, and the mood created is night, dark night. They say an album that sets a particular mood, then helps the listener navigate through it, is the best way to create a memorable work. “Maxinquaye” is a rickshaw driver that invites you in, seats you comfortably in the back, then tapes a bag over your head, refusing to give you any indication of where you are going. Only once you surrender that particular sense will the others work overtime, thus giving you the full aural experience. You must let it wash over you: it is dense, murky, industrial. Yet listen again, in a different mood, and a parallel universe opens up: organic sounds, warmth, samples. “Maxinquaye” is a bewildering album to figure out – the point being that you never will.

In brief, take Tricky – a strange amalgamation of hip hop MC/producer, freeform poet, lots of reverb and snarling bravado – and partner him with clever samples, banging beats, dark concepts and beautiful female singing partners. He isn’t what we now call a “traditional” MC, and this isn’t a straight up hip hop LP, but it does incorporate many of the genre’s principals successfully (rapping, sampling, genre-hopping). It also subverts the obvious anger of “Fuck, shit, bitch, coke, weed and guns” with a more real hatred – that of an actual human being. As people, we feel isolated, we distrust the government, we mourn the loss of loved ones. We don’t all “pour out a little liquor” on a pavement: we cry, punch walls, shout, kick, scream, go practically crazy. “Maxinquaye” buzzes with vitriol that always feels like a shotgun in the hands of someone that real just doesn’t give a fuck. When Tricky raps “hell is round the corner,” he knows from personal experience – he lives there, he practically becomes Death.

The first half of the LP is sample heavy, with the latter portion only containing one significant (and pretty damn huge) sample. As for the singer, Martina, allegedly plucked from complete obscurity, her dulcet tones provide the perfect contrast to the frequently harsh sonics, and the simmering anger of Tricky’s lyrics. This is Public Enemy’s overbearing bile, reformatted into a sinister suggested threat. From the opening “Overcome” – which leads seamlessly into the tribal/Asian drums of “Ponderosa” – we enter a world which gives few clues conceptually, but musically throws everything at the wall in order to see what sticks. “Black Steel” suddenly springs into rock, whilst the double-act of “Hell Is Round the Corner” gives the album a breakthrough moment. Utilising the same Isaac Hayes sample that Portishead administered so effectively on “Glory Box,” Tricky raps in hushed tones, with lines that many a now-suburbanite can still recite off-by-heart (“Juice me, seduce me, Dress me up in Stussy”). Goldfrapp turns up on the original downbeat of “Pumpkin,” and later on, a sample of Michael Jackson’s “Bad” is cleverly spun on “Brand New You’re Retro” to thrilling effect.

Taking a potential listener through individual songs seems somewhat pointless, since, as an album, “Maxinquaye” is practically flawless. It also plays almost perfectly from start to finish, delivering on the twisted vision that originated in Tricky’s mind. The raw – yet inexplicably sweet – vocals of Martina provide the little light needed to give the darkness contrast, to give the futility of it all just a touch of hope. Musically, it sticks to a task – creating a dark mood – and sticks to it faithfully throughout, by tearing up the pre-existing rulebook. As I sit here now, late at night, the rain pelting the roof tiles, the wind howling through minute cracks, Tricky’s masterpiece is simply perfect. His laconic drawl, the brooding lyrics, his masculine/feminine vocal affections, and his astonishing beats – we were provided with a glimpse of perfection in 1995, and almost a decade and a half later, you would be hard-pressed to find a better album by ANY black British artist. This album will stay the course, ’til Death do us part.