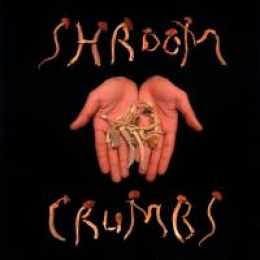 If someone was to write a story about hip-hop music the narrative would be perpetuated by the loss of its soldiers. In June 2007 a fine producer and staple of the Columbus, OH scene, going by the stage name of DJ Przm passed away due to a heart condition. Luckily, an emcee was able to get the rights to some quality productions of Przm’s to help let his legend live on posthumously, like so many of this music’s greats. That emcee is Bru Lei; a rhyme spitter that gives himself a whole lot to live up to with his EP release “Shroom Crumbs.”

It is pretty audacious, and possibly alienating, to call a release “Shroom Crumbs” but it is a fair representation of the type of gritty, raw, hip-hop music therein.

The album kicks things off with the track “574,” which opens with a pretty funny skit that sounds like an excerpt from the show “Cops” of an alcohol-induced man doing a field test. Then the essence of the music fades in–a funky piano cut that sounds like hip-hop version of the Peanuts theme music. Here Bru Lei attacks the beat with his straightforward flow, sounding like a less rugged version of MF Doom, with this descriptive lines like, “My New Balance check me styling in so many places/Chocolate Suede with the camouflage laces” and he keeps on topic by expounding on his shoes throughout the cut. The song is a perfect introduction to Bru, given that it isnâ€™t anything too deep to draw a casual listener in, while it showcases his obvious skills.

He follows this up with a pair of nice concept-tracks with two very different tempos. “Bad Reviews” features a soulful grunt backdrop, whereas “Jean Grae” is a very soft and airy affair. The latter, of course, pays homage to perhaps the best female rap artist in hip-hop; almost certainly the best classified as underground. He explores both his sexual attraction to her and the utter respect he has for her abilities.

The only semi-misstep on the short release is “The Bruce Burnett Show,” which has cool enough old school horns, though the sound is decidedly lo-fi. In this case, the slightly subdued vocals hinder the overall result.

The closer, “Spit About,” has that same crackle of a record spinning in the background and the levels seem a little off, which sounds like it might have been a conscious effort to deliver a more pure form of hip-hop, without all of the gloss. He spits more battle-style bars. He comes across rough-edged here and may remind some of Sean Price with his occasionally humorous slant.

So despite the daring recruitment of the sadly departed DJ Przm for the release of “Shroom Crumbs,” Bru Lei manages to more than hold his own with the use of his solid mic skills. At only six tracks and a running length of 18:30 the release does exactly what it aims to do; get you to the dealer (or local record store) asking for more than just the crumbs.