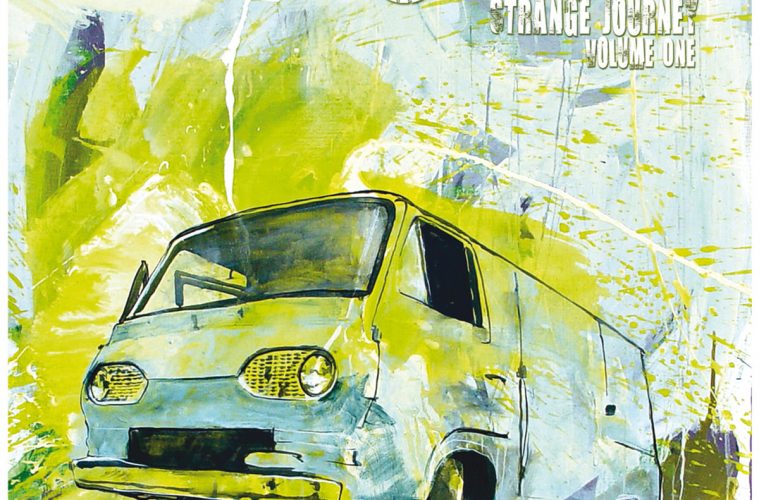 CunninLynguists have overcome great odds to become the underground darlings they are. On a regional level, Kentucky hasn’t necessarily been a hotbed for rappers in the past. Outside of Nappy Roots, the state has never produced a major act, let alone a movement. Southern rappers not doing typical southern rap have also met difficult times. Add to all that the fact that the group has a very bad name. Actually, it’s an extremely bad name. CunninLynguists is something middle schoolers would make up thinking it was the wittiest thing in the world. It almost nullifies all the positive things one can say about them. I’m sure any fan has had the same experience. After being asked about dope rap music you go on and on about this southern group who is making soulful and meaningful music. You diss the requisite mainstream garbage. You emphasize how crucial the group is and then you say the name and receive eye rolls and incredulous looks. For all the strides the group makes, until they change their name they will remain underground darlings. Yet, for all progress they could make with a new name, they seem to be doing plenty with the current one. “Strange Journey Vol. 1” is the latest chapter in the CunninLynguists story and it shows how much they traveled, both literally and figuratively.

Things kick off with “Nothing But Strangeness,” a posse cut with the highly underrated Hilltop Hoods from Australia. I haven’t gotten around to purchasing their album (damn import fees) but I came away very impressed with their latest DVD so hearing them here is an unexpected treat. Treats abound on this compilation when it comes to guest appearances and they remain the highlight of the CD. “KKKY (Remix)” features the always entertaining Nappy Roots lending their vocals to the track. Killer Mike and Khujo Goodie make sure they aren’t outdone on “Georgia (Remix).” Even Slug of Atmosphere comes through on the eerie “Don’t Leave (When Winter Comes).” The only thing missing is a Devin The Dude feature on “Never Come Down (The Brownie Song).” In fact, the tracks which feature only CL are few and far between. Out of the three tracks featuring just CL, “Never Come Down” remains the highlight due to the catchy beat and subject matter.

If you are even remotely familiar with the group you’ll know production is no problem for the group (no pun intended â€“ really). Kno handles the production throughout and is up to his usual level of soulful compositions. He flips different styles well on this disk. “Hypnotized” is a mixture of dancehall reggae bass and high-pitched sample blending. “Distance” is a blend of eerie vocals, haunting samples, and driving bass. The production is no problem throughout. The only real issue one can take with this compilation is the few lackluster tracks and the disjointed feel of the CD. “Lynguisticis (Live in Stockholm)” really does nothing for the CD and the two skits on the album are not entertaining, despite the intentions to fit into the journey theme on the album. The ToneDeff and Mr. SOS features on the album aren’t bad at all, but they make it clear this is just a compilation. One of the main strengths of the group is the experience one undertakes when they listen to a full album. As such, some of their appeal is lost when presented in this form. Deacon’s deficiencies on the mic are a bit more apparent, especially when other emcees show up in top form.

So there you have it, a mixtape/compilation featuring some of the most soulful music you’ll likely hear this year. Fans waiting for another full length will be disappointed by this collection, but in all honesty I find few faults in “Strange Journey Vol. 1.” The album lacks the cohesive feel of their albums and there are some lackluster tracks on here, but most of the tracks sustain the high quality one has come to expect from the group. The group also manages to come away with some impressive guest spots. Killer Mike, Slug, and even the Hilltop Hoods show the type of respect CunninLynguists have in the industry. This is crucial listening for fans and even non-fans might want to use this guest heavy compilation as their introduction to the group. If you didn’t manage to get in on the exclusive pre-order you’ll have to wait a bit to pick this up, but it will be worth every penny.