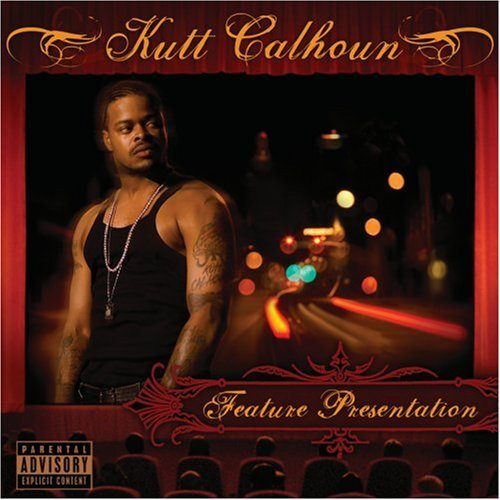 The importance of distribution can not be understated for the success of an artist. Today many record labels are quick to sign their artists onto iTunes and Amazon.com or CDBaby and are content in the notion they have “national” distribution. Unfortunately, it’s not that simple. National distribution is important, not for the diehard fans, but to reign in those fans who are on the edge or even oblivious to the artist. Growing up, the bulk of my favorite CDs were purchased due to those CDs being accessible to me. Online ordering does make things more accessible, but adds the expensive of shipping and a dangerous waiting period. Impulse purchases lose their allure when you have to wait for the purchase to arrive. Strange Music, Tech N9ne’s label, has the distribution game mastered. Not only are Tech N9ne’s CDs available nationwide, they also tend to be on sale along with other major releases the week they are released. The same can’t be said for his label mates. Kutt Calhoun’s latest CD “Feature Presentation” had been sitting at my local Best Buy for months. I won’t lie, I probably picked up and put down the same copy on every visit since its release. The problem was its 14.99 price tag. While still less than “retail” for a CD, it was still a few bucks past my own monetary limits for CD purchases. I’m much more likely to take a chance on a CD when it’s a little cheaper. In fact I passed up “Feature Presentation” a few times for other sale titles I wouldn’t buy otherwise. I know I’d eventually purchase the Kutt Calhoun CD, but this week fate hit me with a sale. That’s right, Best Buy decided to put the Strange Music catalog on sale for 11.99 and just like that I am now able to let you know how dope this CD is.

“Feature Presentation” is dope for many reasons. The main reason being the fact that Kutt Calhoun is a pretty dope rapper. He’s got his flow down cold. I mean cold. He gives Tech some competition and that is not easy to do. I’d heard plenty from the man on Tech N9ne’s CDs, but a whole album showcases his abilities much better. The production is handled by the production team that has held down the last few Strange Music releases and that means you need not worry about the beats on this CD. You get a nice mix of uptempo Midwest funk all over the CD. You even get a rock-inspired, glossy party anthem on the lead single “Bunk Rock Bitch.” With the production taken care of, Kutt Calhoun is given the opportunity to showcase his skills on each song. Calhoun jumps from track to track with ease and gives us an extremely well balanced album. “Colors” is an updated version of the Ice T classic and lets Kutt relate his life as a gang member:

“Started in ’85 when my town got turned out
Niggas from Cali brought it to the mid and we learned how
Blue or red paisleys powders was the start of a war now
Unification that got the whole nation concerned now
Middle of ’91 I was jumped by a cuz hive
Solely the reason I was introduced to the blood life
Niggas about they money make it sunny at night fly
Whips and bitches and everything was hung from the right side
We gettin’ it back bangin’ and brawlin’ you feelin’ me
Strapped with heavy artillery on the streets and it’s kill or be killed
40’s of malt liquor and sherm was instilled in me
Taught to dump on any niggas from different facilities
Real talk and it’s real life it’s dangerous aint it
Suburbanites better think twice if your thinkin’ of bangin’
Whatever town that you in if it’s rippin’ or flamin’
Throw your bandanas in the sky
and rep the gang that you claimin’ cuz this is Colors!”

Calhoun makes sure to show love to all colors, despite his Blood affiliation, as he features Riv Locc who proclaims he reps “the same colors that BIG Tookie and Snoop do.” Kutt Calhoun switches things up on “Stop Jeffin” where he introduces us to Kansas City slang. Though Kutt Calhoun’s verse is dope, Tech N9ne explains “jeffin” best:

“This is Kansas City lingo blurrr humungo single
You call it jockin’ but stop jeffin’s what we bring you
It’s when people really hate you but love you when you in the place
So if you “don’t like me stay the hell up out my face Hey!”
Don’t be jeffin with me Mr. Jefferson I pill fit-it
Jeffery from Jefferson City I’m sick and I’ll pull the kill-switch
Talkin’ behind my back gotta wrap your man and tell me how you really feel wit’ it
And if it’s real then we can deal wit’ it
Jeffin is ass-kissin’ then talkin trash dissin’
When you missin’ when you present he bitchin’ “have chicken”
No gizzard he ’bout to get it wit’ a liver be
Welcome to misery, cookin Jeffery rotisserie
Swinging on the dilz-nic, jeffin for a hot second
Turn around and cut me down I’ma catch you rollin’ Prospect
And my obsession will begin or I can send a nigga to glock heaven
So mafucka stop jeffin!”

Kutt Calhoun isn’t all party and bullshit as he lets his inner thoughts shine on “Smilin’ Faces”:

“Pac was a “Martin Luther King,” died young cause he had a dream
To make it necessary for each and every man and women to make amends
Told us all to smile through the madness, couldn’t understand what he had then
Now I recognize he was prophesized angel in disguise in his passing
Don’t know what this shit mean, Good and bad through the same thing
Till I know I’m a walk around with a Gun before I let the streets take me
Stress level at a new high, look around everybody a suspect
The man at the liquor store, the women at the mall, ain’t nobody worth trustin’
Smiles every mother fucken where nigga go everybody ain’t happy
Where the snakes at show the comment, why the jealous ones was the one to cap me
Keep smiling I keep brawling and I feel like I’m a catch an end soon
Before you get me, I’m a get you, don’t visit me up in the pen fool
Cause you just going come with a smile, sayin’ everything’s ok
When I know that’s all just bullshit I’m never going see the light of day
I’d rather just talk to myself, I swear to god it’s better that way
Cause I feel ain’t nobody real like I’m real, There, now I said it” Good day!

Those three tracks are just a sample of the variety and dopeness on “Feature Presentation.” “Good Friend,” “Run Away,” and “The Best Man” are a trio of dope storytelling/relationship tracks. “Letter To My Kids” is a heartfelt song about Kutt Calhoun’s family. “Killa City” and “Whoop D Whoop” are the hype Midwest anthems we’ve come to expect from Strange Music.

“Feature Presentation” is dope. After spinning it non stop for a couple of days I’d happily go back and put three more dollars in Kutt Calhoun’s hand. One more thing I know for sure is “B.L.E.V.E.” will be ordered sooner than later and Kutt’s next CD will be copped on a Tuesday! Why? Not just because Kutt Calhoun is a dope rapper, but also because his label knows how important distribution is. I know I could probably have gotten “Feature Presentation” online for a similar price, maybe even cheaper if I bought it used, but I didn’t and I probably never would have were it not that it was available near me and at a good price. I have no doubts that plenty of people have taken a similar risk and come away similarly impressed with the MP3 version of “Feature Presentation.” As the industry changes it is imperative that record labels adapt. It’s also important they don’t forget the past. Tech N9ne has built a successful career on independent CD sales. With his talent, Kutt Calhoun shouldn’t be far behind. With Strange Music’s distribution you, the fan, are left with no excuse. Go pick it up!