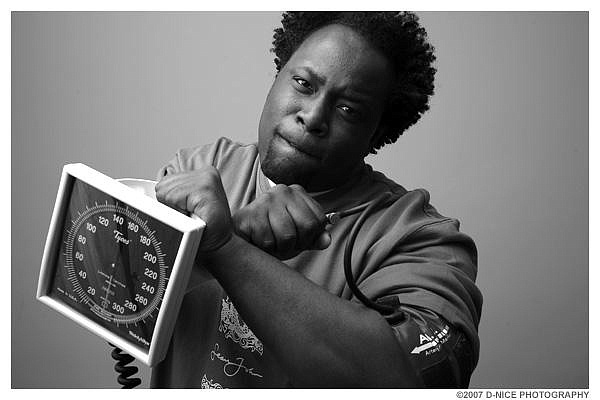 “La Schmoove, the real got nuttin to prove!” If that lyric brings a smile to your face you are of a certain era that remembers the greatness of the Fu-Schnickens. Chip Fu was one third of that powerfully fun trio and over the past few years he’s made a name for himself as a solo artist thanks to his creative use of flow. His “Love Mi Sensi,” which was done over the beat to Collie Buddz’ “Come Around,” turned out to be more popular than the original and it inspired him to get back into the studio and start collaborating with a host of artists. This week RapReviews caught up with Chip Fu to find out more about what he’s been working on, how he felt with hip-hop started shunning fun, why he doesn’t totally miss The Golden Era, and the likelihood of a Fu-Schnickens reunion.

Adam Bernard: I think a lot of younger Hip-Hop fans may not be super familiar with your past, so for the 21 and under crowd, hit em with the Cliff’s Notes version of the history of Chip Fu and the Fu-Schnickens.
Chip Fu: Fu-Schnickens were derived in Brooklyn with three group members – Moc Fu, Poc Fu and Chip Fu. We basically got discovered at Howard University when we opened up for Rakim, Little Shawn, Leaders of the New School, A Tribe Called Quest, Edo G and Da Bulldogs.

AB: Damn! They don’t make shows like that anymore!
CF: No, not at all. It was crazy and the response was good because they had never seen anything like us. Our flows were different and everything just took off from there. Sophia Chang, who was an A&R at Jive at the time, saw us there and she just started following us and we got our deal.

AB: You guys had quite a few hits over the years, but haven’t been active as a group since ’96. I know you’ve been active as a solo artist since then, though, and I hear you’re working on a number of things right now.
CF: I did a song called “Love Mi Sensi” on the Collie Buddz riddim like two years ago and what happened was everybody started liking my version over Collie Buddz’ version and started playing it instead. It got added to radio and then it got dropped from radio because Sony was like, that’s not their record. The success of that song put me in the frame of mind to continue to keep recording. I started doing a lot of collaborative records with Nicolay and Kay, I did the Pete Rock album, did some work with Shareefa, did some work with Zhane, and kept doing collaborative songs with people until the buzz just got bigger. I’m at the point right now where people are actually tuning in to what I’m doing and I’m thankful for that.

AB: Do you have a solo album you’re working on?
CF: Yes. It’s going to be called MAATH, which stands for Music Appreciation Art Time and Healing. I am so proud of this project because I know it’s gonna really shock a lot of people. I know I’m underdog at this particular point in time because a lot of people didn’t hear from me (for a while), but a lot of producers are giving me tracks; Black Milk, Ali Shaheed Muhammad, Illmind, Needlz, Beatminerz, Pete Rock, the list goes on. I’m just prepared and ready, man, so all I’m doing is just releasing songs to the net along with videos. I want people to be able to both see and hear what I’m doing.

AB: Do you have a prospective drop date for MAATH?
CF: Right now I want to continue to buzz up more. A lot of people have gotten in touch with me to actually put the album out, but I would rather be in a position to dictate thing than having someone else dictate to me. I’m actually looking to drop a few more songs for the fall and then at the top of the year just really go hard and put the album out.

AB: So there won’t be a situation like with a lot of labels where they build up the buzz and then say “we’re gonna release another single in three months and then see if people still want it.”
CF: {laughs} Exactly. I’m trying to make sure that I keep people in tune. I have a video on YouTube that’s almost at 100,000 views (“Love Mi Sensi”) and the new video I just dropped a couple days ago is almost at 2,000 (“Ridiculous”), so I’m in a good position right now. People are reaching out to me to do certain things, so I’m just gonna use that and just keep going.

AB: Musically how will this project be different, or similar, to your group efforts?
CF: With the Fu-Schnickens all I had to do was one verse. When you’re a solo artist you gotta be more creative. You get to do as many verses as possible, for one, and you get to show different dimensions of yourself. No one ever knew I was able to do reggae music, so when I dropped it and didn’t title it and tell people who the artist behind it was, when they found out it was me everybody flipped. So now I get to showcase a lot of things about myself that people didn’t know about.

AB: One thing people may not know is that you like to experiment musically. I saw the clip of you rhyming over the flow of Figaro. Tell me about some of the other recent concepts that you’ve brought to life.
CF: There’s a song that I dropped called “Ridiculous” where I was battling a violinist. Then there’s the Figaro joint that I got going on. There are some other surprises that I don’t really want to tell people about yet. I’m basically just making sure people see that it’s about being creative, man, it’s not about just doing records, you gotta showcase something about yourself.

AB: And you’ve also always brought something fun into the mix with your work, which I appreciate. At some point, however, the Hip-Hop listening masses decided it was no longer cool to have fun. How did you cope with that as someone who clearly likes to have fun with their work?
CF: Man, it was the hardest thing because me being the type of person that I am and being around people that just think that you need to be serious 24/7, I couldn’t really operate around that sort of stuff, so I figured I’d wait it out and I’d find a way to draw people’s attention into what I was trying to do. I think that this particular point in time is the right time for this to happen.

AB: You know, for as much on people hate on Soulja Boy, and I’m not going to say he’s a great gifted emcee by any stretch of the imagination, but at least he’s not yelling at us.
CF: He’s not yelling and he’s having fun. Me, personally, I’m not a big fan of Soulja Boy.

AB: He’s not meant for people our age.
CF: Right. {laughs} What I like about him, though, is that every time you see him he’s having fun and he makes sure that every video that he does he’s putting fun into it, so I’m cool with that. Basically, to me that’s been what’s missing from hip-hop, the whole fun element, and I’m trying my best to make sure that when I do present myself that it can be both sides. I mean, you can have fun. It’s not about screwing up your face 24/7. Everybody shouldn’t be mad for the ENTIRE day. It doesn’t make sense to me, dude.

AB: As someone who was part of what a lot of people have termed The Golden Era, do you think people look back on that time with possibly a skewed view of how it really was, or is all the adulation for that period totally reasonable?
CF: I think it’s reasonable. A lot of people are trying their best to hold on to that because if you grew up in that era that’s what hip-hop was to you and to be at this particular point in time when there’s a big change you’re actually thinking that the element is missing, but the element is still actually there. I just had this conversation with somebody about them saying “well, that was the Golden Age.” The only thing that has actually changed is hip-hop music has become more business than anything and the corporate world has taken more of a liking to it and they’re juicing it for as much as they can get. But do I miss The Golden Era age? Sort of, but not really because if you’re stuck in an age you can’t really blow as an artist and I’m seeing a lot of things in this particular point in time when you have an emcee like Kid Cudi, who’s not the best lyricist, but he makes great songs and he’s challenging himself.

AB: Are you still in contact with the other former Fu-Schnickens?
CF: Yeah, I’m in contact with Poc Fu, actually and Moc Fu and I met up on some occasions. Poc Fu and I actually grew up as childhood friends. He’s trying to get back into music, but he’s just doing the regular 9-5, which is cool, he’s taking care of his family and he has no qualms there. I think Moc is doing the same thing. Will we come together to do an album, or whatever? Nah, that’s not gonna happen. I think that where I’m at right now is the perfect place to be and my creativity is just crazy right now because I can actually do what I want to do and get it to the people quicker.

AB: Speaking of your past, you went to high school with a buddy of mine, Sean “Ope” Williams, and I hear you two are getting together for something.
CF: That’s a good dude. Whatever he needs me for I’m there, man. We’re actually getting together for a lot of things. Ope is doing this sketch comedy show now called Just Blame Chad and it’s sketch comedy about people who collect sneakers. I think that’s a beautiful thing because no one’s really ever touched on that, it’s never really been taken to a point where a show was built around that and I think it’s genius. He just had a filming the other day and I was the first musical guest on the show. It was cool working with somebody I went to high school with. The camera guy, Wiener Milien, went to school with us, as well. We call ourselves the Tilden Triple Threat. (For updates on Just Blame Chad check out obsessivesneakerdisorder.blogspot.com.)

AB: Finally, are you still cool with Shaq? Is he hookin you up with Cavs tickets this year?
CF: The last time I saw Shaq was when he was playing for the Heat. We spoke in Philly for a little bit, sat down and laughed it up.