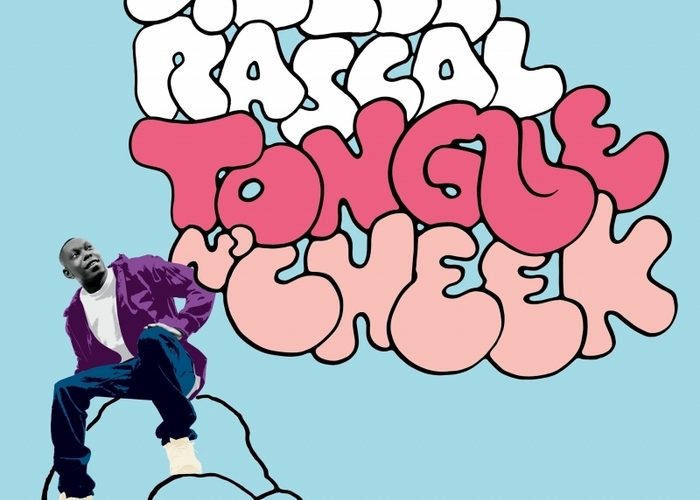 I had a reality shock when coming to review this album. Rather, a jolt in perspective. A few weeks back, Speech Debelle won the “prestigious” Mercury Music Prize. They take twelve albums from different genres, allegedly the best albums released by UK acts that year, and conjure up a winner, based SOLELY on musical merit. That is the THEORY, anyway. Frequently, they ignore everything and choose someone “deserving” — in other words, the Mercury committee takes an artist and crowns them, according to how big a difference they can make in the life of said struggling artist. Speech Debelle was the perfect example. She sold fewer than 3,000 copies before the Mercury award ceremony (ironically, I was one of those that bought “Speech Therapy” first week), and winning it HAS quite literally transformed her career/life — so far, at least. I personally thought the album to be really good IF you let it wash over you, but I can see the virtue of her winning outright (arguing about whether she genuinely deserved to seems futile to me now). The point is that she genuinely thought she could win, ever since Ms. Dynamite won back near the start of the decade — but boy, has Dynamite fallen off since then.

You may be starting to wonder exactly why I’m telling you this. Well, Dizzee Rascal won the Mercury Prize in 2003. Six years ago. When he was 18! (Doesn’t it just make you sick!!??). Since then, he has gone on from strength to strength, and is about to drop his fourth album in six years. Every year, he seems to learn from the next, and he has steadily sold more as the decade has evolved. Last year, his breakthrough moment arrived, following him setting up his own label, Dirtee Stank. Backed by surely the cheapest video in history, his unbelievably catchy single “Dance Wiv Me” featuring Chrome and, more crucially, Calvin Harris, hit the top of the charts and ruled the summer. A bizarre song with mindless lyrics, not one but TWO brilliant choruses, and a stunning beat courtesy of a DANCE producer (Calvin Harris himself), it sold shitloads and the money went straight into the coffers of Dirtee Stank. Dizzee sensibly took some time to put together “Tongue N’Cheek” and put out another two singles this year to help build up the hype. Incredibly, BOTH went to the top of the charts again. The first one featured production from one of my favourite producers of all time, any genre â€“ Armand van Helden. Before even hearing it, I knew it would be good, and “Bonkers” (which is the opening track of the album) is insanely hot, an ADHD-fuelled dance anthem with Dizzee spitting perfectly on top of the flawless instrumental. The third release was the more straightforward “Holiday” — repeating the Calvin Harris trick once again. Slightly inferior to the high standards of “Dance Wiv Me,” but still very solid, it contained a stunning outro that helped to build the buzz for the LP.

And here it is, “Tongue N’Cheek,” in all its glory. Six years after “Boy In Da Corner” shook the Mercury Awards up, success now surrounds Dizzee Rascal, and this here is his triumphant release. There are various ways one can go about celebrating, and he mainly focuses on three: pure bragging, rapping for the ladeez whilst reppin’ his man dem, and sitting above the streets, narrating what is going on in society. For the most part, it works fabulously well. Whilst he may well have dumbed-down the lyrical complexity, it almost always suits the instrumental at hand. The singles are all excellent, and future chart-topper “Dirtee Cash” is precisely in the same vein: sampling the legendary (to me, at least) Stevie V joint from the early 1990’s. Depicting the New Depression era in Great Britain, he pretty much nails it over those familiar horns — but bizarrely enough, he follows it up with the self-blowing “Money, Money,” which is a complete volte-face in concept.

The incredible “Can’t Tek No More” is an absolute highlight, as Shy FX smacks the shit out of the beat, and Dizzee rides it brilliantly. It follows the only truly disappointing moment on “Tongue N’Cheek” — getting his Ludacris hat on, he performs a somewhat awkward sex rap to the girls on “Freaky Friday.” More successful is his Tupac moment on “Chillin’ Wiv Da Man Dem” — a song that probably shouldn’t work as well as it does, with Dizzee rapping about playing Playstation with his bredren over a simple chilled out beat. It is a situation that I can entirely relate to, as can 95% of my male friends (I always beat them, naturally), so it is a nice and relatively innocent song to vibe to, even if your average woman would roll her eyes at the thought. As for the interesting twisting and turning of “Road Rage,” where Dizzee inhabits the character of an enraged driver (but surely he has a chauffeur now?) and the closer “Bad Behaviour,” laced by Tiesto himself, well they play their album track roles with aplomb.

All in all, Dizzee hasn’t gone all out to make an artistic masterpiece, but it doesn’t make the slightest bit of difference. His smartest decision here (aside from working with top dance producers) was to limit the length of the album to only eleven songs, as the brevity embalms the sparkling moments â€“ of which there are enough to make it a strange but very satisfying listen. Like a bride on her wedding day, Dizzee has something old (“Money, Money”), something new (“Bonkers”), something borrowed (“Dirtee Cash”) and something blue (“Freaky Friday”). It is a triumphant celebration that he is THE main man on the UK urban scene, and in a couple of months, you’ll find kids in record stores weighing up whether to purchase “Tongue N’Cheek.” What will sway their decision? Well, they will look at the eleven tracks and see that FOUR of them (presuming “Dirtee Cash” does it too) went straight to the top of the singles chart, so the quality level must be good. And they would be pretty much spot on, too. This isn’t a legendary album in terms of the pure essence of rapping or social commentary, but that doesn’t mean it isn’t successful at what it is aiming to achieve: that, for the most part, is good old-fashioned FUN. The currency that Dizzee Rascal deals in now simply consists of big hits and “doing it major.” He deserves it too, and in production terms, the album is a roaring success. Speech Debelle would do well to forget that Ms. Dynamite ever existed and aspire to be like Dizzee — not copy him, but look at how he has stepped up his game annually until now, where he has dropped one of the most purely enjoyable British albums in a while. You must get your hands on a copy of this.