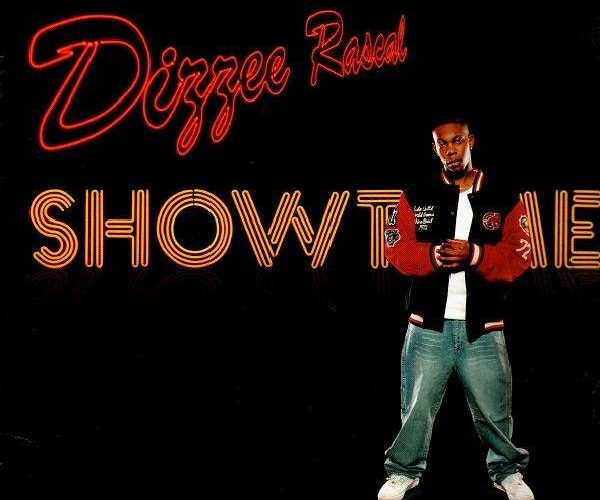 Whether you read URB, XLR8R, Mass Appeal or Knowledge, you would have no doubt have realised the ascending star of Dizzee Rascal. Few artists have received quite as much ink or superlatives from electronic music scribes, who find themselves stumbling over each other in an effort to describe the inner London native’s baffling sound. While American journos get tongue-tied attempting to invent a new genre to throw him in, the English have figured it out years ago, viewing Dizzee as the foremost exponent of a style they have aptly termed â€˜grime’, a logical musical progression to the bustling garage scene that boasted artists as unabashedly party-oriented as Sunship, Deep Biscuit Crew, MJ Cole and Artful Dodger to harder-edged acts like Oxide & Neutrino. A positively explosive phenomenon on British shores, garage and two-step has taken precedence as the most popular soundtrack to a British night out- a fusion of dancehall, hip-hop, soul and funk-heavy house that lies equally entrenched in European techno and American urban traditions. Grime is what happens when you attempt a cross-pollination of garage and infuse it with the brutality, stoic sullenness and graven imagery of East Coast gangsta rap. Dizzee’s debut from last year, “Boy In The Corner”, was in many senses a perfect map of grime’s fascinating sound, charting its leftfield, electro beats and frighteningly bare-boned depictions of inner city life. Take note, however, that “Boy In The Corner” was crafted years ago in a 16-year-old Dizzee Rascal’s room, as an escape from the horrific realities presented on disc. Dizzee Rascal is now 20 and intent on delivering a masterpiece that further affirms the litany of hype that entails him.

Opener “Showtime” couples thumping percussion with echoing new wave synths, as Dizzee reintroduces himself as the former ragamuffin who escaped crime and homicide by adopting musical pursuits. The first single, “Stand Up Tall” follows suit with a breakneck, spastic percussive assault that has a distinctly breakbeat feel. To ears receptive to invention and creativity, or indeed ears disillusioned by the incessant onslaught of redundant-sounding rap beats on the radio, Dizzee’s imaginative leftfield compositions are incredibly refreshing- the cybernetic sheen of “Everywhere” is offset by the bongo and tabla sounding percussion, lending it a trance-inducing tribal quality. The doomy, harsh dirge of “Graftin'” further echoes the bleak exclamation of “skies look grey in London city, we stay rough and of course we’re gritty, hustle constantlyâ€¦”, sounding like dead prez’s “Hip-Hop” if it were to encounter Dalek in a dark alleyway. “Face” is an involving collage of blips and screeches that combine to form a frantic, engaging soundscape for Dizzee’s rapid-fire toasting about treachery, while “Knock Knock” sounds like “Grindin'” playing on the stereo while your little brother is playing Metroid on his vintage NES. If one negative thing can be said about this record, it’s the fact that it’s far too easy to lose yourself in the production and disregard the seething menace and fury latent in Dizzee’s violent braggadocio, every bit as potent and threatening as Mobb Deep or the Gravediggaz.

In all earnesty, Dizzee’s delivery might require some getting used to for virgin ears. Thick with London slang and its distinct reinterpretation of patois, Dizzee’s accent-heavy delivery might repulse any closed-minded Yanks unconvinced by anything Anglo-related. However, I fail to see how Dizzee’s delivery is half as incoherent/ undecipherable as some scribes/detractors have made it out to be, for the great bulk of the album (and I mean 95%) Dizzee’s vernacular is perfectly straightforward, and delivered with impassioned vigour and ferocity. Though he clearly reveres American idols from Jay-Z to Biggie, Dizzee’s style is all his own, developed from years of impromptu radio appearances with his fearsome unit, the Roll Deep Crew. Frenetic, furious, manic and forcefully insistent, Dizzee’s cadence is technically flawless, as he rides his eclectic, sometimes outlandish compositions with effortless ease. Though he does sometimes venture into more en vogue topics like girls, cars and money, how many times have you heard these topics interpreted over jungle and broken beat, half toasted, scatted and rapped with a heavy British accent?

As far as evolution is concerned, there is, in truth, slight progression between this record and his last. It is clear that Dizzee takes more liberty in indulging his electronic influences here- his work here is harsher and more progressive than “Boy In The Corner”, and there are less hook-driven singles on show here. The anthemic furore of “I Love You” and “Fix Up Look Sharp” have seemingly faded here, but instead we have a work that is more musical and experimental. For those looking for more of the same, however, there is plenty on show here. The cantankerous bottom-end-soaked shuffle of “Get By” sounds like it’s lifted directly from the “Boy In the Corner” sessions, as does “Hype Talk”. It makes little consequence, however, for if you are already a certified fan I anticipate that you will receive this just as warmly as his debut. Unfortunately, while his delivery remains as sharp and precise as before, his content appears less lucid, less graphic than on his first opus. Now that he has consolidated his position as the crown prince of British urban music and the darling of rabid journos worldwide, Dizzee’s tales revolve more around the pitfalls of celebrity rather than the horrors of inner city life. Of course, this is a minor gripe and Dizzee really sounds as enthused, bratty and insolent as he always has.

One disclaimer though: This is not rap music. I have observed that most people approach Dizzee Rascal’s work as “British hip-hop”, a hopelessly lazy tag bequeathed on to him by less-informed journalists. Not only does this fail to shed any light on what this album sounds like, it also does not justice to grime music as a unique genre of musical expression, suggesting that it is indistinct from American rap. In truth, British rap and grime are completely separate from one another- if you wish try some of the former, try out Taskforce, Jehst, Klashnekoff, Ty and Roots Manuva. Do NOT approach this as a rap album, or you will be perplexed to no end. This is cerebral, intricate and inventive electronically-based music that is certainly hip-hop in ethic and inspiration, but channelled through a uniquely British conduit, interpreted by one of the more intriguing urban poets of recent times. If you have any interest in music in general, I suggest you at least give him a fair try. If it intrigues you, try his album “Roll Deep” and/or his mentor Wiley Kat’s debut “Tredding on Thin Ice.”