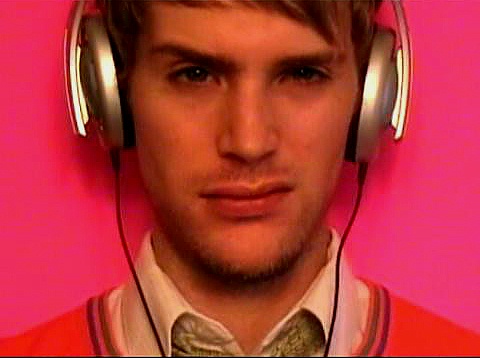 When you think of emcees who are eight or more albums deep into their careers names like Jay-Z and LL Cool J usually come to mind. Vinnie Scullo should, too. The Ohio native released his eighth album, I Spit On Your Grave

, earlier this year and he’s already laid down the beats for his ninth project. Even with that tremendous effort, according to Vinnie less than half of his body of work can earn him any money at this point. “The only ones I can sell are Def Leper, Pimpin Miss America, I Spit On Your Grave and this new one I’m working on,” he explains, “my mixtapes were albums, it’s just I didn’t have any money to pay Green Day to use their sample.” Over the years Vinnie’s feuded with some interesting folks, including having a very real beef with Ashton Kutcher during a stint as a Hollywood extra. With I Spit On Your Grave, however, he’s feuding with something completely different – political ideologies and the anger they create in people. This week RapReviews caught up with Vinnie to find out more about ISOYG, as well as the very strange online cartoon series he created called Death Omelet, and why when it comes to making albums, eight is not enough.

Adam Bernard: You are eight albums deep into your career now. After eight albums are you ever surprised at the amount of things you still have left to say?
Vinnie Scullo: It’s weird, I have absolutely no shortage. I do concept albums. I have a feeling that vibes with me and I cannot complete that vibe until the album is done. For I Spit On Your Grave I was pissed off and very apathetic and cynical and sarcastic the whole way through. How I Met Your Mother was clean, and more of a positive album. See You At The Gap was all about pop culture, and we saw everything that’s happened since that album (which was released in early 2007). When I was talking about See You At The Gap it was still kinda lame for a rapper to be in a Gap commercial. Now you get a Gap commercial and you’re money.

AB: You mentioned you were everything from pissed off to apathetic going into I Spit On Your Grave. Were you looking to tackle something specific with the album? Did you go in with subjects you wanted to talk about, or did it all just flow naturally?
VS: I never think of what I’m gonna write about beforehand. I always have the music first and then the music makes my lyrics. What I’m gonna talk about is always a surprise to me. It’s whatever the vibe makes. That’s what I’ve always loved about Wu-Tang. (Their vibe) puts you in a really bold world, with a noble feeling. You feel like you’re in this dirty chamber when you’re listening to it and you feel like masters are speaking to you. Most people don’t get it. With ISOYG I was pissed because all the political talk, left and right and all that stuff, it was just making me so mad and making me hate the world. I didn’t know what was true, or what was false, and everything seemed to be set up, and everything seemed to be like propaganda for this or propaganda for that, so without thinking of anything I just completely let my music come out. It could be right, it could be wrong, I contradict myself sometimes, but that’s what it is.

AB: Other than the political aspect of it, what do you feel sets ISOYG apart from your previous work?
VS: It’s not safe. It’s not a safe album because I say a lot of stuff that people could totally take the wrong way, or hate, OR have it be one of those things where people go “yeah, he’s right,” and they’re people I hate. Like, “totally, foreigners suck!” It’s like, OK dude, I don’t mean I hate foreigners, it’s just music. I was mad at everybody, including myself, and in that album I was angry that the world was making me that way. I was an American, 29 years old, living in the world in 2009. That’s what that album is. Confusion. Trying to put the cards down and they’re tarot cards.

AB: All that anger, but less cursing.
VS: Yeah, it’s a little weird. As I get older I find myself wanting to curse less. It’s kind of like smoking, because I smoke, but I kind of want to quit because I’m sick of feeling like a piece of garbage when I’m around people. ISOYG is my last album trying to fight with people, trying to tell people stuff. I’ve done that. I’ve said my piece and now I can be happy and do my music totally free. It was kind of like my last album to show people look, I can rap, I’m an emcee, I have songs, I believe in what I say. What I said before kind of contradicts that, but like I said, I contradict myself.

AB: Contradictions aside, in your music you say some things that are tongue in cheek and you say some things that are serious. Do you feel it’s always obvious for the listener?
VS: I hope it’s not. I listen to ISOYG, actually, and sometimes I’m like, “I don’t know why I said that, I don’t believe that at all,” but I was just so mad. I like discussions with people that I really disagree with. I’m the type of person where I might say something and then if someone gives me really good points as to why I’m wrong, I might, at the end of the conversation, be like, “you know what, you’re right, actually.” What I stand for is I’m willing to learn. I’m out there, I’m learning and I’m speaking and I’m doing whatever I can to figure my own self out.

AB: So tell me about the album you’re working on now, the one you just finished all the beats for.
VS: Here’s the concept. I was thinking about hip-hop and I was thinking about how it’s not ANYTHING like it was when it started, and I was thinking what’s missing? The beats are different. They got a little strange and very perfect. So how did hip-hop start? People wanted to speak and they had no way of really doing it. Poetry’s boring, so they scratched records and made beats out of music that was already existing. That’s how I always did my mixtapes. So I’m like OK, think, something that’s never been done that you could actually do well, and how are you going to be completely Vince? I’m always completely Vince, but the Vince now is different. I have a girlfriend now, I’m 30, I’m an adult. So I’m like OK, I’m gonna use drums and a bass, that’s it, and it’s up to me to see if I can make an album. I did all the instruments with my mouth and the singing is all me. Basically I sampled my own voice and I turned them into instruments. I know Rahzel was hit or miss when he did that, but it came out so freakin good, I’m so excited. This is gonna be insane.

AB: Keeping with the theme of excitement, when it comes to hip-hop, what are some of the things you love about it?
VS: I was just thinking about this. It’s one thing. You know that part right before, when the beat is down, maybe it’s stripped out, it’s minimal, and it’s right before the beat comes in, for instance an M.O.P. song, or something that Primo does, where the beat drops and when it kicks in it’s just full and it gives you chills and it’s very triumphant. It’s like winning. It’s like the baseball coming in and you swing, that’s when the beat drops down, and then you hit a homerun, and that’s the best feeling ever. You don’t even feel anything but that amazing smack of the bat and it just goes over. That’s why I love hip-hop, it’s a homerun every time you hear good hip-hop. It’s amazing. It just makes you feel so good.

AB: What are some of the things you can’t stand?
VS: Everything else. No, I hate how fake it is. Everyone talks about it being fake, but it’s SO fake that it’s ridiculous. People trying to be cool. That’s another thing, why are all these rappers just kids that were in high school that just wanted to be cool so bad? It’s not like people really liked music and they were like “I like hip-hop, I want to do that.” It was because people wanted to be cool so they started being rappers and now they’re getting paid for it. They have no concepts to songs, no melody. Say what you want about Eminem, but his rap voice, he knows how to harmonize, harmonize rapping. 50 Cent also did that well on his first album. Like Bone, people like that, they know how to do that stuff. That’s what I always hated about Kanye West, and people never saw it. First of all, when you look into his eyes you know he sucks, but when you hear him rapping it just doesn’t go with the music, it’s like someone singing off-key.

AB: Which is weird, since he’s also the producer.
VS: It is weird and it makes me just think he sucks as a producer. Some of his stuff is good, but you never know, he might have a bunch of people doing his stuff and he pays them. Who the heck knows in this world?

AB: I wish I could tell ya. Switching gears significantly now for my last question; tell me about your cartoon. What’s in a Death Omelet?
VS: Oh my God. I shaved my head a while ago, I don’t have a shaved head anymore, and I made these cartoons. I don’t know why, I never thought about it. They were on note cards. I put em out and there were all these characters, so I turned the mic on and I just started having conversations as these characters and killing them. I taped it, cut it up, and put it on these shows. I have music that comes in, I discuss these characters’ randomness, and then I kill them. Sometimes I watch it and go “I have no clue what this is.” I don’t really know what to tell people about it because there’s no concept, I don’t write any of it, I don’t plan any of it. Imagine making a cartoon, spending so much time with these little details, and having it not planned at all. I guess you could say I’m kind of like Robert Crumb. When he draws he has no clue what he’s about to do and he lets his subconscious speak for him. If you could see that, that would be pretty cool. If you could see what your inner thoughts really are, that would be amazing. That’s what I do, that’s why I can’t stop creating, either art or music, because I just learn about myself. I think I’m really weird, so I like to see what I come up with.