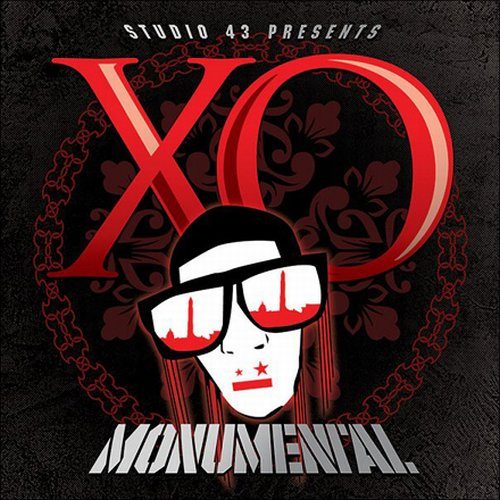 XO is the stage name for DC rapper Jamaal Walton. I first heard XO on the Diamond District mixtape “In the Ruff.” I was impressed with him on that project, so I downloaded “Monumental,” which was released as a free download in June. I loved the Diamond District album, but I was thrown by the harder edge of “Monumental.” “In the Ruff” had a classic East Coast sound, but “Monumental” is more present-day East Coast, complete with polished beats and ubiquitous references to getting high and getting laid. After half-listening to it once or twice, I decided I wasn’t feeling it, and it got lost in my hard drive.

A funny thing happened, though: Every once in a while, when my iPod was on shuffle, a banging track would come on that I didn’t recognize. More often than not, it’d be XO. Finally, I decided that “Monumental” deserved another chance, and I came to like it. AB the Producer gets a lot of the credit; he produced the entire mixtape, and supplies a mix of soulful beats and more contemporary sounds. His beats have the polish of mainstream hip hop, but with the gritty trunk-rattling bass of underground boom bap. Songs like “Crabs In A Barrel,” and “For Real Niggas Only,” and “43ver” use classic soul samples to good effect; “She Wanna,” with its hi-hat and pulsating synths sounds like a Southern club banger, and “Man In My City” has a similar Southern feel; AB even supplies some latino funk on “Idle Hands,” which features Gordo Brego rhyming in Spanglish.

Lyrically, XO spends most of the album rapping about getting high and getting laid. Of course, he’s 23, and sex and drugs is pretty much what 23-year-olds think about most of the time. There is also a deeper side to XO; like Kid Cudi, XO’s love of weed is due more to depression than a love of partying. “I smoke a jay to take the pain out,” he raps on “All I Had. “And if I wasn’t high I’d probably blow my brains out.” Clearly there is dark shit going on in his head.

He doesn’t have the lyrical finesse of fellow DC-rapper Wale. XO wields his rhymes like blunt objects, hammering haters over the head with them. XO is focused on being real. His flow can seem simplistic at first listen, and there are moments in the album where he relies too much on swagger and not enough on lyricism. There is a complexity and cleverness underneath his tough guy exterior, however. Like Lil Wayne, he’s skilled at flowing from the top of his head, and he has a knack for coming up with memorable lines, usually with a sense of gallows humor. “Life’s a bitch, but fuck it, I’ll keep her,” he says on “Crabs In A Barrel.” On “Idle Hands” he raps:

In the same way that AB the Producer’s beats straddle the line between mainstream and underground hip hop, there is a tension in XO’s rhymes between a backpacker’s sense of introspection and good ol’ ignorant shit about fucking and smoking. I liked “Monumental” best with the XO’s introspective side won out, but even a song about slutty women like “She Wanna” works pretty well. “Monumental” has solid beats and rhymes, and should hold you over until his official album comes out. His group Diamond District just released their debut album, as well, and Wale’s debut has been scheduled to come out since September 22.  DC looks about to blow up, and “Monumental” is a good example of what the region can offer.