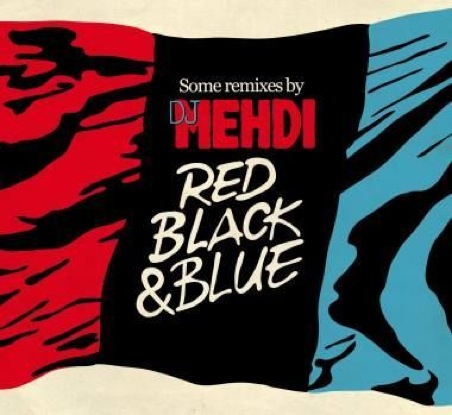 For many DJ’s and music producers hip-hop has been the gateway drug to the world of deejaying, dance music or even music period. Biographies especially of European DJ’s often mention a past as a hip-hop DJ. Whether they are still spinning or have moved on to producing music, professionally they have left the field of hip-hop behind and moved on to abstract, downtempo, techno, drum ‘n bass, club, house, trip-hop, electro, and what have you. This is a known fact of several ’90s key players in the United Kingdom (J. Saul Kane, Smith & Mighty, Massive Attack, Liam Howlett, DJ Hype, Nightmares on Wax, Coldcut, Goldie, A Guy Called Gerald).

In France domestic rap and dancehall enjoyed popularity throughout the ’90s, so the establishment of an electronic music scene initially didn’t attract many hip-hop heads. Still the siren song of dance music eventually grew stronger. Zdar and Boom Bass of house duo Cassius were known as La Funk Mob when they worked with MC Solaar during the greater part of the ’90s. House sensation Bob Sinclar startded out as Chris le French Kiss spinning funk and hip-hop in the mid-’80s. Producer Doctor L was a member of legendary group Assassin. DJ Cam’s hip-hop background is as obvious as DJ Shadow’s. Versatile Records’ DJ Gilb’R, in-demand remixer, began as a hip-hop DJ on Radio Nova in Paris. Electronica turntablists Birdy Nam Nam feature longtime hip-hop jocks Crazy B and Pone. And then there is DJ Mehdi. Initially a member of group Ideal J in the mid-’90s, in his hip-hop past Mehdi did tracks for top-ranking French rap acts such as 113, Pit Baccardi, Rohff, MC Solaar, Assassin, Fabe, KÃ©ry James, and Manu Key.

Approached about his beginnings, he replied in a ’09 interview: “Since I first developed the appetite or the ambition to make music, or just to simply be a DJ, it’s always been to do rap music. In other words, rap predates my desire to be a musician. First I wanted to dance, then to write graffiti, then to rap, then to beatbox. I was into hip-hop, then I became a DJ, composer, etc.”

DJ Mehdi’s later musical progression was a natural one. He cites personal relationships and his general interest in music as his main inspiration, particularly Zdar and Boom Bass’ mid-’90s forays into electronic music (as Motorbass and Cassius) as well as French house powerhouse Daft Punk. He set up a label, Espionnage, with longtime friend Manu Key, whose first twelves were strictly rap, before a subtle electronica influence began to show itself in the acclaimed “(The Story of) Espion” longplayer (’02). He was seen touring with Morcheeba, did remixes for pals Etienne de CrÃ©cy and Cassius, appeared on a Blue Note Records remix project, and eventually signed with his manager Busy P’s Ed Banger Records.

This is where Mehdi spent the last four years, now a labelmate of Justice and Mr Oizo, releasing another notable full-length, “Lucky Boy,” in ’07. “Red Black & Blue” compiles some of his remixes from that era in a visually appealing CD package. The liner notes sum up Mehdi’s attitude towards making music and particularly remixing. He cites Daft Punk’s “Homework,” DJ Shadow’s “Endtroducing…,” and Danger Mouse’s “The Grey Album” as influences and credits The Neptunes, Timbaland, Rockwilder, and Swizz Beatz for bringing hip-hop back into the fold of dance music. In Mehdi’s words, ‘It’s always been the same music, produced by the same people, using the same tools and instruments. After 20 years, Afrika Bambaataa was finally right.’

“Red Black & Blue” confirms this to no small degree. Especially Mehdi’s drum patterns are often distinctly hip-hop – not so much in sound but in style – compared to the originals (Etienne de CrÃ©cy’s “Out of My Hands”). He also tends to tone down the more radical aspects of dance music and replace them with more natural melodies (David Rubato’s “Circuit (The Party Mix)”). But as he tells us in the liner notes, there are various approaches to remixing, depending on how the remixer feels about the original. For whatever reason, Mehdi’s take on Holy Ghost!’s “I Will Come Back” is close to the source material, possibly because “I Will Come Back” was a flawless dancefloor gem to begin with. Santigold’s “Lights Out” retains its indie rock bass, but gets a straightforward dance beat shoved under it. On the other hand he extracts the disco sass from Sam Sparro’s “21st Century Life” and replaces it with his own brand of sparse funky-ass shit.

If you’d want to gauge DJ Mehdi’s current allegiance to hip-hop by “Red Black & Blue” alone, you’d probably come to the conclusion that the 32-year-old has taken his official leave. MURS is the CD’s only rapper, macking “rave chicks,” name-checking the late DJ AM, and sending shout-outs to “all my black people in France for being the only other niggas to burn some shit down when the white people fuck with you” on Busy P’s “To Protect and Entertain,” to which Mehdi adds a cinematic scope with ominous strings, bells and reverberating bass. But the real bummer about the 54-minute compilation is that it is a DJ set with several segments clocking in under half a minute. One track even lasts only 8 seconds. Why not include a second CD with unmixed tracks?

With such dance music characteristics “Red Black & Blue” is not going to speak to the hip-hop head in you. Mehdi himself wonders about the lack of rappers and scratches on his own record. But he seems to accept his output as it comes, always putting his own enjoyment first, going where his hands and ears take him, as he puts it. From the outside it looks like Mehdi found a new crowd to hang out with and prefers remixing indie artists that already possess a dancefloor bent (Chromeo, Steed Lord, New Young Pony Club, CSS). In reality he’s still tight with members of his old Mafia K’1 Fry posse, considers Drake one of the year’s top artists and has labelmates who admire J Dilla and The Alchemist. Video clips such as “I Am Somebody” (off “Lucky Boy”) and “Breakaway” featuring graffiti legend Futura 2000 (off “(The Story of) Espion”) clearly document his b-boy side.

Born to Tunisian parents in the banlieue of Hauts-de-Seine in northwestern Paris, Mehdi is a typical product of urban France. Elected the musical backbone of rap acts Different Teep and Ideal J at a young age, he was to a certain degree forced to deliver what the rap scene demanded. In a revealing statement he made in ’01, he looked back on those years: “I had the feeling of repeating myself and I had it up to here that French rap was sad and slow, that it aspired to American archetypes. (…) If you take “The Sun Rises in the East,” “Wrath of the Math,” “Enta Da Stage,” “Dah Shinin’,” the first Wu-Tang, “The Infamous” and “Illmatic,” you own the key to the entire French rap output between ’93 and ’97. Everything we liked and did was influenced by the beats Premier did for Jeru. The guys were rapping like Buckshot or Smif-N-Wessun, the ghetto and all that was the main topic, everything was inundated by American realities, which utlimately corresponded with ours to a lesser degree.”

Let’s face it, being a hip-hop producer or DJ can be limiting. There are other audiences and artists out there that allow the tired beatmaker and discjockey to spread his creative wings. But as Timbaland and The Neptunes (and many, many others who helped push hip-hop foward) demonstrated, there’s always the possibility to take the lead and pursue new directions. Mehdi himself doesn’t deny that he would have found rap collaborators, even within his own crew. As he says, “Rap and electronic music have common roots. The truth is that artists mingle more easily than audiences. In France, we have very interesting rap and electronic music scenes, and we meet each other all the time! We’re in the same record shops, eat at the same spots, etc.” And so he took on the challenge to go from making tracks for his rapping homies to spinning for the global party people – without foresaking his hip-hop background, as nothing obssesses him more than“melting the Ultramagnetic MC’s aesthetic with a Boys Noize-type set.”

The producer who by his own account approaches dance music with hip-hop techniques, doesn’t want to be a standard bearer for genre fusions. He’s simply a hip-hop dude who found out he’s a musician. “Zdar, Boom Bass, Masters at Work, Daft Punk made me discover an entire part of music I wasn’t familiar with that grew on me. I don’t like everything, but I found that there’s an interesting drift, starting with the same process of production, meaning samplers and samples, as if we came from the same trunk and were two different branches. But let’s be clear, the cultures are not the same, the message of house is simply: Dance! Have fun! I think it’s definitely less elaborate than rap.” “Rap is foremost something that is said, a message. There’s an important social connotation, even when the raps are just funny. So it’s difficult to envision rap music without a rapper.” “Regarding production techniques, I use the metaphor of a football, which can be used in a completely different way between South America and Europe, as if you discovered a whole other style of football.”

“I’m sometimes closer to the guy who lives across the floor who does house or rock than to a guy who lives in Atlanta who does rap,” observes Mehdi. He’s certainly right, but while “Red Black & Blue” serves as a reminder that there is more than hip-hop, it neglects that there is also more to hip-hop. It would have been great to hear Mehdi implement his vision of culturally more independent rap music. As it stands, he pursues his love for funk in another genre. At this point he doesn’t rule out coming back to rap, but “Red Black & Blue” leaves little indication that electronica is his thing now. Be his guest if you’re open-minded enough to check out his compilation. As an entree, you can treat yourself to “Black Black & Black,” the free assembly of remixes he couldn’t clear for the project – featuring Busta, Ghost, Cudi, BIG, and Nas.