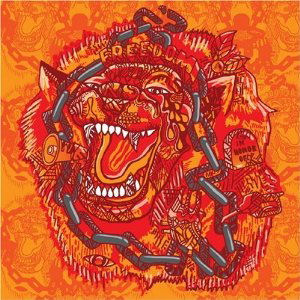 Music is a culmination of roots, culture, and poetry, all of which rapper/singer Kae Sun consists of. Born in Ghana and relocating to Canada, Kae Sun’s influences are unmatched. At an early age, he was exposed to cultural influences of Ghanaian folk chants, roots reggae in Accra, and soul music from his family. With this inspiration, Kae Sun uses this to express his music through poetic verses both sung and rapped. His deep rooted cultural influences flourish throughout his music as he incorporates his values of community and faith into his lyrics while maintaining a perfect balance. Backed by endless knowledge and influence, Kae Sun gathers his experience in the release of his debut album “Lion on a Leash.”

Kae Sun stands to be unconventional as he shows his resistance to conform and unwillingness to be conventional as shown in the title track as he says:

“They wait until we dead before they honor us
Guess they tried to put some fear in us
You can’t keep a king inside a cell
Can’t hold a lion on a leash
Brave, brave hearted people
Speak on all you see that’s evil
Speak when some not treated equal
Wise grow wiser
Strong grow stronger
Declaring righteousness over yonder
Don’t let them mould your mind
They can’t hold a lion on a leash”

With his cultural and poetic influences, he sets the tone for the rest of the album with this track as his other songs follow suit with a similar theme of non-conformity, political activism, and freedom. As an electric guitar summons “How Long,” it is clear that the message Kae Sun delivers is one of resolution. He seeks for answers as he questions, “How long shall they cry?” He also questions the sacrifice of today’s youth in “Too Young, Too Soon” as a flute and saxophone blare. It’s apparent that Kae Sun is affected by dying youth due to crime, violence, and warfare as he takes a stand on the issue. However, Kae Sun’s execution is a bit haphazard, as bouts of lyricism fit in awkwardly amidst an interrupted musical sequence.

He continues to explore social issues as he compares society to the “jungle” in “Jungle Law.” Kae Sun successfully shows off his talents as a rapper as he explains the state of the world and how it is ruled by nonsensical law. Referring to the world as the “jungle,” Kae Sun emphasizes its instability and continuing hardships. With its extraordinary beat, ethereal wails, and clever rhymes from Kae Sun, “Free” is one of the more impressive tracks on “Lion on a Leash.” He discusses how to live free as it is “what we were born to be” and shows how to live life with your own rules.

Adding some variety to “Lion on a Leash,” Kae Sun decides to stray away from the social issues and focuses his attention on love. He introduces a couple of love songs including “Giving the Distance” and “Blow at the Stars” which professes his affection and dedication for his loved one. With subtle instrumentals, Kae Sun’s versatility shines as he shows off his talents for making tracks from one spectrum to the other.

Kae Sun’s talents are unmatched with his production, rap, and singing skills. His ability to incorporate his many talents into one album is amazing as he truly reminds me of an earlier K’Naan. Although his rap skills far exceeds his singing skills, his ability to switch back and forth brings variety to the album and shows his resourcefulness within his music. His messages are clear, yet not too preachy or political as he remains consistent throughout the album. Clearly, his Ghanaian roots and reggae influences are clearly heard throughout the album as he shows his intent on fighting for struggle and freedom. With this in mind, he is a perfect example of his title, “Lion on a Leash,” as it is apparent he lets nothing stand in his way or his music.