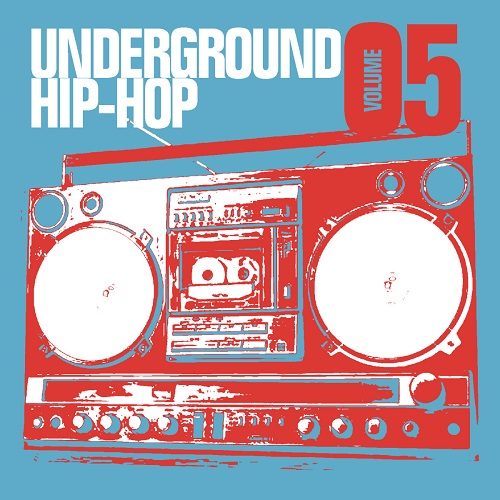 The fine people at last looked at one such compilation Matt Jost had this to say: “All contributions here are somewhat on the same level in terms of quality. Once you’ve adjusted yourself to that level, there’s little to criticize, which is certainly something the compilers can be proud of. The downside of this unison is that hardly a beat, hardly a verse stand out, whether on this sampler nor in the greater scheme of things.” It’s not as though Matt said the album was boring or unlistenable, but he may still have damned the very thing he set out to praise. Compilations are a tough sell even in the best of times, and the economic structure is much tougher now than it was then. For “Volume 5” to succeed it needs songs that REALLY stand out – hits even before the actual CD hits stores. That’s what made Soundbombing and Definitive Jux compilations so vital once upon a rhyme – the leaks were next level and the albums lived up to that potential.

I can’t report that anything major leaked off “UHHV5” that had me chomping at the bit to get this shit, yet receiving the press kit got me open just based on the lineup of contributors – DL Incognito, Moka Only, D-Sisive, Muneshine, et cetera. While it’s true that the Toronto-based URBNET tends to have a “Northern Touch” to their rap releases, it’s also true that each of the above names represents the upper echelons of Canadian hip-hop lyrically and musically. D in particular starts things off on the very first track “Ken Park,” with a harrowing instrumental backdrop and a series of grim samples scratched in to the opening notes: KRS-One, Scarface, Biggie Smalls and MC Lyte all taking about lives cut short. D-Sisive (pronounced “decisive” for the know nots) lives up to this hardcore boom bap horrorcore with appropriately dramatic rhymes:

“I sing to the sky, serenade stars
Spit sick ’til they carry then bury my corpse
Again, the reincarnation of Jim
Grin in the faces of sin, grim
Pray for the songs that I pen
Pray for the generation that my pain in-fluen-ces
anybody out there lis-ten-ing
I miss you but I don’t want to miss a thing
I wish I could kill what I think I am
But I live for the flowers and whispering
So silence, D-Sisive’s rhyming again
while aiming a nine at my brain”

The delivery of the the lyrics is really key here, as D makes effective use of his occasionally monotone flow by putting exactly the right emphasis on syllables and rhymes at the right time – an expert display of breath control and musical sensibility. It’s legitimately comparable to Talib Kweli and Black Thought – things that don’t seem like they should work read on paper sound brilliant once they’re given oration. The follow-up features the lesser known Miles Jones, but as he’s flowing over a Black Milk instrumental on “Never Too Late” it’s another hit for the compilation. At this point Matt’s words about “consistent level of quality” echo in my brain, but before those words can sink in Kae Sun blows the doors open on “Free.” This song EXCEEDS the average set by the first two tracks by pairing a stripped down bass and piano beat with Kae’s energetic and emphatic lyrical delivery, sounding eerily like Nasty Nas from his “I shoot slugs from my brain just like a rifle” days:

“For liberty was love, he lied in the name of love
An eye for eye, tooth for tooth as new recruits
in dusty boots they know not truth
They sign for the action, just before the enemy shoots
What’s a slum? A city is a state of mind, blind
Well I can’t see a need for time, I’m
on the verge of reality, I live there
Twice as open as any artist should be there
The crime, prison, industrial complex
Now that your empire’s crushed what’s the context?
You do the math when the math is done
As black and white agree and see every race wants to be free”

Whatever Kae Sun is on, I want to hear more of it beyond this compilation and I want it IMMEDIATELY. In fact my only fear is that Kae Sun set such a high standard on this track that anything else may be disappointing by comparison. Unfortunately after getting progressively hotter for three straight songs OK Cobra’s “Beautiful (Southwest Remix)” drastically slows things down. Okay OK, you’re not a terrible artist, but I want readers to imagine what would happen if you crossed Matt Shultz from Cage the Elephant with the ORIGINAL Cage of “Agent Orange” fame and then asked the hybrid to read raspy spoken word poetry. Under the right circumstances I could appreciate it and respect it, but after Kae Sun’s high it comes off as a real low, so if you’re going sequentially I suggest you skip straight to Moka Only’s “Hardly Say” featuring Pharcyde’s famed Bootie Brown in the mix.

From here on “Underground Hip-Hop Volume 5” is a bit of a roller coaster for the listener, which forces me to abandon the whole “consistent quality” theorem in favor of a more fitting scenario. I would suggest to the reader that the truth of this new compilation is that there’s a standard baseline of quality below which no song will sink, but that most songs are above it, and a few are WILDLY above it. There are several big surprises in which artists come in well over the baseline, but the names you’d expect are also on this list too. The self-produced and highly slept on Juno award-winning DL Incognito wins again on “A Little Like This” and even though you’ll guess the Slick Rick sample in advance you just can’t hate on it. Tru-Paz “Travellin'” featuring D-Squared compares reminiscing on your history to being a fourth dimensional navigator a la The Doctor, and a well placed Black Moon sample drives the point home well. Dragon Fli Empire’s “Rise” featuring Masta Ace should keep their stock on the rise too, which has been climbing in value ever since their “Intermission EP” in 2008. Other standouts include Ghettosocks’ all-star track “U Ain’t This,” Muneshine’s soulfully produced and executed “Gotta Feeling” featuring D-Sisive and Shad, and Rel!G!On’s very Madvillain inspired “Lucid” w/ Moka Only & E.D.G.E.

With 18 tracks on tap, “Underground Hip-Hop Volume 5” is a heady and occasionally heavy dose of what the Canadian scene has to offer, but thanks to a baseline level of quality it never gets boring or becomes unlistenable – though one or two tracks like Gee Wunder’s “Kid Out the Hood” and KJ’s “Repeat” are skippable. There are plenty of stars in the making here (particularly Kae Sun) and a few rappers who already are big stars – at least North of the the 49th parallel. Perhaps this volume will make more people who are South of it converts. Underground hip-hop fans won’t be disappointed.