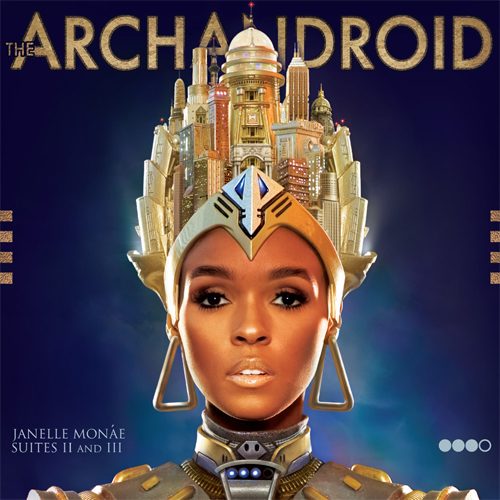 How do I know this? Because her recent release, “The ArchAndroid,” begins with a classical overture, and, after this overture, Janelle dabbles in rap, soul, folk, psychadelia, metal, and more classical overture with features ranging from Saul Williams to Big Boi to Of Montreal to Deep Cotton. “ArchAndroid” is a truly ecclectic album, in every sense of the word.

And what is so refreshing about the LP is that Monae did not make an ecclectic album for the sake of diversifying her fan base or making connections within the industry or because she wanted to earn her 15 minutes by posing as a novelty act that people would label “ecclectic.” “ArchAndroid” is ecclectic for one reason: because Janelle Monae loves music.

Perhaps the best evidence of this renaissance woman’s passion for music is how she employs her handful of features. Instead of supplementing her own neo-soul oriented style by throwing a rock band on a chorus here, or a rapper on a bridge there, Janelle consistently adopts the style of the features, demonstrating both her humility and dynamism. Take the fast paced rap duet, “Dance or Die,” featuring Saul Williams. Ms. Monae is not first and foremost a rapper, but on “Dance or Die” she adopts the spoken world style of her guest, and quite adeptly so. On “Make the Bus,” featuring indie dance rockers, Of Montreal, Ms. Monae trades bubble gum verses over nauseatingly infectious acid-trip pop. While on “Tightrope,” featuring Big Boi, JM doesn’t adopt Outkast’s brand of hyper-intelleligent dirty Southernism, her channeling of James Brown still effectively matches Big Boi’s own swagger. In short, Janelle is the opposite of the artist who features Lil’ Wayne because he’s the guest du jour. She features her guests to push her own boundaries in an effort to construct a genuinely well-rounded record.

None of this is to imply that Monae is incapable of switching between genres sans feature. While there are perhaps one or two more light soul tracks than this critic would prefer, she is, on the whole, able to stretch across musical forms with remarkable ease. “Oh, Maker” finds Janelle brilliantly chanelling Joni Mitchell over a well-placed drum machine. “Wondaland” and “Mushrooms and Roses” are probably most grounded in the post-“Revolver” Beatles. On “Come Alive (The War of the Roses),” Janelle checks her smooth delivery at the door and screams over incendiary dance metal. Monae employs a lot of styles, and the farther she diverges from the Bad Boy repetoire, the better she gets.

Without an incredible amount of talent, none of this would be possible. Janelle Monae is a gifted singer-song writer. But, make no mistake, the reason “ArchAndroid” is such a good albums is not because of Janelle’s natural talents. The reason “ArchAndroid” is so good is because, from minute one, it is so apparent that its author loves music. And for those of us that love music, that’s a real treat.