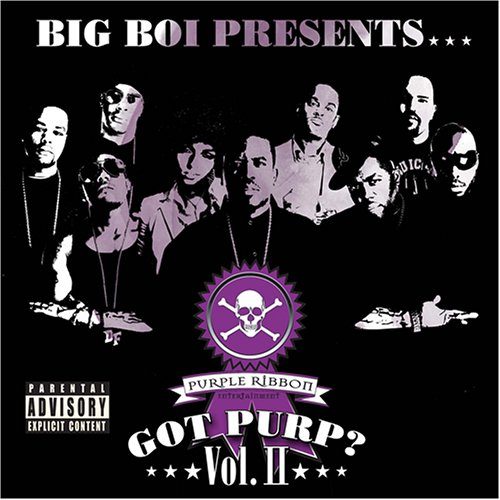 There are only three guarantees in life: death, taxes, and good Outkast albums. The ATLiens have defeated the odds by never having dropped a wack album (my opinion, yes, but find a reputable critic who disagrees). What makes this feat ten times more amazing is that the duo refuses to stick to one proven sound, instead steadily evolving and pushing boundaries with each subsequent release. Are there two albums more polar-opposite than “Southernplayalisticadillacmuzik” and “Aquemini”? Sure, there may be one album that doesn’t float your boat, but you can be damn sure that, of the music-buying public, more people liked that album than hated it. I call it the “Jay-Z effect” (I refuse to acknowledge “Unfinished Business” ever happened..). This is what makes rumors that Mr. Benjamin is leaving his mic behind all the more painful. There’s little doubt that the next (and probably last) ‘Kast album, the soundtrack to their upcoming movie “My Life in Idlewild,” will be one of the most highly anticipated albums of 2006.

In the meantime, with Dre off to prove his acting chops, Big Boi is left to carry the musical torch. Hip-hop’s favorite dog breeder debuts Purple Ribbon Records, bringing over artists from the defunct Aquemini Records he once co-owned with Dre as well as southern stalwarts Goodie Mob and Interscope outcast Bubba Sparxxx. “Got Purp? Vol. 2” acts as the label’s shiny-floored showroom and succeeds in generating interest in PR’s 2006 coupes, sedans, and SUVs.

The first impression you get from the album is that it has a similar vibe to Big Boi’s lauded “Speakerboxxx.” Considering the widespread love shown to “The Way You Move,” it’s common sense that the compilation would include a handful of smooth R&B tracks (“Me, My Baby, and My Cadillac,” “You Got Me,” “Time Will Reveal,” “What Is This,” “Letting Go”) to complement the usual raps, which in this case are heavily influenced by the mid-90s, smooth-as-a-summer-breeze ATL sound (“Dungeon Family Dedication,” “Claremount Lounge,” “Hold On,” “808,” “Love This”). Those who remember the Dirty South before crunk and the No Limit movement know that this was the sound that prevailed in the A, made famous by the early Dungeon Family releases. But as I mentioned, this is more “Speakerboxxx” than “Soul Food,” so of course Boi spices things up by incorporating crunk-juiced trunk rattlers (“Kryptonite,” “Body Rock”).

One of my personal favorite tracks is Killer Mike’s tribute cut “Dungeon Family Dedication.” Dude spells out Hotlanta history like a beefless “Last Real Nigga Alive” over the “Aquemini” instrumental:

“God damn, is there a curse on Dungeon Fam’?
Cause Goodie Mob broke up, the DF album hit a jam
Before Lil’ Jon had the grill in his mouth
Khujo Goodie had the dreads with the grill in his mouth
And Bubba Sparxxx gave you the phrase “New South”
Like Cool Breeze gave you the phrase “Dirty South”
Is it only me or does Pharrell remind niggas of Sleepy Brown back in ’93?
I know it’s been like twelve Decembers, just remember:
‘All the playas caaaaamme, from far and wiiiidde…'”

Other standouts include the contagious thumper “Kryptonite,” the soothing crooning from Scar (with assistance from Cee-Lo) on “What Is This,” and the uninhibited freakfest “Love This” from newcomer Konkrete. Ironically, the only truly unlistenable track also comes from ‘Krete, “Shit Ya Drawers.” His verses aren’t terrible, but the chorus, which breaks into an imaginative string of “punk, bitch, punk, bitch..,” makes this a fast skip. Other than that, the album itself doesn’t have glaring problems. One thing that might tick off some listeners are the seven (damn!) interludes, but I didn’t see this as a big problem 1) because most of them are instrumental interludes (only a few annoying, unfunny skits) and 2) they’re used to take the edge off the transitions between tracks, especially useful considering the broad range of sounds and tempos across the album. Chops’ spectacular “Virtuosity” album accomplished this concept last year and Big Boi’s comp is comparable.

“Got Purp? Vol. 2” manages to be one of the best releases so far in a disappointing 2005. Big Boi proves that he’s ready and willing to move on to the next stage of his musical life, taking the power seat like a certain Brooklyn lyricist-turned-president. His expansion team has a strong opening-day showing, though it is apparent that the star players are the vets (Goodie Mob, Killer Mike, Bubba Sparxxx) and the crooners (Scar, Janelle Monae, Sleepy Brown). The rookie emcees need some development, but with a supporting cast like this, they should be ready in no time.